It’s never too late to learn a language 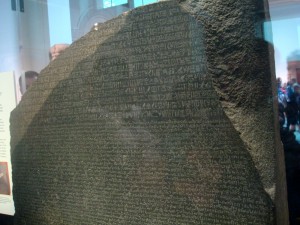 “There’s a Rosetta Stone for every language out there – it’s never too late to use it.” Flickr/waldopepper

Since GCSE languages were made optional in 2004, the number of entries has dropped by around a third, with A-Level French and German also suffering a hit. This trend might seem surprising to anyone who went to school on the continent. After all, In Germany, France and Italy, learning a foreign language from primary school until high school is the norm. When I moved to England after having lived in Italy for ten years, I did not understand why people were giving up on languages so early on. I had always been taught that learning languages was necessary and just something you learnt without question. Yet, at AS Level, there were just four of us in my German class. It seemed that languages just did not have the same appeal as History or Maths.

Perhaps in the UK we underestimate the importance of languages. The truth is, being able to speak a foreign language looks good alongside any subject or degree. They can make you that little more employable, and as I have recently realised, are actually vital for working in certain sectors. A search for jobs and internships in international development or international organisations, such as the UN, will show that more often than not, being able to speak French and another European language is an essential requirement. So that A-Level French you did because you did not know what else to take might actually come in very useful indeed.

For many, the fall in the number of young people studying languages is one of the worst legacies of New Labour, and a trend which must be reversed. Although English remains the main language for business and diplomacy in the world today, assuming that we can afford not to learn languages because everyone else can speak English is naive. There are hundreds of thousands of European students who are proficient in English, and often even a second language, but a much smaller number of young people here can claim to have such skills. In the future, this may put some UK workers in more competition for jobs internationally. The importance of conflict resolution and disaster aid in the world today shows how many organisations and government agencies have an international focus; they are working to solve global problems across borders. Likewise, transnational corporations are building on the work of the past few decades and are also expanding their worldwide markets to developing nations. This means global citizens who have reasonable knowledge of languages are in demand.

It is never too late to give languages a second chance. In fact, it is great to see that there are plenty of opportunities here at Warwick to continue learning a language, or even to pick up a completely new one. For example, the Language Centre offers language courses at a variety of levels, including Russian and Chinese. It is also possible to study a language as part of your external module, as many of my fellow politics students have done in their first year to compliment their degree. And for those who want to learn a language in a less formal environment, World@Warwick members organise language classes which run every day of the week.

Ultimately, we can only hope that the current government will take action to reverse the downfall of GCSE languages. The introduction of the English Baccalaureate, which encourages students to study a foreign language at GCSE along with humanities, English, maths and sciences, is a start, and it will be interesting to see if this encourages more people to take up a language GCSE. In an ideal world, we would make GCSE languages compulsory again, but this would be a difficult task. In the meantime, the importance of learning a language, whether in school, at a summer school or elsewhere, needs to be highlighted right from the start