What does the Great British Class Survey really tell us about ourselves?

**For those of you who have been unfortunate enough not to have switched on _BBC News_ recently, the BBC has been making rather a great deal of fuss about a new class survey, published on Wednesday. According to the _[Great British Class Survey](http://www.bbc.co.uk/news/magazine-22000973)_, conducted by the BBC and academics from six different universities, the traditional three class hierarchy is now irrelevant. The British class system is now more of a hodge-podge of seven different tiers which can be quite difficult to place in any sensible hierarchy.**

But before I launch into the problems that the survey has, perhaps I should note that it has got some things right. For instance, the replacement of the traditional ‘upper class’ with an ‘elite’ is a far more accurate way of describing the people at the top of our society. Being a member of the landed gentry and nobility might still garner some prestige (although more often bafflement that they still exist more than anything), but by no means does it guarantee power in the same way that being the CEO of a major corporation does.

Yet, the ground-breakingness of this survey beyond its sheer scale is probably not as considerable as the BBC would like to admit. Sociologists have been tampering with definitions of class for decades, especially since the mass deindustrialisation of the economy starting in the 1980s; the rejection of traditional notions of class, it must be understood, is nothing new.

Some critics have been wrong to dismiss this survey as pointless and consider it evidence of a stereotypically British obsession with class; there is considerable merit in attempting to understand class relations within our society. Yet they would not be so wrong in their descriptions of class as a British obsession. Class is an important factor in most western societies, but no other country is as infatuated with classifying itself into different social classes as Great Britain.

The large reception that the _Great British Survey_ has received by the British media and public alike is also indicative of something much deeper. The British are obsessed by class and use it to identify both themselves and others, but since the decline of traditional class stereotypes, many have been desperate to find a theory of class that we can recognise as being both accurate in its empirical description and in its ability to create descriptions with which we can identify.

Unfortunately the _Great British Class Survey_ does not create the latter; it is hard to imagine the ‘Emergent Service Workers’ forming a class consciousness, nor the ‘Technical Middle Class’ taking pride in their ‘social isolation and cultural apathy.’

Indeed, the bemusement with and rejection of these newly created classes by many journalists and bloggers is a telling sign that this survey, compelling though the amount of data collated is, has failed in its analysis to produce an adequate description of the British social structure in the early twenty-first century.

Britain still holds dear its traditional class structure, even if it doesn’t quite fit social reality anymore. A simple observation of current political rhetoric, defined as it is by labels such as ‘toffs’, ‘the squeezed middle’ and ‘working families’, tells us that the three tier system is here to stay in spite of its empirical irrelevance. In any case, it will certainly live on in the minds of British people longer than most of the findings from this survey. 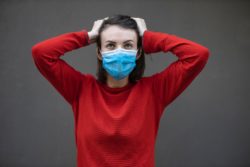 Face coverings are “a matter of common decency”