Denis Avey: To believe, or not to believe?

Few historical accounts evoke emotion like the Holocaust, and few expeditions epitomise the true meaning of the word ‘bravery’ like swapping uniforms with a Jewish inmate to break into Auschwitz.

Denis Avey, a veteran of World War II, claimed to do this in his moving memoir, The Man Who Broke Into Auschwitz (2011), which I have immersed myself in over the Easter holiday. When discovering that the integrity and accuracy of the account has been questioned by a number of publications, I felt robbed and cheated. Surely this masterpiece is not a cynical act of exaggeration?

Co-written by Rob Broomby, a journalist at the BBC, Avey writes of his experiences in the war; the hunger, pain, omnipresent fear of death and the thriftiness required to survive. It is thrillingly written, and done so with the clarity and poignancy of a man who waited 62 years to reveal the full account of his experience, after first being approached by American prosecutors in 1947. But the book, as suggested by its title, revolves around Avey’s astonishing break-in to Auschwitz III.

An obvious question is to ask why Avey only told his story in 2009. The man himself claims that authorities simply were not interested in hearing about his ordeal; instead, he became acclimatised to bottling up his emotions, channelling them through pernicious means. Avey describes screaming in the middle of the night alongside his first wife Irene, even throttling her in unmitigated terror at one point, as memories haunted him. Reticence is entirely understandable if he did indeed experience the horrors of a Nazi concentration camp.

The word ‘if’, though, is hugely problematic. Avey first spoke to the Imperial War Museum on July 16, 2001, where he talked for five hours about his nightmares and the psychological and physical turmoil suffered in war: yet he did not mention the swap. In September 2004 and January 2005, Avey was interviewed by the journalist and documentary writer Diarmuid Jeffreys for his publication Hell’s Cartel; he mentioned losing an eye after being whipped with a pistol by an officer, but once again neglected to discuss Auschwitz. Broomby himself has sought to shield Avey from censure, reminding critics of his Post Traumatic Stress Disorder in the aftermath of the war. So why, then, was he able to talk about so many aspects of the war before meeting Broomby? 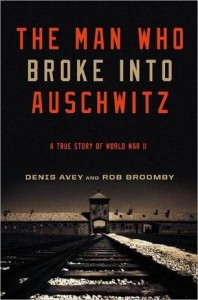 Avey was unquestionably a good and brave man, but accounts of historical atrocities such as Auschwitz must be accurate like any non-fiction. Unfortunately, since the publication of the book, a wide variety of esteemed figures have questioned the accuracy of it. In The Man Who Broke Into Auschwitz, Avey states that he swapped uniforms with a Dutch prisoner called Hans and smuggled himself into Auschwitz III. However, in a talk to Oxford students before the book was published, Avey claimed that he in fact swapped places with Ernst Lobethal in Auschwitz II, a man with whom he had a close friendship and spent years trying to track down through his sister, Suzanne. Unfortunately, try as we might to defend Avey, solving this historical contradiction is pivotal in recognising the book as authoritative.

Survivors from camp E715, the camp next door to where Avey was held as a prisoner of war (PoW), also dispute Avey’s account. Brian Bishop, 91, insists that there is no chance Avey simply swapped places with Hans (or Ernst?): “To do something like that you need to have several people helping on both sides – our side and the Jewish side”. Even the daughter of Ernst Lobethal, Ingrid Lobet, dismisses claims that Avey swapped. Suddenly Avey’s vivid account of seeing a corpse hanging from a gibbet and feasting on potato peelings for breakfast could be interpreted as an insult to those who truly experienced Auschwitz and, indeed, died there.

Quite simply, it is easier not to believe Avey. Auschwitz historians and survivors have been queuing up to question his account, and even co-writer Broomby himself admitted that “he could not verify the account; I just know what Denis is like by looking into his eyes”. Unfortunately, doubts will plague this best-selling, beautifully-written account of a World War II survivor – published in ten countries – because of the lack of evidence. Avey himself was stunned by the reception, stating that “I can’t really believe that people would believe what I did”, and it now seems that people don’t.

I really want to believe the 92-year-old Denis Avey, a braver man than I ever will be. In reality, I wish that I had never read sceptical reviews and that I remained in unassailable awe. But we will never know for sure that it is a truthful account, and for this reason, it cannot be read as a historical publication. 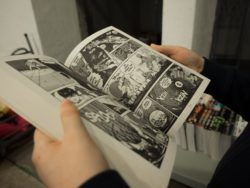 Timeless words: remembering the literature of the Holocaust

Review of ‘The Boxer’: the true story of a Jew in the Holocaust