On the 7th of March, Rafael Nadal returned to the tennis world stage, participating in his first Masters 1000 series since May 2012. Eight months of injury and misfortune meant one of the sport’s biggest characters missed two Grand Slams, the Olympics, and many other ATP tournaments. Nadal’s absence was akin to half a year of football without Barcelona or Real Madrid; the tour was simply missing something. A certain unique style which Nadal embodies was gone, and the sport suffered for it.

The 26-year-old had not played a professional match since his shock defeat to Lukas Rosol in the second round at Wimbledon last year. His ever-troublesome knees kept him out for the majority of this spell, and a stomach bug prevented his return at the Australian Open in January. During this period, Nadal fell out of the top four of the world rankings for the first time since 2005. Because of his chronic and repetitive knee condition, fans and pundits alike began to prepare for a tennis scene where Rafael Nadal did not feature.

In typical fashion however, Rafa’s first ATP 1000 tournament in Indian Wells was also met by his first title since he was plagued by injury. His victory in California encapsulates exactly what Nadal brings to the sport: strength, determination and a never-say-die attitude that one would naturally relate to the cartoons or shows we were raised watching. Nadal had no right to win this tournament, he was only just returning from injury and it should have taken him months to readapt to the tour- clearly, no one had told Nadal. Pundits were left shocked as he cruised to the later stages of the tournament and proceeded to power past Juan Martin Del Potro in a final which finished 4-6 6-3 6-4.

This puts Nadal in prime position leading up to his return to the European clay, his home away from home. Novak Djokovic is the biggest threat to Nadal’s legacy on the red clay. Rafa boasts seven French Open titles and a 52-1 lifetime record at Roland Garos. However, he and Djokovic had pushed each other to the limit during the last clay court season, meeting at every final bar one. Nadal will still be the strong favourite to take all the prizes during the clay court season, but it is after this period that the impact of his return will really be appreciated.

Many will argue that Nadal’s reemergence will have a negative impact on the tour, halting the variety of winners that have emerged in his absence – especially during the clay court season. It is also possible that the Murray-Djokovic duals we have witnessed in the previous two Grand Slam finals will be compromised. However, Nadal’s presence will push both Murray and Djokovic to new heights. The tour was becoming somewhat stale and finals did not offer the same zest as before. Can we really say that Grand Slam finals in Nadal’s absence were of the standard of his astonishing encounters against Federer and Djokovic in recent years?

After the French Open, Nadal’s return will only make the Grand Slams more interesting. With Djokovic and Murray at the pinnacle of their games and Federer showing no signs of fading, the addition of another championship contender means it is anyone’s guess as to who will come away with the Wimbledon and US Open titles. It is down to Nadal to try and break the Djokovic-Murray dominance that the tour has witnessed in his absence. Whether he is able to do so or not, rest assured that he will give everything to push Andy and Novak to the brink. For these reasons, it’s good to have Rafa back. 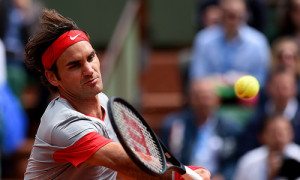 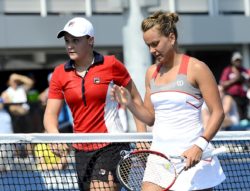