Last month, the Duchess of Cambridge Kate Middleton’s first official portrait was unveiled to the general public. Painted using a sophisticated method of building thin layers of oils and glazes on canvas, the portrait does away with the clutter and pomp of traditional royal portraits to depict the Duchess against a blackened backdrop, gazing directly towards us with a pearl earring visible behind her tumbling reams of hazel brown hair; her lips delicately pursed, as if wishing to speak beyond the confines of the picture plane.

Simple, concise, and elegant in its brevity, the portrait presents the Duchess removed from the social mélée in which she is normally seen in favour of an unidentified setting that accentuates her true identity beyond the realm of tabloid journalism.

On display in the National Portrait Gallery, the painting by Paul Emsley has been the subject of widespread and candid derision. Numerous critics, journalists and academics have been outspoken in their criticism. Even esteemed art commentators such as David Lee, former editor of the Art Review, have entered the foray, labelling it “the most bland and predictable royal portrait in living memory.”

For many, this portrait has become yet another excuse for gratuitous monarchy bashing, just another reason for the champagne socialists and pseudo-critics among us to pan all things royal for its outdated colonialism and antiquated sense of tradition. That it is a work of art doesn’t help the matter, as such typically elitist forms of creativity are the subject of popular scorn at the best of times without depicting one of our nation’s stately figureheads.

The petty and uninformed jabs that have made up the main body of criticism surrounding the painting’s debut are mostly in the form of trashy ‘lowest common denominator’ journalism written with a mind to blindly joining the anti-establishment riot.

In universally trashing the portrait as a failed attempt to render the Duchess as we normally perceive her (airbrushed with painful dexterity), the uproar of the critics (from both the left and the right) has only further cemented the portrait’s place within the pantheon of art history as a great painting.

Sure, most people hate it. But that so many people have gone out of their way to hate it (many choosing to parody it on the internet by superimposing [insert comical image] onto it) testifies to its backhanded success as a cultural icon.

It was practically inevitable that people were not going to like it; people rarely speak positively about portraits of contemporary figures, let alone the monarchy. That I am having to write this article in defence of its aesthetic merit is but further testament to its popularity, as well as the enduring popularity of the royal family as a whole.

In however many years time, when Kate and Prince William take the throne, haggard and weary from the strains of being rich and having lots of free time on their hands, the portrait of our Duchess will receive the praise it is due: as a representation of one of our generation’s icons of stately grace and style. Like thousands of Marilyn Monroe posters and Che Guevara t-shirts, the widespread re-appropriation of this hyper-real painting will only serve to cement its future glory for later generations as a genuine expression of 21st century monarchic taste.

…not like Pippa Middleton’s book Celebrate: A Year of Festivities for Family and Friends 2012. That actually was shit. 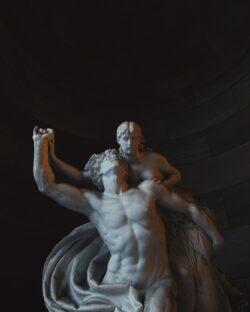 The arts: for health, not just entertainment 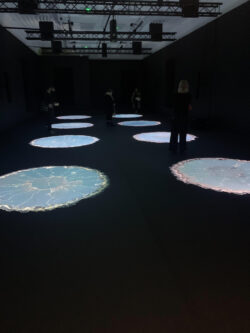