**University of Warwick student, James Beavis, has raised more than £26,000 for charity Crisis, which raises money for homeless people.**

Missing Christmas with his family and friends, he said his motivation was twofold: “I wanted to get people challenging the stigma and stereotype attached to homelessness. People don’t realise how difficult being homeless actually is. Every day is a struggle.
“I only did it for eight nights and nine days, but people go through this struggle 365 days of the year.”

Kervin Julien of Coventry’s Anesis Homeless Ministry reiterated James’ concern. He said: “For some people, [the issue of] homelessness is only raised at Christmas, but it is a problem all year round.

“They were people before they were homeless – sons and daughters, sisters and brothers. As long as this is treated as a topical issue it won’t go away.”

James continued, saying: “The second reason is to gain donations for Crisis. Charitable giving has dropped by a fifth this year. I don’t want the vulnerable turned away just because people can’t afford to support them.”
To this end, James has exceeded most people’s expectations, raising almost £23,000 in donations, which equates to just under £27,000 including gift aid.
The money raised will pay for 1,300 places at a crisis at Christmas centre. These are not just for Christmas; they include medical care and food as well as advice on a range of issues that will last throughout the year. Most donations ranged from £5 to £30, but several individual donations were given in excess of £1,000.

One donation of £1,000 from a couple in Dubai called Gary and Fiona, was accompanied by the message: “James, I don’t know you, but what you are doing is awesome. Stay safe. I hope this helps someone.” Another message from an anonymous donor said: “You should be so incredibly proud of yourself and your efforts. Don’t forget to be selfish once in a while.”

Rather than sleeping on the streets of Devon, where he may have seen people he knew, James travelled to Lewisham, one of London’s most deprived boroughs, during one of the centuries coldest winters. He had with him only a spare jumper, a sleeping bag, and a video camera to record his experiences.

James’ first video diary, entitled ‘Homeless This Christmas – Ramblings Part 1’ has been viewed over 13,000 times on YouTube.In his videos he describes the ordeal he went through and the conditions experienced by the homeless every day.

He said: “I am having to miss a meal to pay an internet cafe to upload these videos.
“This is by far the hardest thing I have ever done. The fear of being attacked and the bone aching cold give you a clear sense of vulnerability, with no sense of hope.” James is also the national convener for the National Student Fundraising Association (NaSFA), and intends to go into a career in disaster zone management.

Having completed the task he set himself, and having raised over £26,000, a figure which continues to rise as people carry on donating, James said: “From the bottom of my heart can I thank everyone who supported, shared, invited, watched, and donated. You have saved lives in the last few weeks.”

Holly Rutland, third-year psychology student at Warwick, commented: “It is an amazing amount of money raised – and for such a good cause. This is a massive achievement! James is a real inspiration.”

James added: “To finalise this project I will be lobbying the government to ensure that, next Christmas, the homeless community in London does not have to go through what they have to throughout the year.
“After that I will be working upon a project called Asylum which looks at the stereotypes surrounding the immigrant community living in the UK.” 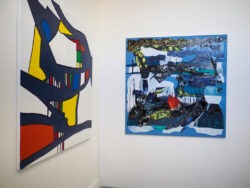 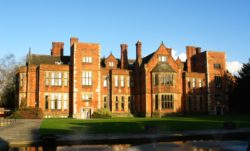 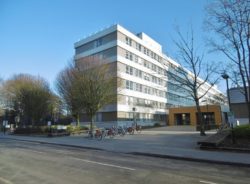