**The University of Warwick has announced that it is to award honorary degrees to a Warwickshire-based actor, a South African novelist, a famous architect, and a former head of the National Trust in its winter degree ceremonies from 22 to 24 January 2013.**

An honorary doctorate is a substantial academic recognition which is granted by a university to a recipient who has not completed the normal requirements for the degree in question. The doctorate is granted to honour the recipient, as well as benefiting the university by association.

Warwickshire-based actor Earl Cameron will be awarded Honorary Doctor of Letters (DLitt).
Mr Cameron first came to the UK on the eve of the Second World War as a member of the Merchant Navy. He subsequently became one of the first black actors to break the unofficial colour bar in the UK with his breakthrough film acting role in Pool of London, a 1951 film set in post-war London.

In 2009, Mr Cameron was awarded a CBE for his services to drama and The Earl Cameron Theatre in Hamilton, Bermuda, was named in his honour at a ceremony he attended there on December 5 2012.

She has previously been awarded the CBE for services to the environment and conservation in 1998, and was later appointed a DBE in 2008.

Prue Leith, who is best known as a novelist, has also been a television presenter, caterer, businesswoman, journalist, and charity worker. Ms Leith will be awarded Honorary Doctor of Letters (DLitt).

Despite being born in South Africa, Ms Leith spent most of her working life in London. She set up a successful catering business, opened a restaurant, and wrote several cook books. She has taken up roles as cooking correspondent or columnist in the Daily Mail, Sunday Express and the Guardian, as well as setting up two chef schools.

Her first novel was published in 2005 and she now has five to her name, as well as an autobiography and several cookbooks.

After studying at Kingston School of Art and the Architectural Association in London, he established David Chipperfield Architects in 1984 and the practice currently has over 180 staff at its offices in London, Berlin, Milan, and Shanghai.

The practice has won over 50 national and international competitions.

In 2004 he was appointed Commander of the Order of the British Empire (CBE) for services to architecture. 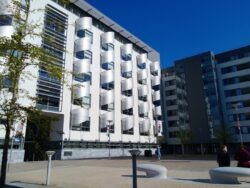 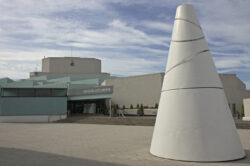 The Koan has returned to Warwick Arts Centre