A student production of The Vagina Monologues has raised over £1,000 for Coventry Rape and Sexual Abuse Centre (CRASAC).

The play, written by American writer and activist Eve Ensler, is produced annually by Warwick Anti-Sexism Society (WASS) since 2008.

This year’s three performances saw a combined audience turnout of around 230 people, raising a grand total of £1278. This will be split between Ensler’s charity V-Day, who will get 20 percent, and CRASAC, who will receive the remaining 80 percent.

“Rape and sexual abuse are unpalatable and provocative topics but you at Warwick University consistently support our Rape Crisis Centre with intelligence, understanding and enthusiasm,” said Sarah Learmonth from CRASAC, who gave a short talk on the opening night.

“We were overwhelmed by the professionalism and commitment of everyone involved in The Vagina Monologues and found some of the performances particularly moving,” she added.

Directed by WASS members Kate Arnold, Sophie Rees and Rhiannon Roberts, the production featured 13 poignant monologues, based on ‘Vagina Interviews’ carried out by Ensler in the 1990s.

These monologues were performed by 16 actresses – all Warwick students – and covered topics from personal grooming, sex and orgasms, to rape and violence against women.

First-year French with Theatre Studies student Fi Greig performed in a monologue inspired by the women of Congo, where rape is used as a weapon of war.

She described the production as “a unique experience. It is so focused on raising awareness and money for the two charities, which is why I was so keen to be involved.”

After two performances on campus, the final show, held during Women’s Week, was at Bath Place in Leamington Spa. To celebrate their final performance, the cast sold vagina-themed cupcakes and held a raffle, also in aid of CRASAC.

This performance alone attracted an audience of 100 people, including the Mayor of Whitnash, and CRASAC’s Diana Whitfield who gave a short pre-show talk.

“The support was fantastic, particularly at the Leamington show – we were overwhelmed. We had so many people we ran out of chairs and had to get more!” Sophie Rees said.

“It’s the first year WASS has put it on in Leamington as far as I know, and we were also able to support Bath Place, who are under threat at the moment,” she added.

The cast and production team were thrilled with the show’s success. Rhiannon Roberts said, “It was a great opportunity for our relationship with CRASAC and the feminist community outside of uni to blossom.”

Rees added, “We had a great time doing it. I think it’s amazing how many empowered, passionate women we found to do the monologues – a lot of the actresses are just first years and they embraced it with such enthusiasm.”

University of Oxford accused of failing student over rape report 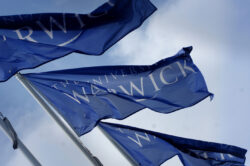 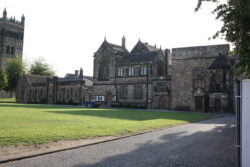