Police and the University of Plymouth have become involved in the backlash
against student-run website Uni Lad.

The website was taken down following widespread complaints about an article
advocating sexual violence.

According to reports by the BBC, web design student Jamie Streets now faces
disciplinary action from Plymouth University over the comments made.

The offending article, ‘Sexual Mathematics’, which was not written by Streets,
stated: “if the girl you’ve taken for a drink… won’t ‘spread for your head’, think
about this mathematical statistic: 85% of rape cases go unreported. That seems
to be fairly good odds.”

The article was followed by the disclaimer: “Uni Lad does not condone rape
without saying ‘surprise’.”

Warwick Students’ Union Welfare Officer Izzy John highlighted the harm this kind of online
article can do: “Things spread very quickly on the internet and as such triggering
comments or articles can show up on a newsfeed and really upset someone.

“The NUS Women’s Report Hidden Marks revealed that 1 in 7 women students
will be sexually assaulted in their time at university, so for me the culture of
rape ‘jokes’ cannot go unchallenged.”

“We still have a long way to go in the fight for equality, but challenging regressive
websites such as Uni Lad is an important part of the battle.”

Uni Lad apologised for the article and the website was taken down at the
beginning of the month, but police have since been contacted to investigate,
following abusive comments made by Uni Lad fans on Facebook.

Siraj Datoo, a third-year Warwick student and founder of _The Student Journals_,
described the article as “despicable” and the apology as “far from genuine.”

He added: “What is perhaps worse, the website attracted thousands of hits
per week – why did it take so long for there to be such a public outcry? Simply
pulling the article is not enough, we need these students to change their mind-
set.”

Many students on the Uni Lad Facebook page responded to complaints about the
article by defending it as “banter”, with no intention of real harm.

One Uni Lad fan however took it a step further, threatening sexual violence
against a woman who had objected to the comments. She has reported his threat
to the police.

Uni Lad subsequently posted on their Facebook page: “Any fans who make
abusive or threatening comments will be banned. Keep the banter friendly
LADS!”

Izzy John stressed that “making threats of rape is NEVER a joke and
I’m glad that it’s been reported to the police”.

Women’s Campaigns Officer Helen Gould expressed wider concerns about
the “lad culture” displayed by sites such as Uni Lad: “[it] simply epitomises
a culture in which women are regularly belittled, victimised, and treated as
inferior.”

“More than this, it shows the cruel reality of how many people view rape – as a
joke, and as something that doesn’t happen to real people.” 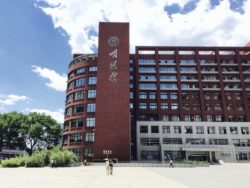 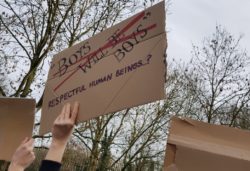 Gallery image with caption: Group chat men eligible to return this year not coming back, unaware victims “left in fear” by Warwick