So far this year, Women’s Football has enjoyed a strong season with a marked improvement on previous years. They are currently second in the league with only one loss, having finished fifth last year. The sport has become ever more popular in the UK and with increased promotion by the society execs, they are an emerging club. This growth has been shown on the pitch as well as off it, in events such as the CMD Dance for Sport competition.

Varsity celebrity and women’s first team captain Miranda Atkins spoke to the Boar about the upcoming match at the Butts Arena. Upon being questioned on her new celebrity status, she smiled and responded:

“I do find it a bit weird having my photo across campus because people randomly come up to me at house parties or in the toilets or Evolve or somewhere, asking if I’m the girl on the Varsity poster. A few of my guy mates have also commented that it’s weird that my face is watching them getting changed in the Sports Hall changing rooms, which is quite funny! In general, I think it’s definitely cool to be on posters representing my sport.”

When quizzed on her role as captain, Miranda said: “My role is to lead the team both on and off the pitch. On the pitch obviously I have to make good team decisions, lead by example, and keep the encouragement and morale up at all times, which is particularly essential if we don’t have a coach at the games. But what happens off the pitch is equally important.

“This year, as an exec, we have really focused on trying to improve the commitment of the team. For me, I think the example I try to set leading up to games and at training sessions is shown in our results. Our team morale, which is so much better this year, reflects massively in our teamwork on the pitch too. I also try to be involved in all aspects of the club because this sets a good example to others.”

Such positive leadership can only be a good thing for women’s football. Despite a positive buildup, the team crumbled on the pitch and lost by two goals last year. This year, Miranda and her squad are out for revenge. There has been a bitter rivalry over the last few years, not helped by perceived ‘smack talk’ from the Coventry squad. Warwick hopes to shut them up!

This will be helped by a team full of strong characters. “I think we have a mixture of personalities in our squad this year. A few of our new members (Abbie McCarthy, Fauve Morse, Caroline Miles and Hilary Smith) have really brought a lot to the club this year… great personalities, jokes and entertainment (and rapping skills), which has been really great.”

At the Butts Arena, the crowd should keep an eye out for star striker and clinical finisher, Lauren Quinn, who has scored 6 in 6 so far this season. As well as this, goalkeeper Susan Wood is of the ‘thou shalt not score’ school of goalkeeping. Alize Perrot and Basma Salama also have the ability to dominate the game and pull the strings from midfield.

Understandably, Atkins is guarded about revealing the team’s preparations for the game: “I don’t want to give away any of our tactics or formations but we will be definitely looking to go out hard from the start, and focus on the attack and pressure at all times. We want to make a quick impact so that Coventry are the ones having to mould their game to fit ours.”

“Predictions for the game… well, of course I am going to say we will win. Ha! But seriously, I’m predicting a close game, we’re both strong teams this season so it could swing either way, but I think we will nab it off them. 3-2 to Warwick.” 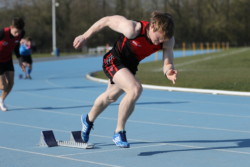 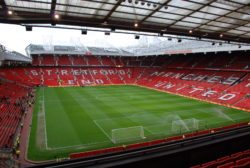