Two Causes: The cycle of a lifetime and Warwick Heart Health

Fundraising and raising awareness of worthy causes for the local and wider community has always been a part of the ethos of Warwick University.

So it comes as no surprise to see two more excellent causes being undertaken by the university’s students.

Luke Parry, a second year engineering student is cycling over 2200 miles from London to Istanbul in aid of the British Red Cross Christchurch Earthquake appeal. He departs on March 19th will spend the entire five weeks of the Easter vacation traversing across 13 different countries.

Luke felt adamant to take on the challenge after hearing of the devastation left after the wake of the strong earthquake on the 22nd February. He became worried for the safety of his many relatives living in Christchurch, New Zealand. After the anxious wait, he was fortunate to hear his distant family were safe. Many others were not as fortunate, but the destruction remains.

The long journey he undertakes will prove challenging. In mainland Europe, the early spring weather will be wet, cold and the monotonous routine of camping in these conditions would become exhausting for anyone.

Crossing the Alps and the mountainous Balkans and Greece, he said, will be soul crushing. Along with trying to source the enormous amount of energy required on the small food budget, starvation will be expected and he expects to look unrecognisable towards the end. To add to the difficulty, trying to ask for directions without knowing a word of the local language could have comic consequences.

The challenge of finding somewhere to sleep in the middle of nowhere may seem puzzling to some. Indeed, for many it would be their nightmare vacation. When questioned as to why he wants to do this, Luke responded confidently, “All of my friends think I’m crazy, but are still quietly behind me. I ask the same sometimes, but simplicity is the answer.

You have two wheels, a home and the world is waiting for you. People see you on your bike and return a smile and wave, sometimes unexpectedly providing hospitality when you least expect it. Having an adventure is being spontaneous. You don’t know what will be thrown at you. These experiences are sometimes hilarious, but are never forgotten!”

Luke promises to share his great adventure with everyone by both twitter and blog updates through his website london2istanbul.com. Following his return, he hopes to produce a short documentary about his journey and it is his wish to inspire us all to get on our bike and go explore the world.

In addition to Luke’s endeavours, a new initiative has started on campus called Warwick Heart Health, which is working with the charity CRY to bring heart screening to Warwick campus.

From ice hockey to long distance running, most professional sports have suffered at least one death from the disease. In fact, 12 apparently healthy people die every week in the UK alone from cardiac abnormalities. A little help now may prevent the same thing from happening on our own doorstep.

A simple heart test can discover if a person has symptoms of Hypertrophic Cardiomyopathy (HCM), allowing that person to receive the necessary medical treatment to live a normal life.

Unfortunately, the screening does not come cheap, so the coming months will see activities and fundraising events designed to help fund screening for the university’s elite athletes and, in the Autumn term, the new batch of freshers.

So far, the One World Week Fitness Rave, the rugby team’s slave auction, and the Rag society have all contributed funds towards the cause. Coming up soon, there will be military fitness workouts, fun runs, more fitness raves and other exciting activities to get people involved and to raise vital money.

More information can be found at warwickhearthealth.co.uk, which will soon include details about how to donate and get involved. 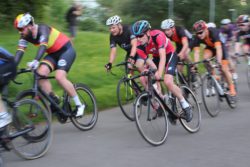 Why you should join…Triathlon and Road Cycling 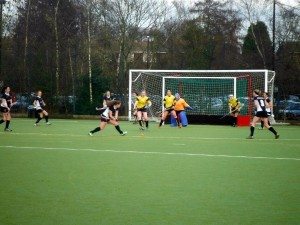