Glasgow is a city well known for its history and culture, battered Mars bars and often indecipherable accents. But for four afternoons a year this fair city plays host to one of the world’s oldest and most bitter sporting rivalries. Few other football clubs clash in quite the same way as Scotland’s two leading sides, and not even the infamous East London derby between Millwall and West Ham can lay claim to the same carnage and antagonism incited by the Old Firm fixtures. Since their first meeting on 28 May 1888 Rangers and Celtic have dominated the top flight of Scottish League football, ensuring that they have remained the focus of the country’s sport for well over a century while leaving little room for other pretenders to the crown to stake a claim. Indeed, after 114 years of championship football Celtic have taken 46 titles to Rangers’ 53, with Hearts, Aberdeen and Hibernian trailing way behind with just four apiece.

While the football on display may not be as elegantly flowing and precise as that offered by Spain’s El Clásico between Barcelona and Real Madrid, the Old Firm nonetheless guarantees an enrapturing afternoon of football fuelled by the blood, sweat and tears of fans and players alike. The passion, determination and intensity both on and off the field put to shame the local derbies of England and show that the heart of Scottish football beats on proudly despite the numerous financial problems threatening to suffocate it. In this harsh economic climate the Old Firm encounters stand alone as fixtures still capable of drawing in capacity crowds and the quality of football on offer rarely disappoints.

However, this is a rivalry which goes deeper than just fiercely contested games of football. Religious antagonism between predominately Catholic Celtic and Protestant Rangers is a problem which continues to plague the city and characterise this age old clash between the country’s top sides. It is a mutual disdain which fuels much of the city’s violence and often spills out onto the streets; game days can see assaults increase by up to nine times normal levels and there have also been links with increases in domestic abuse. Sectarianism in Glasgow has become an ever prevalent part of the city’s culture and is abundantly on display when Rangers and Celtic fans pour into the tightly packed stands of Ibrox and Celtic Park: two legendary stadiums thankfully located at opposite ends of the city. Links to the turbulent political situation in Northern Ireland further exacerbate the existing religious tensions, with the Protestant-backed Loyalists frequently coming to blows, and worse, with the Catholic Republicans.

The final of the 1980 Scottish Cup, resulting in a 1-0 victory for Celtic, saw one of the worst pitch invasions ever reported and led to alcohol being banned from Scottish football grounds. More recently, in May 1999, missiles thrown by Celtic fans struck referee Hugh Dallas, causing a stoppage in play, and were also aimed at several players following the end of the match. Consequently Old Firm games are now scheduled in the early afternoon and the possibility of an Old Firm title decider is deliberately avoided.

Players and managers in recent times have also been unfortunate enough to be caught in the crossfire. Trouble-prone Rangers goalkeeper Allan McGregor was attacked last year on a night out, controversially attending a party for Celtic player Cillian Sheridan, whilst Celtic manager and former captain Neil Lennon and winger Niall McGinn, both of whom are Northern Irish, were sent bullets in the mail by disgruntled Rangers supporters following Celtic’s 2-0 victory in the last Old Firm game on 2 January. This latest piece of inspired lunacy is a not too subtle allusion to the perceived violence associated with the IRA and the ongoing threat of Irish terrorism as well as its tenuous links to Glasgow’s Catholic community.

Of course this paints a somewhat bleak picture of a footballing rivalry which is a rich aspect of Scottish sporting heritage and acts of violence by no means represent all Old Firm supporters. Furthermore, the presence of Rangers and Celtic is estimated to bring in around £120 million for the Scottish economy each year through ticket sales, television coverage and boosts for local businesses. But it is for precisely this reason that concerns have been raised recently regarding the format and funding of the SPL. After Celtic and Rangers’ unsuccessful attempts to merge with the English Premiership last season, doubts have emerged as to the future of the SPL and Scottish football in general.

This season has seen considerable debate amongst the country’s top clubs as to which format best suits the needs of the league at this time. All options have been considered, from a top flight of 10, all the way through to a league of 24. And, if the majority get their way, the new-look SPL will welcome two new teams and become a division of 14 and will also include one automatic relegation spot, with the second-bottom side facing a play off involving the top three from the second tier.

While managers and executives alike are cautiously optimistic about this new approach, there are still several areas which need to be addressed, such as the continuing struggles of Scottish sides in Europe, difficulties over much needed broadcasting rights and the obvious desires Rangers and Celtic to move to the somewhat more glamorous world of English football. In the meantime, however, they will be staying firmly put in the SPL, a league which hopefully has not already seen its best days and which will continue to play host to the legendary Old Firm derby. Occasional violence aside, it is a rivalry which ensures Scottish football remains an exciting prospect for spectators, although their monopoly on league titles looks unlikely to end any time soon. 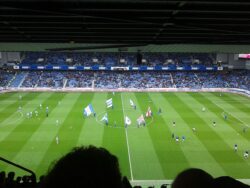 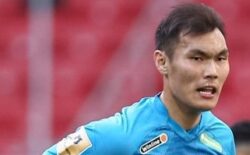 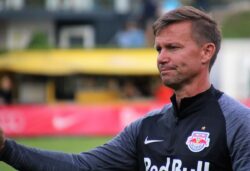 Why Jesse Marsch won’t be the new Celtic Manager 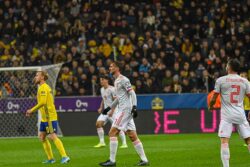 Should England be the sole host of the Euros?