We can only describe 2010 as a pretty monumental year in music. We saw the impossible in Kanye’s post-‘Swiftgate’ redemption with his opus _My Beautiful Dark Twisted Fantasy_; household names were made as stars like Ellie Goulding, Bruno Mars and Matt Cardle burst into the charts; whilst Glastonbury, Britain’s most hyped festival proved that Hollywood doesn’t always lie. Cartoons did save the day for the best part of 200,000 festival punters as U2 pulled out and Gorlliaz filled in.

The question is: why are we bothering with another self-indulgent retrospective? We’ve all read the seemingly endless best-ofs and worst-ofs that fill the pages of every entertainment magazine through December and January. Perhaps, because when we’re listening to music we look for what speaks to us in a way that we love, in a way that only good art can, and each year we’ll find new music which does exactly that.

The fact is though, monumental pieces of art; classic moments in music, comedy or film, are rarely appreciated until we take a step back. After all, Van Gogh wasn’t appreciated in his day, even without the ear.

Looking for the monumental, for the Van Gogh’s or the Highway 61 Revisted’s this year proved slightly harder than usual. In an increasingly crowded music scene filled with endless tours, millions of music videos and five thousand episodes of the X Factor, it’s easy to believe that this is the last dying gasps of the ever flagging music business. So what can we take from 2010?

You could point to almost any year and find a defining work: Jimi Hendrix released _Are You Experienced_, in ‘67, _Nevermind_, came out in ‘91; and Lady Gaga released _The Fame_ in ‘08: But did the magic moments of music reach us in the bubble this year?

Overall: yes! Some of the biggest and most exciting acts in the UK today have passed through the union doors this year; from Bombay Bicycle Club at the Summer Party to The National at the Arts Centre, Marina and the Diamonds in the Copper Rooms to entire societies springing up dedicated to the most commercially successful music act in recording history (with 25 consecutive top 50 singles since the Beatles): Glee.
So though it’s tempting to buy into the hype that music is on it’s last legs, Warwick 2010 seems to show otherwise.

So, take a look back at 2010 with us at the Boar to see what your writers felt was the best and the worst of the year gone by; you might have missed some gems!

1. Foals – Total Life Forever
Total Life is a huge step up from their previous work. The album cover seems to represent their new sound perfectly – there is something tidal, almost aqueous, about the structure of the songs. They are climactic and emotional; they transfer perfectly between gentle and restrained and loud and brash; the lyrics are abstract yet emotional and the hooks are perfectly considered. Total Life Forever is a perfect example of how, through experimentation, a band can become so much more than they ever were

3. Laura Marling – I Speak Because I Can
I Speak Because I Can is a much darker, brooding album – Marling explores the responsibility of womanhood, her voice’s natural punch is breathtaking and there is a decided urgency underlying her songs. Marling has taken great steps in her honing of the indie-folk sound, and on Speak she manages to make a large number of older, more experienced bands look like amateurs.

4. Sufjan Stevens – The Age of Adz
Adz saw Stevens introduce a more electronic aspect to his music. You can’t help but appreciate the audacity of the guy – leaving the style that had worked for him so well to experiment with new ideas. Adz is a wonderfully creative, conceptually grand album. To be honest, it’s worth the listen just to hear Stevens swear on a song for the first time!

5. Laura Veirs – July Flame
Named after a peach that she saw at a farmers’ market Viers’ seventh, As you might expect from the title draws upon the imagery of nature in an unusual, and dreamy Shakespearian way ; exploring themes of love, life and war. Viers’ echoing vocals are spellbinding, and the tracks find the perfect balance between sparse guitar and delicate piano. A few listens will send you rifling through her back-catalogue on the hunt for more gems.

1. The Age of Adz – Sufjan Stevens
The title-track of Adz mix of synths, electronic beats and sampled orchestral instrumentation of violins, trumpets and piano is inspired. The vocals and chorus singing are catchy and layered and the song changes volume expertly. He has been renowned as being the undiluted image of indie music, but Stevens’ willingness to experiment and competence at doing so show us that he is something so much more that that. This is how music will sound 50 years from now.

2. Spanish Sahara – Foals
Spanish Sahara is a climactic, emotional journey sitting at the heart of Total Life Forever. Rising slowly this behmoth of a song. The sounds that pervade the song are complex, layered and intelligent but there is heart at the centre of the piece and it is that heart that shows Foals’ evolution from their first album, and what makes this song so compelling.

3. July Flame – Laura Viers
Beautiful and simple, Veirs’ voice creeping slowly over the top invokes images of nature and beauty. As Veirs chants ‘Can I call you mine?’, the song slowly rises. Rising and rising until the end which comes abrupt and sudden. July Flame is a masterclass in song writing as tension, and instruments are utilised for an incredible end product.

4. Norway – Beach House
Beach House’s dreamy pop has been insanely popular this year and when you listen to Norway you can see why. Legrand’s vocals are haunting and dramatic, and the keyboards and backing seem to bend air around themselves. When Legrand finally grants you with that soaring ‘Norway’ you can’t stop that tingle shuddering down your spine.

5. So Appalled – Kanye West
So Appalled is a grower; a classic rap collaboration – Kanye is joined by Jay Z, Pusha T, Prynce Cy Hi, Swizz Beatz and The RZA all of whom add their own charm to their parts. The beat is slick and catchy and the chorus is simple but effective. There’s a reason why the song’s hook ‘Fuckin’ Ridiculous’ has become such a popular internet in-joke already.

2011 is already set to be a great year in music; we have new albums set from The Decemberists, Fleet Foxes, Iron and Wine and Death Cab for Cutie to look forward to, a debut album from the uber-hyped dubstep producer James Blake and hopefully the arrival of Sufjan Stevens’ UK tour!

1. Joanna Newsom – Have One on Me
2. Flying Lotus – Cosmogramma
3. Deerhunter – Halcyon Digest.
4. Four Tet – There Is Love in You
5. Kanye West – My Beautiful Dark Twisted Fantasy

1. Wolf Parade breaking up!
2. Band of Horses – Infinite Arms
3. Superchunk – Majesty Shredding
4. Pretty much every single song on Arcade
Fire’s The Suburbs being about the
disappointment of youth
5. Every song on Rihanna’s ‘Loud’, other than ‘Only Girl in the World’, which is almost good enough to make up for it.

First albums from anticipated breaking acts James Blake and Chapel Club. Death Cab for Cutie’s guitar-lite _Codes and Keys_, Mogwai’s amazingly titled _Hardcore Will Never Die But You Will_. I was looking forward to R.E.M.’s _Collapse Into Now_ until I heard the promos… Yikes! Still, at least Florence is back.

It’s got to be the eagerly anticipated return of the pop-punk kings Blink-182, along with their sixth studio album; it’ll be interesting to see if they can retain the pop-punk crown. Early July promises to be an amazing month for live music as Foo Fighters, Biffy Clyro and Jimmy Eat World take to the stage at Milton Keynes Bowl.

Things to look forward to: The return of the Colour Out of Space festival, The promised new Madvillain and Outkast albums and the continuing renaissance and blurring of mainstream/avant binaries.

Some pretty huge tours have been announced for 2011 from the likes of Rihanna and Lady Gaga, but I’m particularly excited about the prospects of a tour from legendary rockers, The Rolling Stones, and also on somewhat of a smaller scale, the UK tour of the up-and-coming LA four-piece, War Paint. Album-wise, I’m definitely looking forward to the springtime release of Death Cab For Cutie’s, Codes and Keys and the follow up album to…Album from Girls, which so far remains un-titled. And finally, the sixth studio album from M83, which in the words of Antony Gonzalez himself is set to be, “very, very, very epic.”

1. Corinne Bailey Rae – The Sea
Very much not like that ‘put your summery pop nonsense record on’, more like a haunting witches’ brew of Jeff Buckley, soul classics and Rae’s melting vocals.

2. Manic Street Preachers – Postcards From a Young Man
Admittedly, I LOVE this band, but this is an impressive record. They know how to give good chorus.

3. The Gaslight Anthem – American Slang
Not as good as their previous, but there’s a little more depth to the sound and some catchy tunes here from this Springsteen-lovin’ four-piece.

4. Kanye West – My Beautiful Dark Twisted Fantasy
A record that benefits from multiple listens, with layers and depths that reward perseverance.

5. Grinderman – Grinderman 2
Raucous rock and roll exhibition from Cave and the gang which just doesn’t quite hit the heights of Grinderman I. Not quite..

1. You Got the Dirtee Love – Florence and Dizzee Rascal
2. Dancing on My Own – Robyn
3. Closer to the Edge – 30 Seconds to Mars
4. Ready to Start – Arcade Fire
5. Everything You Wanted – Kele Okereke

I’m too OCD for festivals so I’ll stick to my two top picks for 2011 albums. Number 1: Florence and the Machine’s follow-up to exceptional debut Lungs. Number 2: Kanye West and Jay-Z working together on their potentially game-changing full-length record. Also hopeful about Take That implosion. Fingers crossed.

1. The Reading and Leeds line-up.
Guns N’ Roses? Really?
2. The closure of Rise in the arts centre.
Why, God, why?!
3. The Big Pink live. I actually fell asleep
standing up.

Looking forward to No Doubt’s new album and the impending tour. We can also look forward to the Little Comet’s debut album in January, and reliving our guilty teenage years with Blink-182 in July. Roll on regression!

1. Four Year Strong – Enemy of the World
2. A Day To Remember – What Separates Me From You
3. You, Me and Everyone We Know – Some Things Just Don’t Wash Out
4. Gaslight Anthem – American Slang
5. Alkaline Trio – This Addiction

1. You Me At Six – Hold Me Down
2. Attack! Attack! – The Latest Fashion
3. Lost Prophets – The Betrayed
4. Motion City Soundtrack – My Dinosaur Life
5. Coheed and Cambria – Year of the Black Rainbow

Blink-182 should finally release their much anticipated album: I’m very excited, yet apprehensive, as to what this will sound like. New Found Glory will also be releasing new material, whilst Foo Fighters, Biffy Clyro and Death Cab for Cutie at Milton Keynes in the summer is unquestionably a dream line up! 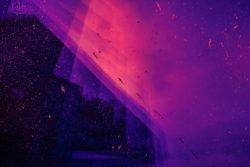