Warwick students held a peaceful discussion on changes to higher education in the lobby of the Arts Centre this afternoon.

Approximately 40 students sat inside the Arts Centre, encouraging others to get involved and voice their own opinions on the recently announced cuts and fee rises. The situation was overseen by Police officers and Warwick Security.

Warwick Against the Cuts protest group held a teach-in today which involved lectures, workshops and discussions on the topic of fee rises, education cuts and other changes to university funding.

After more passers by joined in the protest which had gathered in a circle, the director of the Arts Centre Alan Rivett asked them to clear the space.

Despite saying that he respected their right to protest when addressing the students, he added: “This is the one part of the University which is in a public facility… there are plenty of other places for them to go.”

The protesters then decided to move into a line alongside the Arts Centre cafe so as not to disrupt members of the public.

The protest ended at around 7pm as the students conducted a lap of the Arts Centre chanting and singing “Education is a right, not a privilege” before exiting the building.

This demonstation follows last week’s protest across campus which resulted in an occupation of the Arts Centre Conference Room. A group of students from Warwick Against the Cuts marched across campus and occupied the ACCR overnight.

They plan further action in the coming weeks in protest against the Government’s planned changes to higher education. 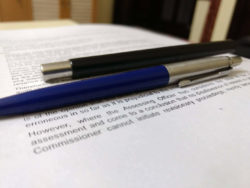