Polo Club Are Champions Once Again

Warwick Polo Club has once again proven itself to be one of the top university polo clubs in the country as they returned from the most important tournament of the year, the AKUMA National Universities Polo Championships, with a score of impressive results.

Of the 85 teams that took part from universities all across Britain, Warwick entered more than any other university, where its strong base of playing members proved to be successful at every level.

The Beginner section consisted of players who had only been playing since last October, many had never even ridden a horse before university, yet the standard of all the Beginner teams was very high. The Beginner “A” team in Division 1 were very unfortunate as they met the eventual division’s winners in their first game, however they proved a tough team to beat with exceptional performances from Phoebe Robertson, Romain Hodot and Ben Goldsmith. The Beginner “1A” team consisting of Chris Day, Fiona Brown and Rosie Thater played in Division 2 and played very well against some difficult competition, culminating in a fierce final match where they were successful against a top Loughborough team. The Beginner “2” team narrowly missed out on the Division 3 final, finishing 3rd overall. Great teamwork was displayed by captains, Caitlin Macnamara and Alice Raicher as well as fantastic polo from Ruth Peters and Tripurdaman Singh; two of our beginners who have improved enormously over the year.

In the Novice section, Warwick Polo Club fielded three exceptional teams in all three divisions. The Novice 1 team of Heather Lacy, Michael Burr and Jill Oxenham reached the final having scored 10 goals in total, and played a thrilling match against tough competitors London. It was a very fast end to end match but resulted in a 1-0 defeat owing to a lucky penalty in Londons’ favour. Impressively, this was the only goal conceded by Warwick Novice 1 during the whole tournament, leaving Warwick 2nd overall. The Novice 1A team were outstanding in every match, winning the coveted National Champion title in their division, beating a very strong St Andrews team in the process. All three members played fantastically; top goal scorer Joe Jawad was consistent throughout alongside numerous displays of great skill from Lizzie Jay and top defensive action from Ilesh Persand. All thoroughly deserve their Champion’s title. The Novice 2 team also did fantastically well, finishing 3rd overall with some great teamwork being shown between Tom Astley and Rhiannon Howe complemented by stunning play from Justine Alford throughout the tournament.

For the first time in the Polo Club’s history Warwick entered a team into the Lower Intermediate Division, where a very strong team of Jeremy Pigeon, Lucia Mander and Rebecca Griffiths also triumphed, taking the title of National Champions. With some very fast and furious matches being played against excellent teams from Royal Agricultural College and Bristol, Warwick’s success proved that we can triumph at all levels. Overall, we have had another very successful year at the National Championships!

The clubs year finished with a fancy dress charity tournament where we swapped our polo shirts for charity shop clothes and raised money for The British Heart Foundation and the Warwickshire & Northamptonshire Air Ambulance, an event we plan to hold once a term due to its great success. The University of Warwick Polo club has grown continually from year to year, and with a record number of beginner teams last year, we anticipate this year to be even better! So why not come and see us at the Sports Fair, come along to one of our taster sessions or join in one of our socials? All are welcome! 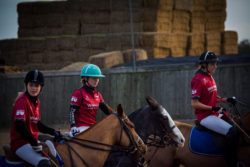 Why you should join… Polo 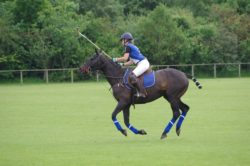 The Rise and Rise of Warwick Polo 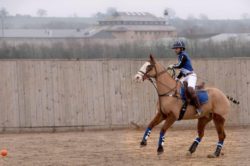