Ask anyone travelling in Cuba why they chose to visit now and the response is always the same: “I wanted to see it before Fidel dies.”

Rarely in recent times has one personality dominated people’s perceptions of a country to the extent that Castro has in Cuba. Having been imprisoned, led a popular revolution, survived countless assassination attempts, fought off a US-sponsored invasion, endured a crippling fifty year trade embargo, and been at the centre of a crisis which brought the world to the brink of nuclear war, it’s fair to say Castro has lived an eventful life. Fewer people still have polarised opinion like Fidel. Vilified as an oppressive dictator by many a US administration, Castro has also been praised as a shining inspiration by progressive world leaders such as Nelson Mandela.

Now, in the twilight of the Castro years, much of the talk concerning Cuba is of change. I spent two weeks there trying to understand the complexities of socialist Cuba and questioning whether change really is just around the corner.

My journey began in Havana. This city is history. It feels like it’s permanently frozen in the late 1950s – which in some ways it is. The US embargo has left Cuba economically isolated but also ensured its protection from culture-eroding globalisation. This is one of the last remaining places on earth where you won’t find a Starbucks or McDonalds. Like something out of a 50s spy novel, classic American cars cruise the narrow streets below the crumbling facades of Old Havana. This place is a mechanic’s wet dream; they must make a killing keeping those things running.

Whilst strolling around the Plaza de la Revolución one morning, four identical blacked-out cars zoom past me towards the government offices. In one of them rides Raul Castro, my guide informs me. The other three are diversions should anyone try to assassinate “El Presidente”. Such measures are unsurprising given the 600 plus attempts on Fidel’s life throughout his presidency.

A country brimming with contradictions, Cuba has become a communist state as dependent upon capital from Western tourists as it is on discounted Venezuelan oil. Since the fall of its principal economic partner the Soviet Union, tourism has become Cuba’s number one industry. But you won’t find many Cubans on “Couchsurfing”. Most tourists come here on all-inclusive package holidays and are duly herded into expensive hotel complexes in gringo resorts like Veradero.

Due to the absence of hostels, the only other option is to stay in “casas particulares”. These are basically B&Bs run by local Cubans with a permit from the government (which takes a healthy monthly cut, obviously). Staying in casas is the easiest way to meet and converse with local people and they generally serve the best food you’ll find in Cuba too. Everyday I received a hearty breakfast with heaps of mango, pineapple, guava, eggs, ham and cheese, while dinner generally consisted of chicken, pork, or lobster, accompanied with beans, rice and fried bananas.

I had hoped to talk to as many native “Habaneros” as possible, but even as a Spanish speaker it proved difficult to engage in sincere and meaningful conversation with anyone in the capital. As a tourist you are simply a big walking wallet here, and both the state and the locals will take you for all you are worth. The government-owned banks charge a whopping 10% every time you change or withdraw money (plus another 10% if you’re foolish enough to bring US dollars). Meanwhile, local hustlers known as “jineteros” will do anything to convince you into buying them a drink/taking their tour/purchasing fake cigars/sleeping with a hooker. Sadly you soon learn that it’s best to ignore practically everyone that speaks to you on the street.

Cuba is certainly not the easiest place for independent travellers. Everything is relatively pricey (aside from the dodgy but irresistibly cheap local-currency pizza) and there are relatively few tourist buses, which all stick firmly to the beaten track.

After a few days in the colonial towns of Trinidad and Cienfuegos, I decided it was time to abandon these well-worn bus routes. Instead I commandeered a taxi with a couple of friends to take us to Playa Girón, in the Bay of Pigs. This was the site of the disastrous invasion attempt by a force of Cuban exiles that were armed, trained and financed by the CIA. The operation was a shambles and the counter-revolutionary forces were soon defeated when the popular uprising that American strategists had been counting upon failed to materialise. As the Cuban government love to remind everyone, this was “Yankee imperialism’s first ever defeat in the Americas”.

Having visited the Bay of Pigs museum and chilled on the picture-perfect Caribbean beach (best invasion site ever?) it was time to move on again. Next up was Viñales, which soon became my favourite place in Cuba. Out in the rural west of the island, the town is an oasis amidst a green sea of tobacco fields, abruptly punctuated by pincushion “mogote” hills. Exploring the lush valley of Viñales on both horseback and bike, I ventured through limestone caves and sampled some freshly-rolled cigars at a small tobacco plantation.

I also found it easier to speak to people without being hassled so much here. My homeowner’s nephew was a legendary guy who invited me out with his Cuban mates for an evening of rum, salsa and stand-up comedy. The latter two proved way beyond the limitations of my dancing and Spanish skills respectively, but I took the rum like a champion.

From Viñales I took a day-trip to Cayo Levisa, a gorgeous desert island just off the northern coast of Cuba. It was a perfect beach, but it was also a private beach, meaning no Cubans are ever allowed to visit it.From a Western perspective, it’s impossible to get your head around the pros and cons of Cuba’s socialist system. I was shown around Havana by a local journalist, who was openly critical of Fidel, claiming the economy has grown stagnant and that young people couldn’t care less about the revolution. Somehow they can’t identify with a bunch of 80 year old men who led a revolution a good five decades ago (this despite the constant reminders on billboards throughout Cuba – this is a “REVOLUTION” in case you’d forgotten). Yet even my fairly cynical guide couldn’t deny the benefits that Fidel and co had brought the Cuban people.

Everyone is entitled to a free education (including university) and an excellent free health service that puts the US system to shame. They all receive free daily bread from the state and other monthly rations at heavily subsidised prices. Cuba has a 99% literacy rate and there is virtually no extreme poverty. By Western standards they lack many basic material goods, but no one here is dying of hunger and, in spite of the economic embargo, Cuba has still fared immeasurably better than its neighbour Haiti.

However, the dual currency system (locals are paid in “moneda nacional” which values 24 times less than the “convertible pesos” that tourists spend) has created social and economic inequalities that betray the egalitarian idealism of the revolution. Many people opt against working official jobs as the state wage is practically worthless. Shockingly, a jinetero hassling tourists for money in the street can earn more in a day than a doctor does in a month.

During my fortnight in Cuba, Fidel made an unprecedented six public appearances – his first since handing power to his younger brother Raul, whilst undergoing major surgery in 2006. He looks recuperated and still sounds remarkably lucid; those who have been eagerly predicting his demise ever since the fall of the USSR might have to wait a few more years yet.

Cuba has remained in the hands of Fidel and Raul Castro for over half a century now. During this time the US has had eleven different presidents and moved from legalised segregation to electing an African-American head of state. Cuba may have the basics right but the people are desperate for greater personal freedom and the economy clearly needs some kind of renovation. Seemingly aware of this, Raul has gradually begun easing restrictions on private enterprise.

But were it not for the unjust embargo which has failed spectacularly in bringing an end to Castro’s regime – and only served to worsen poverty in Cuba (it has cost this small island over $90 billion in total) – perhaps socialism in Cuba would provide a viable alternative to the US-imposed neoliberal model which has created such devastating inequality throughout its “backyard” in Latin America.

Fidel’s sudden re-emergence coincided with the release of 52 political prisoners – a significant step towards improving Cuba’s much criticised human rights record. This is further evidence of a thawing in US-Cuban relations under the Obamtourist/local segregation that I had more-or-less managed to avoid up until now.

But even the seemingly indestructible Fidel can’t have long left now, and Raul is no spring chicken himself. It would require a leader of some stature to maintain Cuba’s stubborn socialist system but there are no obvious younger candidates with the credentials or the charisma to take up the reigns. It seems Cuba might finally see significant change over the next few decades.

But for now this remains a truly remarkable destination with few parallels in an increasingly globalised world. Go now, before history catches up with Cuba. 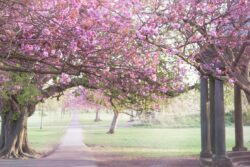