Fifa: No accountability, No integrity

The biggest surprise from the ‘World Cup votes for sale’ story broken in the Sunday Times was that Fifa has an ethics committee. Amos Adamu, a Fifa executive committee member from Nigeria was filmed negotiating a £500,000 fee with the undercover reporter in exchange for his vote (one of 24) concerning which bidding nations will host the 2018 and 2022 World Cups respectively.

This is the same Amos Adamu, who in July, without any hint of irony, told the media, “The public sees every football administrator as a corrupt person, and I cannot explain why it is so. We should be transparent to prove them wrong”. And it is the same Adamu who failed to appear in court on charges of contempt relating to Nigerian Football Federation elections last month.

Fifa president Sepp Blatter has promised the obligatory investigation, but given Fifa’s history of allegations of widespread corruption being left generally unpunished, one should expect nothing from this latest scandal. Previous incidents involving Mulberry handbags and pearl necklaces provided as ‘goodwill gestures’ (and definitely not ‘bribes’) to the wives of influential Fifa members have also gone unpunished.

Such incidents have invariably involved Jack Warner, the Fifa vice-president and chief of the Concacaf vote for the 2018. The Trinidad and Tobago MP was in the headlines last November after returning a £230 Mulberry handbag from the England 2018 bidding team, once its giving was made public by the media. He told then FA Chairman Lord Triesman, “There is nothing that your FA can offer me to get my vote”. This was before he asked for a £1,100 pearl necklace for his wife from the 2022 Australian bid after complaining that his wife had missed out on pearl pendants given to other Fifa officials 14 months previously.

Worryingly, such gifts, which could clearly be misconstrued for bribes by more transparent sporting associations, are mentioned in Fifa guidelines for their delegates. There were more worrying allegations made by The Age newspaper in July that the Australian Football Federation spent “tens of thousands of dollars for the Trinidad and Tobago under-20 soccer team to travel to Cyprus last year in a gesture warmly received by Mr. Warner”.

Recent gestures seen as ‘heartening’ by Jack Warner included David Beckham travelling to Trinidad to coach 200 players, while Holland’s 2018 leader Ruud Gullitt also went to provide training for 25 coaches. Warner’s FA is displaying a similarly brazen attitude in its stern refusal to pay the agreed bonuses to the 2006 World Cup squad, by calling for a third hearing (missing the deadline for an appeal by 33 days).

As one would expect, Fifa’s ethics committee refused to get involved in a case involving one of their own, stating that they cannot deal with retrospective matters. Warner, whose FA lied about the revenue from the 2006 World Cup (stating it was a tenth of the actual £17m total), said of the matter, “These players hold us to ransom – just because of their greed”. It is unsurprising that only a national federation can lodge a complaint with Fifa’s ethics committee.

Jack Warner certainly appears to be football’s Clay Davis. Considering Fifa’s inappropriate governance and lack of accountability, most were surprised when Jack Warner was fined by Fifa after making an estimated $1m from selling tickets to the 2006 World Cup on the black market. But this was a rarity, for Fifa president Sepp Blatter relies on Warner’s guaranteed 35 Concacaf votes at each Fifa congress and generally lets the rules slide for his mate.

Jack Warner has clearly broken Articles 6 and 7 of Fifa’s Ethics Code (PDF) in the past, but naturally no action will be taken, because he essentially guarantees Sepp Blatter’s reign at Fifa’s helm. Article 6 states that Fifa officials must “remain politically neutral”, but was recently elected as the Minister of Works and Transport in the new Trinidadian administration (he also pledged to enforce hanging as a method of execution, along with threatening a rival senator with legal action for withholding $210,000 of public funds with no sense of irony).

Article 7 of the Ethics Code is essentially against discrimination of any kind. Mr. Warner acquitted himself well in breaking this rule too in a tirade against veteran investigative journalist Andrew Jennings. He said in 2006 press conference, “No foreigner, particularly a white foreigner, will come to my country and harass me”. This was after Jennings had asked Warner earlier in the street “How much money do you expect to make from trading in World Cup tickets this year?” Warner’s answer was an abrupt “Go fuck yourself”.

It is clear that when dealing with such politicians, the England 2018 bid may have to immerse themselves in the murky waters of Fifa politics where money talks, especially if they want to be successful in their bid. Appeasing Jack Warner is, depressingly, key to their hopes, given that he holds 3 of the 24 executive committee votes.

England’s biggest rivals for the 2018 bid are Russia, where racism and hooliganism is rife in football. But, according to Fifa, racism is “not an operational matter” so is “not a factor” in assessing 2018 bid. Clearly it will only be the roubles of Russian billionaires that the Fifa committee will be looking at when deciding who gets the nod.

Having made a profit of roughly £2.2bn from the 2010 World Cup in South Africa, there should be bigger money to be made in 2018. But despite this, Fifa have yet to pay an £8.1m bill for extra policing, stating “We have received the bill. It needs further discussion”. That just sums it up really. 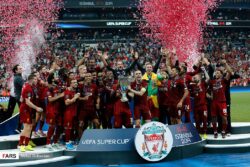 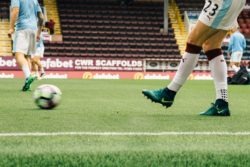 One Step Too VAR: Is VAR ruining football?