Warwick students are getting behind a campaign to ban arms-producing company BAE from recruiting at the University’s Careers Fairs.

The national campaign – run by organisation Campaign Against Arms Trade (CAAT) – hopes to discourage student support for what the Stockholm International Peace Institute describes as “the world’s largest arms producer”.

According to CAAT, British Aerospace Engineering Systems (BAE) spends thousands of pounds on recruiting students, particularly those from engineering and the sciences, to design, build and sell killing equipment. They hope this fresh campaign will “help create an irreversible gulf between university graduates and the arms trade”.

“We have already been to this year’s Graduate Recruitment Fair to give out leaflets and it was really successful,” said Imogen Lockyer, who is heading the ‘Weapons out of Warwick’ campaign this year. “BAE will be at the Engineering Fair later this term and whenever they are on campus they can expect to be met with action which exposes their poor human rights record, political corruption and indiscriminate trade in weapons around the world.”

Warwick’s Student Union agrees with the stance taken by CAAT. Last year the Union passed a policy that states the union will “ban arms companies from sponsoring or advertising in the Students’ Union, its societies, sports clubs and events”.

“The Union opposes presence of any companies related to the arms trade on campus,” said Welfare Officer Leo Boe, speaking as a representative of the Union. “We support student-run, non-violent and non-intimidating protests but we do not organise them.”

“It is understandable that the University should try to appeal to as many people as possible, but we oppose the presence of such companies in any case,” he added.

An anonymous first year Engineering student offered an opposing view to the ban: “Unfortunately, the current financial climate means jobs are sparse and we have to find work somewhere. This ban is not going to change anything to do with the arms trade.”

“Students have the right to know what the companies that they might choose to work for are involved in,” said Imogen. “A polite question to BAE recruiters about their prosecutions and fines for corruption will be met with ‘no comment’ and that is not an acceptable basis for choosing a career.”

Warwick has a large history of anti-arms trade demonstrations. Last November saw twelve Warwick students protest with toy guns during the Engineering and Technology fair. Security and police escorted the protestors off the premises.

Since founded in 1999, BAE has been heavily criticised for selling equipment to countries with poor human rights records. “Their weapons fuel conflicts around the world,” Imogen added. “They have sold to Israel, Pakistan, Indonesia and Saudi Arabia.”

BAE were also fined £286m in February this year after pleading guilty to charges of corruption in the UK and the US. 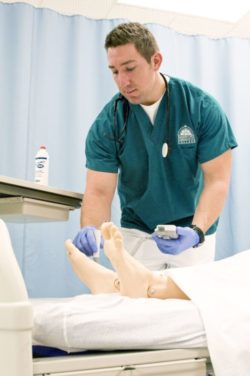 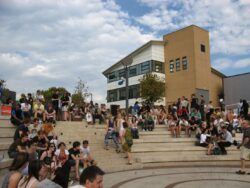 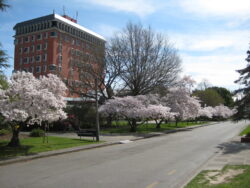