The Would Be Kings of Europe

Last year’s Champions League final pitted England’s best team against the Spain’s finest. This year, we have the league champions of Italy and Germany who are both looking to round off a fantastic year with Champions League success that will see one of these European heavyweights celebrate a treble-winning season.

But there is more. Germany currently leads Italy by 0.155 in the Uefa coefficients, which decide the number of European places each national league is allocated. Simply put, Serie A needs Inter Milan to beat Bayern Munich so that it can retain its four Champions League places for the 2011/12 season. Whilst this is a distant matter, losing four Champions League spots would represent something of an embarrassment and would see the league deposed from its position as one of the ‘Big 3’ along with La Liga and the Premier League. Ironic then that it is to Jose Mourinho, a man who has become rather unpopular with Italian journalists and club managers during his tenure at the Nerazzurri, who is charged with preserving the prestige of a league that he is clearly at odds with.

On the pitch, there will be the ironic sight of Wesley Sneijder and Arjen Robben lining up on opposing teams in the Bernabeu, the ground of their former employer, Real Madrid. Both Dutchman, discarded in the summer as the ‘Galacticos II’ project took shape under re-elected president Fiorentino Perez, have played a major role in their sides respective success. Lucio will line up against his former side from whom he moved in the summer and Samuel Eto’o will look to break two remarkable records as he will attempt to be the first player to score in three separate finals and to win two consecutive trebles with different clubs.

In the dugouts, it will be master against student. Jose Mourinho worked under Louis van Gaal at Barcelona, winning the league in both seasons under his tutelage. Mourinho was apparently rather critical of the journeyed Dutchman in the former’s biography which will only serve to add further spice to proceedings. Nevertheless, both men have achieved unprecedented success in the domestic game. Van Gaal’s Ajax side that won the 1995 Champions League was a feat that Mourinho matched a decade later with Porto in 2004. Both successes were unexpected and quite simply remarkable. Van Gaal’s has won league titles in three different countries (Holland, Spain and now Germany), much like Mourinho (Portugal, England and Italy). In short, both men are proven winners.

The difference ends when looking at the style of football that their two teams generally play. Van Gaal is viewed as a proponent of the heralded attacking brand of Dutch football epitomised by Total Football, whereas Mourinho is depicted as a defensive, negative manager who emphasises winning over aesthetics. Personally, I think this stereotype is rather harsh on the Portuguese tactician who is a very pragmatic operator – his sides can and have played good attacking football when the situation calls for it. He has always looked for attacking, flair players to use in his system – it is not as if he solely looks for defensive workhorses.

Mourinho started off his spell in Inter looking to employ his 4-3-1-2 formation that led him to major success at Porto. However, over time there has been a shift towards a 4-2-3-1 / 4-2-1-3 system which allows his side to maintain a sufficient level of defensive solidity without sacrificing width and attacking threat. Mourinho has identified a pretty predictable preferred starting eleven, though this will have to be changed given Thiago Motta’s suspension resulting from Sergio Busquets’ theatrics. Dejan Stankovic would represent a very bold, attacking replacement, whereas Sulley Muntari would provide battling qualities but has been badly out of form. The most likely solution is the presence of Cristian Chivu. Whether this means that the Romanian slots straight in to Motta’s position or if he moves to left-back and Javier Zanetti moves forward, I am not sure. Apart from that, the line-up is quite predictable. The murmurs of Mario Balotelli replacing Goran Pandev are probably just fanciful as the Macedonian provides defensive qualities that will be required against the forward surges of Phillip Lahm from right-back.

Louis van Gaal has to contend with the suspension of French winger Franck Ribery – a massive blow, increasing the burden on Robben. However, Hamit Altintop has certainly impressed in this competition so far and demonstrated his ability to fill Ribery’s position on the left against Lyon. I expect van Gaal to persist with his preference of inverted/wrong-footed wingers, though there might be value in fielding Daniel Pranjic to look after Maicon.

Having watched Inter in the competition this season, one would conclude that the general preference the Italian champions is to sit back and defend. However, given the question marks surrounding the Bavarian’s backline, it might be worth switching the emphasis towards attack. Manchester United showed that the Bayern defence is fragile. Inter’s front four is better than United’s at the formation and shape that it utilises, while good at stopping the opposition full-backs, is even better when looking to take the game to the opposition.

Sneijder’s position might bring him in to direct confrontation with a Dutch compatriot in the form of van Bommel. However, if Cambiasso and whoever may partner him can draw the Bayern captain out, Sneijder might be able to find pockets of space behind the German midfield and might find joy in the full-back position behind where Lahm would ordinarily be positioned, making it hard for the centre-backs to pick him up.

The decision over Zanetti’s position is a fascinating one. Inter’s left-back will be faced with the prospect of the fleet-footed Robben running at them and looking to cut inside at every possible opportunity. Thus, it is the most important defensive job. However, the fact that the midfield position next to Cambiasso might require someone with a good range of passing would suggest that Zanetti will be moved into the midfield, meaning that Chivu, a solid operator, will be charged with halting Robben. However, this might change during the game should Chivu pick up a booking or if he struggles to stop the Dutchman.

While much is being made of Bayern’s defensive deficiencies, Inter has struggled against small, pacy attacks. Despite shackling Didier Drogba and Zlatan Ibrahimovic, the prospect of facing the industry of Bayern’s attack, embodied perfectly by Ivica Olic, will pose a problem for Inter. Olic’s partner in crime, Thomas Muller, will be required to drop back and prevent Cambiasso dictating the pace of the game and ensure that his side is not outnumbered in midfield.

The match is evenly poised. The teams match up well and it should be a fantastic final. It will probably be tight and won in the midfield – whichever side takes control of this area will take the trophy home. Personally, I have to go with the pre-match favourites Inter as I think it has more match-winners than Bayern, though the German side has leveraged the devastating ability of Robben, along with a massive slice from the cake of luck, to proceed through the tournament – I would not be surprised if either factor won the game for the side in the final. Should the Nerazzurri triumph, it is likely that the victory will be bittersweet as it is expected that Mourinho will sit in the dugout at the Bernabeu permanently from next season. However, for a team that has suffered for four decades while its neighbour has flourished in Europe, a victory in the final will be celebrated with prolonged vigour. 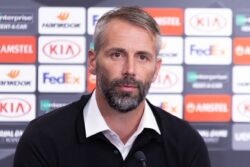 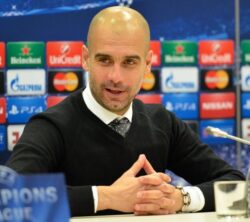 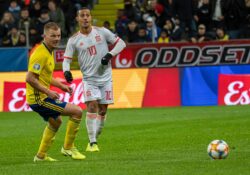