A Summer of Tennis

Well ladies and gentlemen, here we go again. Nothing much has happened in the world of tennis since my last blog on the captivating Australian Open; to some this may be true, but to many tennis fanatics this statement is completely false and ridiculous.

Whilst many may argue that the gap between the Australian and French Open mainly consists of small and uninteresting tournaments and perhaps that is why I have not written a blog entry on each individual tournament; yet what this lull in Grand Slam proceedings shows us is very important. These tournaments can make or break a year for many tennis players as they race into a very hectic and important schedule with the French Open just days away and with Wimbledon looming over the rainy and grey horizon. So what have we learnt?

First we should look at our home talent and the main hope for British tennis, Andy Murray. The man who many British tennis fans turn to in order to restore faith in their love for the sport and the man who offers so much yet has failed to completely deliver. Maybe, as shown through his surge to the final in Australia, this is his year to finally win one. Maybe he can shine in Paris? Or whisper it…. Wimbledon. Well, judging by his form since the last Open, the answer is no. The word that can best describe his form since the last open is that of a slump, for his form has been patchy at best losing to Soderling and Mardy Fish, ranked 98th in tournaments at Indian Wells and the Miami Masters. However, never fear Murray fans for there is light at the end of the tunnel as shown through his performance in reaching the Madrid Masters quarter final, eventually being knocked out by David Ferrer. Will he win the French based on his current form? Absolutely not, but do we expect him to? The French is always an enigma for many fine players as clay is a very tough surface to play on and Rafael Nadal is truly magical at times on clay. Murray must use the French Open as a springboard for Wimbledon, one of his best chances for a Grand Slam title; he must regain his swagger and confidence otherwise it could be a harsh year for the Scot. However, it is unfair to base this evaluation on three months of tennis, and of course the Grand Slams will hopefully be motivation enough for him to sort out his insipid form. However, I and many others will still be cheering him on in true British fashion and will hopefully be celebrating come the summer as we see the first British male winning Wimbledon in over half a century.

What about Nadal and Federer I hear you ask? Well Federer’s defence of his French title may be a very interesting spectacle. The cool and inspirational tennis played by Federer is breathtaking yet it will be hard to beat Nadal on clay as shown through Nadal’s clinical victory over him in Madrid; however, as many would know, it would be foolish to write of the Swiss master on any surface or in any scenario. He has the capacity to be just that good. The tussle between these two, as usual, promises to go on for much longer and I for one welcome it for matches between them can produce one of the finest shows in the sporting world.

The women’s title race also seems to be bubbling up as Sharapova is starting to show the old power and mental capacity to win as shown through her victory in the Strasbourg International; yet never write off the indomitable Williams’ sisters, or Justine Henin-Hardenne. In fact there are so many women capable of winning titles this year that it promises to be a captivating year for women’s tennis, and the French Open is only just the beginning.

Well here we stand, with months of captivating and nerve wracking tennis to be played; I will be here of course to guide you, enjoy with you, celebrate with you, and to, and undoubtedly despair with you. The last few months may have been quiet, but as summer creeps up on us…tennis fans, hold on to your hats! 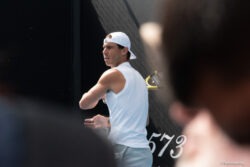 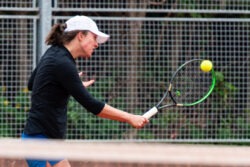 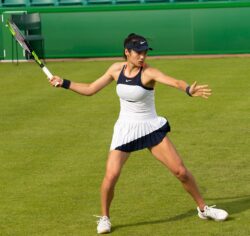 Emma Raducanu out of French Open after second-round defeat 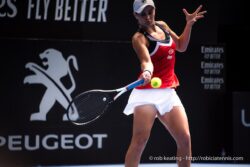