Being the difference needs resistance, not just voting

One question I always get asked at election time is ‘what’s the position of the radical left?’ Do we vote? If so, for whom? We also tend to get asked if it’s us who are defacing the Tory posters around Leamington. It actually isn’t, to put the record straight; ‘normal’ people hate the Tories too.

I can’t speak for anyone else, but the position I hold is one of revolving uncertainty. Yesterday I was convinced I should spoil my ballot. The rationale for this is that you cannot substantially change things for the better within a broken system; you cannot liberate yourself through non-liberatory means. Representative democracy in a capitalist country amounts to being asked every five years which member of the elite class you want to have exploit you. The assumption of this kind of democracy is that as a member of the public, once you cast your ballot you will then sink back into political dormancy and leave them to do whatever the hell they want –start wars, cheat on expenses, bribe, lie, and exploit the working classes. By voting you are actively accepting and legitimating said system through your participation. Spoiling your ballot by writing some revolutionary slogan, or quipping how ‘we’d all like to vote for the best candidate, but she’s never running’ could be seen as letting the politicians know you don’t agree with the political system, but that you’re not apolitical; merely anti-political in the sense of politics as parliamentary democracy. I suppose if enough people spoilt their ballots then they’d have to start questioning why. It’s a long shot, but not a totally illogical act.

Some more hard line anarchists would argue that to even spoil your ballot is enough of an active participation/legitimation of the system. The purist position on this makes more sense I think, but shaking off 20 years of socialisation is hard to do.

Today I’m not so sure about either of these. A number of radical lefties will probably end up voting tactically for Labour (if they live in Leamington and Warwick constituency) as a practical act, rather than a strategic act. What I mean by this is that through voting Labour a Tory government might be kept out of office. The Tories would arguably be worse for certain sectors of society –single parent families, the queer community, the poor, asylum seekers, the homeless, anyone who hopes to use the safety net of state welfare- than a (marginally better) Labour government. Therefore casting a vote for Labour where they have a chance of winning is an action made to redress other people’s practical concerns. It’s not an ideological or ‘strategic’ action. The perceived need to vote tactically tends to perpetuate the binary of Labour/Conservative, so it’s not a solution, only a short-term strategy.

Here comes the suggestion then. We need to stop seeing politics as a once-every-five-years occurance. Everything is political, and voting is only one – pretty ineffectual – way of taking a political action. If you think change has ever come exclusively from the ballot box then you’re deluding yourself. It only comes through constant, aggressive agitating outside of the ‘official channels’. (By all means write to your MP, but don’t expect the world to change. I’ve been signing the same action cards for years, and surprise, surprise, we haven’t solved global warming or ended the arms trade.)

Acts of resistance can take place on a massive level and at the molecular level, breaking down patterns of behaviour and norms which insidiously oppress different groups in society. Use direct action – chain yourself to something, blockade something, generally screw with the system. We need to take control of our own lives, hold ourselves accountable for our own actions, and be the change we want to see. We need a stronger democratic culture and a paradigm shift so that we no longer see ourselves as spectators but participants. Our so-called ‘authorities’ often aren’t that authoritative, and we can’t continue to absolve ourselves from action by relying on leaders to solve our problems.

Vote, by all means, but don’t vote out of obligation. That’s just as apathetic as staying at home to watch _House_ reruns. Our most important actions will take place on May 7th, and May 8th, and every other day. 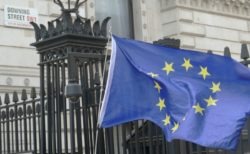 Whether we want it or not, the General Election will end Brexit

“An open mind and keen eye”: Why we shouldn’t give political parties our loyalty 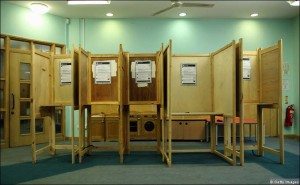 Why are poll booths going empty?