The University has announced the numbers of staff to be made redundant through the creation of the new School of Life Sciences. The figures are higher than anticipated, and have reignited outrage amongst the student community.

The reduced number of principal investigators amounts to a cut of nearly half of the current staff of 107 full- and part-time academics across the existing Biological Sciences Department and Warwick Horticultural Research Institute (HRI).

Last November the University indicated to students that it would be unlikely that many would lose supervisors. It now appears that significant numbers will.

A student at HRI said, “research is often in such a specific area that there might not be someone else [who is qualified in that field]…the supervisor is the most vital part of your research. Losing a supervisor is so, so important.”

Another HRI research student agreed, saying it would be difficult to find “someone else here who has the same level of expertise in my area.”

The cuts also threaten to overburden remaining research staff. Another HRI student said that it could result in twice the amount of work for each staff member, and that it is “so important that they give the maximum amount of time” possible to supervising research students. “It’s going to make a huge difference.”

The students were also worried that delays resulting from the merger, with staff being laid off or being moved within the department, could make meeting their project deadlines extremely difficult. They were also concerned that funding may run out before they were able to complete projects.

The University’s website states: “The University is committed to enabling all current students to complete their studies and ensuring they are supervised appropriately. If individual time or cost pressures arise, these can be raised with the Chair of the Board of Graduate Studies at an appropriate time.”

The future of the HRI site in Wellesbourne, south of Leamington Spa, may also be threatened by the merger. The university said that the site, which is currently running a £2 million deficit, is not sustainable as a separate entity – one of the stated reasons for merging HRI with Biological Sciences. The site has been sustained by government funding since it was acquired by Warwick six years ago, but that funding is now running out.

The site, which is roughly the same size as Warwick’s main campus, features 120 acres of farmland, plus numerous specialised greenhouses, quarantine areas, and laboratories. It also houses the Genetics Resource Unit (an important library of plant genetic material) and a £5 million genomics laboratory. Much of the work done at HRI is unique to the site, and it is one of the few remaining crop science centres in the UK. It was one of several Warwick departments to receive high marks in the most recent Research Assessment Exercise.

Many HRI students who spoke to the _Boar_ said their research would be extremely difficult to conduct anywhere else. Main campus does not have facilities similar to HRI’s, nor is there sufficient extra space to move much of the HRI equipment to campus.

The University denies that it has any plans to close the site.

“We are not closing Warwick HRI – it’s being merged with Biological Sciences to create a new School of Life Sciences. There are no plans for the Wellesbourne site post 2012 – the key issue we are addressing is to ensure we have a sustainable School of Life Sciences. We expect to have research activity on the Wellesbourne site till around 2012 and we continue to have discussions with funders as to whether there is interest in funded activity at Wellesbourne beyond that point,” said Peter Dunn, the University’s Press Officer.

Concerns have also been raised about communication between the University and affected students.

Students complained that after the proposals were announced in October, they were given just 16 days to come to terms with them and write a response. “Four weeks after the biggest cohort of PhD students in HRI’s history had started, they were told they’re likely to lose their supervisors within a year,” said one student.

Another student at HRI said the proposals were “a big blow for us. A few weeks months before, we’d been ranked best in the country, so we thought it was going well.”

More recently, the University has asked that the minutes of the joint SSLC meetings involved in communicating student views on the merger to the University not be distributed to decision-makers, according to a participant in the meetings.

James Plaskitt, MP for Leamington and Warwick, said: “I have a lot of concerns about the way that students learnt about the merger and I have asked the administration to improve the communication. There should be extensive consultation on a one to one basis.”

The students also said options other than closing the site were not considered at the time the proposal was put together, and that if the site closed, the University would be unable to take advantage of upcoming funding opportunities as governments and industries seek to meet the challenges of rising global food insecurity and climate change.

The Royal Society recently released a paper recommending an extra £2 billion be spent on food security and climate change in coming years. While the Society itself does not provide funding, the BBSRC, one of the main funders of life sciences research, also released its plan for the next five years, and named food security as one if its three main priorities.

“HRI is ideally suited to take advantage of these funding opportunities. It has the skills to teach the next generation of scientists to tackle these problems,” a Plant Science PhD student said.

The University stated that the reason for ending HRI’s existence as a separate centre is that “it’s [running] a £2 million a year deficit and that is likely to grow significantly in the long term”.

An HRI student countered: “The financial basis of closing the centre is not clear. There’s a lot of funding coming this direction, and the University didn’t consult external agencies – DEFRA, government, industry.”

The University stated, however, that “BBSRC, DEFRA and a range of horticultural and agricultural organisations” were consulted in the merger process and that “we continue to have active discussions with them”.

This was confirmed by Dr Bill Parker of the Horticultural Research Company (HRC), who told the _Boar_, “we’re in discussion with Warwick at the moment. We are encouraging the university to maintain the applied research [capacity] within the new facility. HRI is one of our major contractors, some of the people are key deliverers for us. The fact they’re at risk is of great concern to us.”

Warwick’s consultation with HRC began before Christmas, Parker said, but added that the “initial announcement came as something of a surprise”. Most of the consultation had taken place “in the last couple weeks”.

Some principal investigators are funded individually, meaning that if they were subject to compulsory redundancies, the funding attached to them could leave the University.

The University’s website states in response to these concerns: “Where feasible we aim to allow funded activity that does not sit within the academic areas of the School to continue. Clearly aspects such as space, technology and support need to be considered and we are unable to assess this until the final structure becomes clear.”

Other politicians also expressed concerns about the plans.

Alan Beddow, Liberal Democrat candidate for Leamington and Warwick, said: “[The merger] can only result in a lower quality institution.”

Jim Cunningham, MP for Coventry South, said: “I was informed that the proposal had been to the Senate and that every attempt would be made to avoid compulsory redundancies. Prof. Thrift outlined to me that other Universities faced similar problems that led to the proposal in respect to the merger. We agreed that it would be useful to meet on at least a yearly basis.”

Chris White, the Conservative candidate for Leamington and Warwick, did not reply when approached for comment. 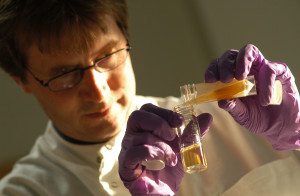 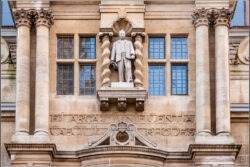