The Hitchhiker’s Guide to Warwick Jailbreak

Whatever happened to hitchhiking? A generation ago, before the days of Easyjet and Ryanair, it was the “in” thing to do. Students would thumb lifts all over the place and it was seen by the grand majority as a standard, acceptable way of getting around.

When I embarked upon 2009’s Jailbreak endeavour I knew that I didn’t want to spend thirty six hours hanging around in an airport, desperately trying to blag a free flight. I wanted to be on the road, meeting different people, watching the world go by. Although my team got down to Dover on trains, from there we hitchhiked all the way to Nuremberg – and all the way back to Cambridge.

While the experience was a rollercoaster ride to say the least, and I came what was possibly the closest ever to freezing to death alongside the Belgian motorway, it is definitely something I will always recommend. It’s carbon-neutral, low-cost (for us it was free, but hitchers can offer petrol money if they wish), and lots of fun.

We met a diverse range of characters: from the DILF professor who took us across the Channel, to the mother and daughter who got us off the ferry and all the way to Brussels, to several businessmen driving to and from city conferences in Germany. Drivers gave us money for food or coffee, or went out of their way to take us closer to our destination. One man gave us a road map of Germany (we had one of Europe, but it proved to be too large-scale), and the American couple who took us to Nuremberg let us shower in their house while they cooked us a hot meal. These astonishing acts of kindness are something one would never find getting on a two-hour flight. The person who won the saviour contest, however, was a Polish van driver named Carol, who picked us up and took us back west when we were at our wits’ end in Nuremberg’s torrential rain. He then proceeded to buy us muffins and, for some reason, alcohol-free beer.

All of these people were fascinating to talk to, and I found my GCSE German come back to me in gradual dribs and drabs; conversations spanned from the financial crisis to Europe to university life. Many were eager to find out where we got to and how we got home, so we exchanged email addresses.

One of the reasons that hitchhiking is not the done thing in the UK any more is our beyond-exaggerated obsession with safety. A multitude of people, on hearing of our adventure, were extremely concerned that something awful would happen to us, despite the fact that we were in a group of three. It was evident that in mainland Europe hitchhiking is a far more regular occurrence, perhaps because of a lack of Daily Mail style indoctrination. This is such a shame. However, I would definitely advise budding hitchers to go in a group and with at least one male. It is useful to go with someone you know has a rational head on them too – I was looked upon as “the mum” of the trip because I didn’t want to just get into a car with any dodgy stranger.

The obvious experience one hopes to gain from travel is that of seeing other countries and cultures, and it is true that most of what we saw out of the car windows was motorway. But we also achieved access to the minds of countless interesting people, who were more than happy to share their experiences and ideas. My next plan is to hitch to Berlin – cheaper, greener and far less hassle than Ryanair! 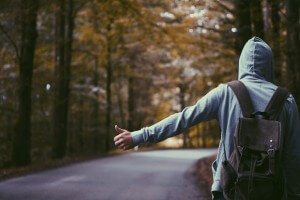 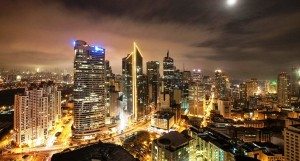 Culture Shocks: Hitchhiking in the Philippines