In the afternoon session of the fifth day, England eventually managed to bowl out their Bangladeshi opponents to secure a 181 run victory. It may sound like a comfortable winning margin, but for long periods in the Bangladesh second innings England were made to sweat as Junaid Siddique and Mushfiqur Rahim shared a partnership of 167.

England started the Test match well after being put in to bat by Bangladesh skipper, Shakib Al Hasan. Alistair Cook and Michael Carberry looked comfortable in a new opening partnership until the latter was dismissed for 30. Trott only hit 39 on a good batting track, but his dismissal brought an out-of-form Kevin Pietersen to the crease. He and Cook shared a partnership of 170 runs until Pietersen was cruelly out for 99 having played a great innings, hitting fifteen fours and a six, highlighting his return to form. Cook went on to secure a new Test best score of 173, and following a supreme 145 from Paul Collingwood and an assured 84 from Ian Bell, England declared on 599-6.

England started well in Bangladesh’s first innings with Broad picking up two early wickets, before Swann picked up a wicket in his first over, something fast becoming a regular occurrence for England’s main spinner. Despite half-centuries from opener Tamim Iqbal, all-rounder Mahmudullah and keeper Rahim, Bangladesh were dismissed for 296, still 303 runs behind England. Swann was the star performer claiming 5-90 from his 29.3 overs, including eight maidens. Broad bowled well, as did Bresnan, and Finn impressed on debut. The innings included a memorable catch from James Tredwell at midwicket, on the pitch as a substitute for Alistair Cook, to dismiss Rahim and provide Swann with his then fourth victim. Many felt that Cook should have enforced the follow-on, but it is understandable that he chose to rest his four-man bowling attack in hot conditions in Chittagong.

England’s second innings was frustrating to watch as there seemed to be little urgency about the batsman, especially after Cook’s dismissal for 39. Carberry was understandably batting circumspectly in his first Test match, and Trott also batted defensively. Following Trott’s exit, Pietersen fired 32 from 24 balls including a huge six off Shakib. His dismissal, lbw to the same bowler, triggered a mini-collapse in which England lost four wickets for eighteen runs, slipping from 126-2 to 144-6. Bell hit a confident 39*, and aided by Swann’s swashbuckling 32 off 25 balls, England declared for the second time in the match, on 209-7, setting Bangladesh a very unlikely target of 513 for victory.

England picked up wickets at fairly regular intervals in Bangladesh’s seconding innings, reducing them to 110-6 until the huge partnership between Siddique, who scored 105 in making his first Test century, and Rahim who struck 95. Following their dismissals, England went on to complete the victory that had been predicted. Swann picked up five more wickets in the second innings to end with match figures of 10-217, his first ten wicket haul for England. Bresnan also impressed picking up three wickets, Broad and Finn also picking up one wicket each.

England’s struggle to dismiss Bangladesh in their second innings which lasted 124 overs highlighted the need for England to select an extra bowler to give their attack more penetration. I was surprised that Tredwell was not selected as England went for a more conservative approach by picking the extra batsman, Michael Carberry. In the second Test starting on Saturday in Mirpur I hope to see England swap a batsman for the extra bowler, especially considering the flat nature of the pitches in the subcontinent, and the depth of England’s batting: Graeme Swann has hit four first-class hundreds, including a best of 183. Although Stuart Broad’s batting average in Test matches is under 30 he has shown much promise, hitting five fifties, including a high-score of 76 against South Africa in the summer of 2008. Some pundits have claimed they would like to see him higher in the order and regard him as a genuine all-rounder. It is frustrating to think that despite the batting talent in Broad and Swann, England persist with cautious team selection.

In the first Test, positives were drawn: Cook won his first match and hit a fluent century, suggesting that the pressure will not get to him. Swann was superb again, proving his credentials as the second best Test bowler in the world at the moment. Tim Bresnan bowled well picking up four wickets in the match, and both Carberry and Finn had solid, if unspectacular debuts. However, I do feel that England need to pick an extra bowler, and play to the conditions; playing an extra spin bowler would suit the spinning pitches, and provide the team with more bowling options. I would like to see either Trott or Carberry dropped to accommodate Tredwell in the side, as England seek to wrap up the series 2-0 and complete a tour whitewash. 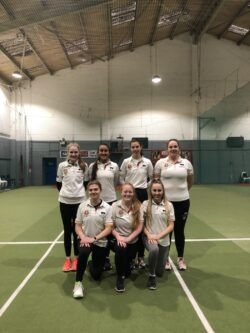 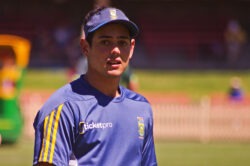 What does it take to run a University sports club? 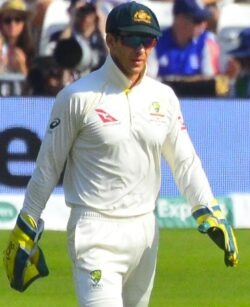