Dortmund roll back the years to thrash Leverkusen

Mention of the Germany’s Borussia Dortmund instantly evokes memory of their wonderful team of the mid-90’s that was one of the most successful in German club football history under the six year stewardship of Ottmar Hitzfeld. Following a shock run to the UEFA Cup final in 1993, where Borussia would lose to Juventus 6-1 on aggregate, Borussia walked away with a significant sum of prize money which was heavily invested into the side. Thus, in 1995 and 1996, spearheaded by the 1996 European Footballer of the Year Matthias Sammer, Borussia would capture the Bundesliga title in consecutive seasons. In the following season’s Uefa Champions League campaign, Dortmund would eliminate Auxerre and Manchester United en route to a rematch with Juventus, only this time for the biggest prize in European football. I remember watching this game because of the quality that both teams possessed. This was Juventus with Zinedine Zidane as the trequartista behind Christian Vieri and Alen Boksic, not to mention a young Alessandro del Piero coming off the bench. Dortmund’s front three of Andreas Moller supporting Karl-Heinz Riedle and Stephane Chapuisat had to contend with a defensive quartet of goalkeeper Angelo Peruzzi, Ciro Ferrara, Paolo Montero and Didier Deschamps – a solid defensive line if ever there was one. In what was an upset, Dortmund avenged their defeat and took the Uefa Champions League title 3-1, capped by a marvellous goal by local substitute Lars Ricken, who, with his first touch, chipped Peruzzi in one of the most memorable goals in the competition’s history. Borussia would fall at the semi-final stage in their attempt to defend their crown in 1998 to eventual winners Real Madrid, unable to overturn their 2-0 first-leg defeat at the Bernabeu. They never reached the heights of 1997 again, finding themselves occasionally in the Uefa Cup. Having been the first – and only – publicly traded club in the Bundesliga at the turn of the century, Borussia hauled in runaway leaders Bayer Leverkusen to capture the title in 2002 and narrowly missed out on a famous double, losing the Uefa Cup final to Feyenoord.

From 2003, however, Dortmund’s fortunes took a turn for the worse. Poor financial management, the kind that we have seen hit English teams, most notably Portsmouth, led to heavy debt and the sale of the Westfalenstadion ground. Dortmund’s shock elimination in the qualifying rounds of the 2003 Uefa Champions League exacerbated the severe crisis. Borussia teetered on the brink of bankruptcy in 2005, requiring players to take pay cuts and, in some cases, such as that of David Odonkor and Tomas Rosicky, the club had to sell its best players, with the low of the last decade being the 13th place finish in 2008.

Over a decade on from their greatest triumph, it appears that Dortmund are back on the way up. Last weekend’s clash with third-place, title-chasing Bayer Leverkusen was a real test of how ready Jurgen Klopp’s team are to challenge at the top of the table. Jupp Heyneckes Leverkusen side have just started to fall off the pace of Bayern Munich and Schalke having led the way for most the season. Many people in Germany have begun to inspect for the dreaded signs of the “Neverkusen” malaise setting in, similar to when Leverkusen threw away the league, the domestic cup and the Champions League when in a great position for all three in 2002. However, Dortmund were unable to cope with a Leverkusen side that looked in great form, with the visitors attacking with verve and purpose. Bayer’s midfielders seemed happy and capable to carve open Dortmund’s defence at will.

Given this, it might be hard to believe that Borussia won 3-0. How could this happen? Two reasons: Firstly, Roman Weidenfeller, overlooked so far for Germany, had a blinding game in the Borussia goal, making incredible saves from an attack containing the league’s top scorer Stefan Kiessling. For Jogi Low’s national side, perhaps Weidenfeller is a worthy contender for the number one shirt, especially since the incumbent, Rene Adler, had another calamitous game in the Leverkusen goal.

Much of the credit has to go to Klopp. Having seen his side let off the hook after the profligacy of Kiessling and strike partner Eren Derdiyok, Klopp sent his charges out after the interval and they seemed a completely different team. Dortmund pressed, hassled and harried the visitors, overrunning them in midfield. Given this backdrop, this turning of the tables, Borussia’s new star stepped up to grab all three points. Lucas Barrios, a 25 year-old Argentine striker who had hardly figured in the match, stole in to give his side the lead and the doubled up with an exquisite outside of the foot effort after a brilliant through ball from Mohamed Zidan, the Egyptian striker who impressed against England. Dimitar Rangelov’s late goal gave Borussia an emphatic win which means that they are now five points behind Leverkusen who remain in third. While five points might seem a fairly large cushion, Leverkusen’s form has been relatively average to Borussia who have stormed up the table. Despite Heyneckes insistence that the result was not disastrous, Leverkusen still have to play Bayern Munich and Schalke, whereas Borussia’s run-in is relatively gentle. The win over Leverkusen translated into a positive increase in the stock price of the Ruhr giants, with potential investors’ interest rising given the clubs proximity to Europe’s big time once again.

Barrios is the key reason behind Dortmund’s surge up the table. The striker has notched 19 times in his 29 games, earning instant comparisons to the club’s legendary Swiss striker Chapuisat. A summer signing from Colo-Colo for a bargain sum of €4.25m, Barrios has settled almost instantly in the Ruhr area. Dortmund will do well to hold on to him and keep this talented, young squad together. With exciting prodigies in the shape of centre-backs Mats Hummels and Neven Subotic along with exciting attacking players such as Zidan and Kevin Grosskreutz and the brilliant Paraguayan Nelson Valdez, Dortmund will have the top clubs in Europe waiting in the wings to poach their prized assets. Barrios, in my opinion, is the right guy to give the side that cutting edge that they were lacking last season, when their good approach play would not materialise into goals. La Pantera (The Panther) as he is known deals solely in the commodity of goals.

Barrios, however, is unlikely to go to the World Cup with Argentina. Diego Maradona has showed little attention to the striker, probably a result of having an embarrassment of riches up front. However, all might not be lost for Borussia’s man of the moment. His mother is from Paraguay, which opens the door for him to join Valdez and board the plane to South Africa. For his part, Barrios is pretty non-committal, perhaps preferring to wait for the call first before committing to anything. With Roque Santa Cruz finding playing time tough to come by and Salvador Cabanas still recovering from his life-threatening injuries, Barrios has an opening to get into the squad and even the starting line-up, with Benfica’s Oscar Cardozo his main competition if Santa Cruz is not up to speed come June.

Barrios’ situation raises an interesting question – how willing are players to play for what they perceive is not their home country? This is slightly different for Barrios given his alternative is down to his mother, rather than him being a resident of a country for the amount of years to qualify for nationality, as was the case for Brazilian-born German striker Cacau. The Stuttgart striker seemingly had little qualms about representing Germany, but it did cause some debate in the country. Similarly, the same case occurred in Portugal over Brazilian-born Deco and Liedson. This brings me to England. Two excellent players are available for selection by Fabio Capello – Charles N’Zogbia and Mikel Arteta. Neither appear to be on the radar of Raymond Domenech and Vicente del Bosque respectively and would definitely add something to the England team, in my opinion. Both players have that valuable ability to play in a variety of positions and formations that would increase the value to any manager and both are in great form for their clubs, adding real end product to their teams attacking play. Arteta is unlucky that he is competing with some of the world’s best midfielders and N’Zogbia does not seem to be in the reckoning at all by the extremely blinkered Domenech. Would English fans have a problem with either or both being selected to represent England?

The Bundesliga shares something with the English Premier League and Ligue 1 that might be crucial come the end of the season. It is a feature that differs significantly from Serie A and La Liga. My last point of today’s blog is the fact that the former three leagues, in the case of a tie for the title, will look at goal difference, whereas the latter two go on head-to-head record. All five leagues are close this season, no-one has run away with it yet, though there are differing degrees of how close it is and how many teams are affected. I personally believe that, in the case of a tie, head-to-head record should be looked at over goal difference. There is an argument which suggests that a playoff should occur in the case of a tie, but there would be major difficulties if more than two teams were equal. I suggest head-to-head record as, I believe that the champions should be crowned based on their record against the best team(s) in the league, not by seeing which team can bully the smaller teams the most. One might argue that goal difference is a proxy for consistency, but there is the caveat of trouncing teams at the end of the season that have next to nothing to play for. Furthermore, consistency is what would get a team into the position of being tied at the top of the table, for being among the very best the league has to offer. I find it almost laughable to believe that Arsenal could win the title, provided they are tied with Chelsea and/or Manchester United, if they trounce the teams they have to play in the remaining games of the season, despite losing twice to both of their aforementioned challengers. Does this really crown the “best” team? In contrast, Spain’s system means that Real Madrid cannot settle for a draw when they play Barcelona on 10th April in El Clasico, as they lost 1-0 at the Camp Nou. Drawing this match would mean that Barcelona took four points off Real and, in the event of a tie, the Blaugrana would retain the title. While Barcelona could play for a draw, it would be a dangerous tactic to employ given they still have to play Sevilla and Espanyol away, whereas Real’s toughest test will come away to Mallorca, so one would expect the champions to try and win the game. Furthermore, it is not the way Barcelona do things – why would they anyway? They have the best player in the world in Lionel Messi who is in irresistible form. I could not finish today’s blog without eulogising about him a little bit. I watched him notch his second consecutive hat-trick against Zaragoza and, like many others who have the privilege of watching this little magician play, I have run out of superlatives to describe him. In years to come, we might all talk of him as the best of all time.

Next week, I turn my attention to the fascinating title race in France, where, as it stands, one of six teams could walk away champions in the closest top of the table scramble in years. 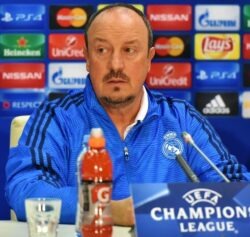 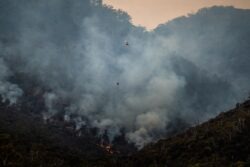 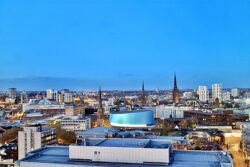 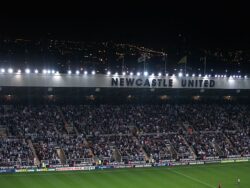