A superb second-half comeback from Aston Villa against championship Reading was the highlight of the FA cup quarter-finals which limited the Premier League to just four matches this weekend. Reading had continued their captivating cup form in the first half by racing into a 2-0 lead against a Villa side that barely competed. Two Shane Long goals, a header and a tap in from the superb Kebe’s cut-back put Reading in the driving seat as the half-time whistle blew. Aston Villa’s bizarre record of never having won under Martin O’Neil during the month of March looked like it would continue. What O’Neil said to his players neither Ashley Young or John Carew would divulge in their post match interviews but it certainly did the job as the former struck back with a goal within two minutes of the restart and the latter ended Reading’s hopes with a hat-trick. Reading undid all of their good work in just ten minutes, going 3-2 down before the hour, but kept on trying and were only prevented from equalising by a last ditch headed clearance. A late Carew penalty made it safe for Villa and the Norwegian their hat-trick hero. Villa were drawn against Chelsea, who finished off Stoke 2-0, in the semi-final draw. The other tie will be between Portsmouth, who defied their financial crisis and lowly league position to beat Birmingham 2-0 at Fratton Park, and the winner of the replay between Tottenham and Fulham.

Away from the cup Everton enjoyed a fantastic 5-1 win over defensively clueless Hull City. Jimmy Bullard’s return from injury was not enough for the Tigers as Everton racked up their 6th successive home win (their best sequence of results at Goodison for four years and the club’s current premier league record). Mikel Arteta was allowed to stroll through the visitors’ defence to volley in at the far post and open the scoring for the Toffees, the Spaniard dedicated his rock-the-baby celebration to his eight-month-old son as he scored his first goal since returning from a lengthy injury. The only consolation that Hull can take from the match is that their lonely contribution to the score-sheet was probably the best of the game, an exquisite dipping shot from youngster Tom Cairney. Just before Everton had missed the chance to go 2-0 up when a somewhat harshly awarded penalty (the ball did not seem to be in play when the tackle came in) was missed by Yakubu. It was a terrible spot-kick, a miss that Nicklas Bendtner might have been proud of (more on him later). Everton got back to business when Arteta bagged himself a second five minutes before half-time and he came close to a hat-trick ten minutes after the break when his floated cross eluded Myhill in the Hull goal and landed on Garcia’s head to rebound over the line for an own-goal. Late goals from Landon Donovan (making what could be his last home performance for the Blues ahead of his return to the USA) and young Jack Rodwell really rubbed in the home side’s superiority. Everton looked miles better than their pre-match position of tenth suggested and they now sit in eighth place but they are still a long way adrift of the Europa League places their current form deserves. Hull’s league position on the other hand doesn’t belie their woeful form, they’re in the relegation zone and deserve to be after defending like they did.

Bolton did just enough at Upton Park to take all three points against West Ham, Kevin Davies scored one and set up another for on-loan Jack Wilshere (now this season’s youngest goal-scorer) to put the Trotters 2-0 up after just a quarter of an hour. Bolton seemed in control until the 70th minute when Tamir Cohen was sent off for his second bookable offence, West Ham then threatened to snatch a draw when Stanislas hit the bar in injury time after Diamanti had pulled one back with a brilliant curling shot minutes before. However Bolton held on to win 2-1 and courtesy of Man United’s laboured 1-0 defeat of Wolves they were the only team in the bottom half to take any points this weekend. Paul Scholes’ 100th Premier league goal prevented an embarrassing stalemate in a game which was more evenly matched than had been expected. Without Wayne Rooney United lacked a spark in attack and Wolves had several chances, all of which they neglected to take. Miss of the week would go to Sam Vokes, who skied his late close range shot against United over the bar when it had looked easier to score, were it not for the ever-confident but rarely on-target Nicklas Bendtner. The big Dane should have had at least a hat-trick which would have given Arsenal’s 3-1 home win against Burnley a more accurate reflection of the gulf between the two sides. Instead the forward conspired to miss four good chances, all from within seven yards, wasting much of Theo Walcott’s good work as the England Winger put in a man of the match performance to silence his midweek critics. Arsenal should have been out of sight when some characteristically poor defending let David Nugent lob an equaliser over the outstretched Almunia, but Walcott and the returning Andrey Archavin added to Fabregas’s brilliant opener to make the win safe. 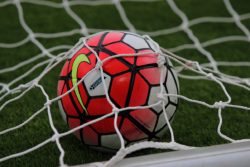 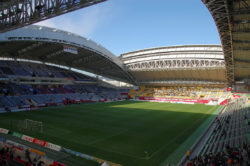