Pride of the Rainbow Nation

As the 2010 football world cup approaches, fans the world over are preparing to visit South Africa. Many will no doubt take the opportunity to explore this beautiful country beyond the inside of a football stadium. There is something to appeal to every visitor – a wide range of spectacular scenery ranging from stunning coastlines and imposing mountains to semi-deserts and sweeping grasslands, and a variety of different cultures to suit. With the exchange rate favouring British visitors, food and drink is of outstanding value, and the hospitability of the locals is sure to impress. As a recently inducted British citizen, I took advantage of my adopted country’s strong financial position (yes, even in a recession) to explore my fatherland in the tourist’s way.

First stop, Kruger National Park: This well-known game reserve is one of the largest in Africa, and draws thousands of visitors every year. 350km long and 60km wide (larger than the entire West Midlands!), the park stretches across two provinces and is host to an impressive number of species, including, of course, the Big Five. The chance of seeing these creatures is what draws the tourists in droves, but as soon as you enter the park it feels like the rest of the world dissolves into obscurity. This is a uniquely African adventure, whether you are screaming with excitement at your first sight of an elephant or listening to the roar of lions in the distance whilst enjoying a cup of coffee around a crackling fire.

Back in reality, Soweto, a district of Johannesburg, is a stark reminder that poverty is still a constant problem in Africa. South Africa’s most well known township is big enough to be a city in its own right, with a population of over 1.3 million. The scene of great civil unrest during the Apartheid years, this township has its own soul, and many who live there are very proud to call it home. The community appears odd to western eyes, with middle-class, suburban houses situated next to sink-huts and slums. The squalor in which some live is appalling, of course, but the people find ingenious ways to make a living from tourists. At Mandela’s childhood home I found a pair of contortionists entertaining tourists and school groups alike with their oddly disconcerting but thoroughly humorous displays. It was better than Britain’s Got Talent. Soweto has the biggest minibus taxi rank in the world, with thousands of taxis transporting the residents to their places of work in Johannesburg and elsewhere. This is also South Africa’s most football crazy township, and with the Soccer City stadium (which will host the first and final matches of the World Cup) nearby, the area is bound to be an even busier hub of activity next year.

Although it cannot compare with the sheer vastness of the Alps or the Himalayas, the Drakensberg mountains in the province of Kwa-Zulu Natal have an appeal that is hard to put into words. The range has a firm place in the history of the Afrikaner people, who fled there from British rule. Nowadays, the many resorts dotted around the mountain range, particularly in Natal, offer visitors the chance to take in the magnificent views, such as the Amphitheatre and Cathedral Peak, whilst allowing easy access to the many hiking routes.

The Garden Route, on the east coast, is simply saturated with gorgeous beaches and, in summer, surfers abound to take advantage of the warm waters and really quite impressive waves. In the spring, sightings of Southern Right Whales are common and they put on magnificent shows, emerging from the water and diving back down with unparalleled grace.

Along this route, the Tsitsikamma National Park is well known locally for its spectacular scenery; no visitor can fail to be awe-inspired by the waves crashing with dramatic intensity against the rocks or the tranquillity gained after walking even a short distance into the surrounding forests. The nearby Bloukrans Bridge is also the scene of the world’s highest bungee jump at 216m into the gorge below – an intimidating sight even for hardened adrenalin seekers. An employee there does the jump on a weekly basis and admits he is still scared every time!

The most well-known and international of all of South Africa’s cities, Cape Town never ceases to amaze. It was here, at the Cape of Good Hope, that the Dutch East India Company started a halfway-station for the trade route between the Netherlands and the East in 1652. The region has a distinct feel from the rest of South Africa, as each culture that has passed through in the subsequent centuries left its mark. The city’s defining feature is, of course, the imposing sight of Table Mountain, which hovers over the city like a guardian. The view from the top of the mountain is jaw-dropping, but even more beautiful are the various views of it from around the city. Standing on the aptly named Bloubergstrand (translates as Blue Mountain beach) with the mountain appearing to rise from the ocean was enough to make me feel slightly weepy. The city is not short on opportunities to socialise with the locals either, and the V&A Waterfront offers the perfect opportunity to gawp and eat at the same time. Behind the Waterfront, visitors to the World Cup will find the Green Point Stadium, a newly completed state-of-the art facility surrounded by the beauty of the city, and a stone’s throw away from the coast.

This area is also South Africa’s premier wine region, and the surrounding vineyards provide plenty of unique experiences, with each attempting to find a different edge in this competitive market. I went to a particularly lovely farm, Fairview, that offered a combined wine and cheese tasting – some of the best stuff I’ve ever tasted.

The area surrounding Cape Town is dotted with small coastal villages that offer other cultural experiences and oddities. The town of Hout Bay, for example, once introduced “Hout Bay passports” as a marketing drive. However, they underestimated the strong feeling of independence among some of the residents – one patriot tried to use his to get to Europe! Hout Bay is also an ideal place to try the local speciality of snoek, a salty fish that can be eaten grilled or deep-fried

South Africa has emerged from its turbulent history tentatively and not without difficulty. However, its natural beauty is complemented by the hospitality of the rainbow nation with its friendly and welcoming attitude. The world is in for a treat.

Are dangerous destinations ever worth the risk? 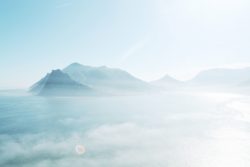 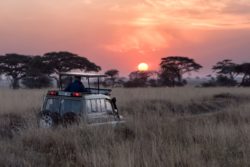 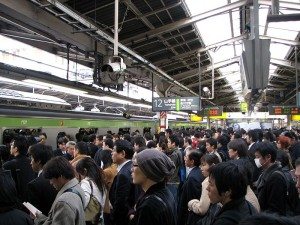 The craziest jobs in the world