The Beatles, Football, great nightlife. These, along with a negative image of high unemployment and criminality, are commonly the main things associated with the city of Liverpool for those who have never visited. Therefore, when the city was awarded the prestigious status of ‘European Capital of Culture’ in 2008, there was much debate about why, above all the other cities in Europe, Liverpool was chosen and what it really had to offer visitors.

Many people are entirely unaware of the city’s rich history as the country’s second largest seaport and its booming shipbuilding and sugar refining industry during the eighteenth and nineteenth century. Although it is no longer a working port, the Albert Docks has been transformed into a stylish and attractive area, today comprising the largest single collection of Grade I listed buildings anywhere in Britain, where visitors can relax in cafes and restaurants or shop in the diverse boutiques. The skyline of the docks, made up of the iconic ‘three graces’: the Cunard Building, Port of Liverpool Building and the world-famous Royal Liver Building, topped by the Liver Birds, create a stunning waterfront. At the pier head, several museums and galleries can be found including the Tate Liverpool, Merseyside Maritime Museum and the new International Slavery Museum in reference to the part Liverpool played in the slave trade triangle between Africa and the West Indies during the 1700s.

For those who only have a short space of time to see the city, a fun way is to take a ‘Duck Tour’ in a yellow bus that navigates the city’s main sights before splashing down into the Docks and transforming into a boat. For others with more time, there is much to see on foot. A visit to Matthew Street will reveal the Cavern Club where the Beatle’s success story began and is also the home of the yearly Matthew Street Music Festival. The area around William Brown Street offers further museums and galleries including the Walker Art Gallery, as well as the neo-classical civic building St George’s Hall, which is worth a visit for its impressive architecture, brick arch and detailed 30,000-tile mosaic flooring.

The city is also home to two stunning cathedrals, one Catholic and one Anglican, on either end of the same Hope Street. They complement each other beautifully through their striking opposition; the modern Catholic Cathedral shaped like a giant wigwam with its bold stained glass windows, and the Anglican Cathedral, the largest in Britain and the fifth largest in the world, built in an imposing gothic style.

Meanwhile the capital of culture status has led to the complete regeneration of the city centre, including the creation of Liverpool One, a £920 million complex that has completely changed the dimensions of the main commercial district. With hundreds of shops, bars, restaurants and cafes, it keeps visitors entertained for hours.

Liverpool is a city overflowing with culture, heritage and history. Visitors are never short of things to see or do, regardless of where their interests lie and of course, on top of everything mentioned above there is also a fascinating Beatles Story Tour, two world-famous football stadia – Anfield and Goodison Park, and a famously vibrant nightlife. 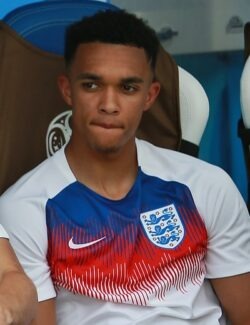