The X Factor is back, and more popular than ever, with millions of people tuning in every weekend to find out the fate of the latest contestants. Now that the auditions, full of wannabes and tone deaf idiots, are finally out of the way, the true fun begins.

The Final Twelve were picked by the judges last weekend. Last Saturday’s show was great, with lots of singing and general enjoyment, but the Sunday show definitely dragged on, with far too many shots of Cheryl from different angles taking up what seemed like most the show. It was tiresome to watch just to hear who had been put through to the final twelve. Danii Minogue, in charge of the girls this year, started out the episode by making her pick – with the help of her sister Kylie, of course. Early audition highlight, teenager Lucie Jones, was chosen, and at this stage she seems one of the favourites for the win.

Cheryl Cole, normally the nation’s sweetheart, may have put a foot wrong by not choosing to send through opera singer Daniel Fox. This was probably due to her own personal musical taste and career – she’s not exactly had much experience with opera – but many people, and possibly even Cheryl herself, now feel that Daniel was hard done by. Half way through speaking to him, she had to pause for a break, apparently tormented by the decision. She told him that “it doesn’t feel right”, but nevertheless still decided to cut him out of her final three. It was all very much in the spirit of the X Factor, and probably assured Daniel a generous record deal in the future. However, at least she did put through gorgeous Danyl Jones, whose rendition of With A Little Help From My Friends cemented his place as the bookies’ favourite. She also picked the lovely Lloyd Daniels (this is, apparently, the Year of the Daniels) despite voicing concerns at his young age. He is only sixteen, which seems shockingly young, but it’s interesting to remember that Cheryl herself was only nineteen when she shot to fame. Seven years later, she is a household name.

Louis Walsh has, controversially, been given the group section for the second year running. This is probably a punishment for annoying Simon Cowell. He continues his odd run of choices by deciding to put seventeen year old twins John and Edward through to the final twelve. These spiky haired Irish boys are some of the most annoying people I have ever seen on television. Even the other judges agree with me – Simon Cowell famously (and rather brilliantly) called them “vile little creatures who would step on their mother’s head to have a hit”. But Louis insisted on sending them through, claiming that he “saw something in them that none of the other judges saw”. I don’t think anyone else can see it either. This year, however, Louis’s group section, which has been significantly weaker than the other three in previous years, has a real chance for success in Miss Frank. Its three members originally applied to the X Factor separately, but they sounded so good together that the judges had them re-apply as a group during boot camp. This was definitely a good move, since they sound far better together than they did apart.

Simon Cowell also had some tough decisions in the Over 25s group. He ended up choosing energy adviser Olly Murs at the expense of Daniel Pearce (yet another Daniel) who was seeking a second shot at fame after the total and embarrassing failure of boyband One True Voice. “It was about giving somebody a first shot,” Cowell told the singer as he explained his decision. It seems more likely, however, that Simon Cowell still just really hates One True Voice. And who wouldn’t?

But is the X Factor ultimately going downhill? Unlike last year, there just hasn’t been as much focus on the background of the contestants. Despite its awfully cringeworthy nature at times – remember last year’s Daniel Evans and his tragic motherless child? – that focus did definitely add interest and amusement to the program. Without it, you get episodes like that unnecessarily dragged out result show on Sunday.

Nevertheless, the finalists are still an interesting bunch, and it will be interesting to see how their mentor judges improve them, and sell them to the nation, over the coming weeks. 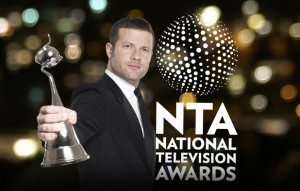