The latest National Student Satisfaction Survey results demonstrate that over 88 per cent of finalists at Warwick were satisfied with the quality of their degree.

The result places Warwick well above the national average of 82 per cent and also above most of the other prestigious Russell Group universities who averaged 85 per cent.

Three-fifths of all finalists took part in the survey conducted by Ipsos MORI and were asked to rate a number of aspects of their degree course. Nationally, students seemed pleased with the quality of teaching they received with 83 per cent of students rating it satisfactory or better.

On the other hand, more than a third were dissatisfied with or ambivalent towards the feedback and marking on their course. Warwick students were particularly impressed with course content and teaching.

However, the university also recognised the need to improve certain areas. Kelly Parkes-Harrison, the University’s Communications Officer, said, “The Academic Quality and Standards Committee will be considering the results in more detail later this term and will be identifying areas which may require improvement and examples of good practice that should be shared between departments.”

With regards to overall satisfaction, the Open University scored highest with 94 per cent. Cambridge also scored highly with 91 per cent, however, this was down two per cent on last year. Warwick’s result was the same as last year, placing the university comfortably ahead of local rivals Coventry who scored 78 per cent.

Despite Warwick holding steady, it was the first time in the five-year history of the survey that national student satisfaction dropped – down by one per cent from last year.

Sumaiya Khaku, Education Officer for the Students’ Union, thought the results were not as positive as they appeared, “Warwick students are no doubt quite satisfied with their overall experience at Warwick but there is no improvement from last year.

“As a top higher education institution Warwick should always aim for improvement to its results. Almost a quarter of respondents left with a sense of dissatisfaction.”

She continued, “The University is a research intensive institution and this leads to a focus on research to the detriment of teaching requirements. Chief amongst teaching needs is the quality of feedback that students receive.

“Fees have increased tremendously for EU and domestic students, with even higher increases for international students but quality has failed to be enhanced by a proportionate amount.”

The National Union of Students (NUS) also blamed the one per cent drop on the fact that the students taking part in the survey were the first to pay increased tuition fees of over £3,000 a year.

Wes Streeting, NUS President, said, “We are pleased that most students remain happy with the quality of university courses. However, we are concerned that the survey reveals a dip in overall levels of satisfaction as the first group of students to pay top up fees prepared to graduate.

“Tuition fees in England were trebled in 2006, but students have not seen a demonstrable improvement in the quality of their experience. There is clearly no room for complacency on the part of universities, who have a responsibility to improve standards in accordance with their increased resources.”

Vice-Chancellors said they were pleased with the results given that graduates are facing the highest levels of unemployment in years.

Diana Warwick, Chief Executive of Universities UK, said, “We’re pleased that so many students continue to rate their higher education experience so highly.

“It is particularly reassuring that, at a time of economic uncertainty when students may be understandably anxious about their job prospects [as new graduates], nevertheless the overall satisfaction rate remains over 80 per cent.” 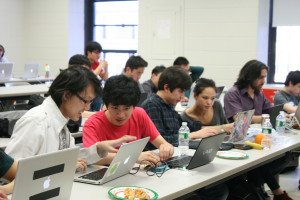 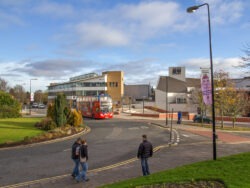