The illusion of freedom

Two weeks ago Rowan Laxton, the head of the South Asia desk at the FCO, was found guilty of racially aggravated harassment. He was in a London gym watching a television report about the death of a farmer killed by Israeli bombs during the Gaza conflict when he exclaimed: “Fucking Israelis, fucking Jews.” It is also alleged that he said “If I had my way, the fucking international community should be sent in and if the Israelis got in the way, they’d be blown off the fucking earth.”

What he did was inappropriate and this is aggravated by the fact he is a diplomat. One would hope that Her Majesty’s representatives be able to express themselves in a more diplomatic manner. He should resign.

What Mr Laxton said is of absolutely no use to the debate about what Israel did in Gaza and it was not meant to be. As the judge said “it was an emotional reaction”.

He was convicted under the Criminal and Disorder Act 1998, one of the many Acts passed by New Labour relating to criminal justice. Here is how the Home Office summarises the law: “A crime will count as “racially aggravated” if it can be shown that it was motivated either wholly or partly by racism. A crime will also count as “racially aggravated” if it can be shown that – even though the motivation for the attack was not racist – racist hostility was demonstrated during the course of the offence or immediately before or after it.” A “racial group” is, for the purposes of the new offences, “a group of persons defined by reference to race, colour, nationality (including citizenship) or ethnic or national origins”. The Act does not cover religion but it “makes it clear that even where there is a religious element to a crime, so long as some part of the motivation is racial, the offence will count as a racially aggravated offence.” So shouting “fucking French” at me (I am French) even if your motivation is not “racist” (saying that French is a race would cause an outcry in France) counts as racially aggravated.

If your racially aggravated action happens to be considered harassment or “putting people in fear of violence” within the meaning of the Protection of Harassment Act 1997 (a New Labour law which has very often been used against peaceful protesters) then you would be, like Mr Laxton, guilty of “racially aggravated harassment”. In any event should the reasons why someone does something be relevant in convicting him?

I mentioned above that religious hatred was not covered by the Act. This is now the case thanks to Racial and Religious Hatred Act 2006. That act goes even further than the previous laws by its references to “threatening” words, behaviour, written material and public performance of a play.

In any event these laws will not defeat racism: the law cannot control what people think. They could even be counter productive.

These new laws reflect a very worrying development, the creation of a right not to be offended. This of course goes against free speech, which after all means not the right to express views you agree with but also views you wholeheartedly disagree with. It is essential that in a democratic society one should be able to offend.

It’s interesting to note the contrast between what happened with Mr Laxton and what happened in Sweden recently. A tabloid newspaper published an article claiming that Israeli soldiers had harvested the organs of some Palestinians whom they had shot. Within hours, Israel’s deputy foreign minister had denounced the article for racism and demanded that it be condemned by the Swedish government. However the Swedish foreign minster wrote on his blog that Israel wanted the Swedish government to distance itself from the article or take steps to prevent a replication, but that was not how the country worked. “Freedom of expression and press freedom are very strong in our constitution by tradition. And that strong protection has served our democracy and our country well”, he wrote. This robust defence of freedom of expression was endorsed by the prime minister.

It seems Britain is no longer the land of liberty it used to be. 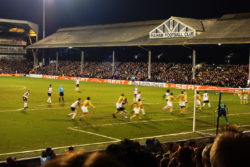 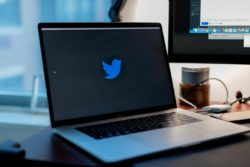 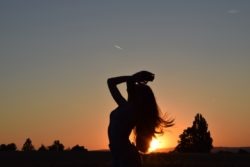