Boar Sport knows what you did last summer

What is it that we love about sport? What makes us watch that same art being executed over and over again, year after year? This summer’s sporting activity provided the answers to the questions. There were achievements of unsurpassed endeavour, mixed in with the disappointment of devastating new lows, at times set up against a back drop of controversy and rumours. Everyone loves a rumour, yet there is something so much sweeter in witnessing history in the making right in front of your eyes.

At the World Championships in Berlin, Usain Bolt stunned the world, as he crossed the finishing line strides ahead of his opponents and raised his arms horizontally, you would have been forgiven for thinking that he was about to take off; off the face of the earth where us mere mortals can barely tie our laces in 9.58s, let alone run 100 metres.

The 0.11s that he not just shaved, but sawed off his previous best of 9.69s was the greatest improvement in the 100m record since electronic timing began in 1968. His trademark celebration of pointing to the stars is quite indicative of what he has become. The man is truly light years ahead of his time, and really raised the bar in terms of what can be achieved by sportsmen or women who are not merely gifted, but are prepared to dare to aim high.

As Bolt’s flame died down, Caster Semenya’s gender row continued to cause controversy well after the Championships’ end. Having taken 800m Gold, she was subjected to a gender test, to determine whether in fact she was indeed a woman. The rate at which she was improving was stark. Eyebrows were raised with a staggering improvement of eight seconds on her previous personal best and an unbelievable twenty seconds off her 1500m the year before the World Championships. Plausible for a girl of nineteen?

The test results showed that her testosterone levels were three times higher than the average woman’s, yet did not prove she was a man. South Africa, outraged at the governing body’s actions, came out in defiant support of their teen sensation. The complexities of genetics and hormones clouded the situation, yet Semenya was backed by her country, and her victory brought unity to a country so often divided.

In cricket, England’s Ashes victory brought jubilation to the country. Spare a thought for the man, Jonathan Trott, walking out on his debut in the deciding Test of an Ashes encounter. His composed and compact technique held him in good stead for everything that the Australian bowlers threw at him, and incredibly scored only the second hundred by an England batsman in the series, a match winning one at that. England, despite being statistically inferior, handled the key passages of games impeccably, and this handed them victory, though not half as convincing as 2005’s glory.

As inspirational as Stuart Broad’s spell was on Day Three of the final Test at the Oval, he did not bowl well in the Tests before. For every fifty an England batsman scored, and there weren’t many, the Australians scored more. This form probably proved itself massively in the ODI tournament after. The 6-1 drubbing was hard to take, but almost expected after the manner of the initial defeats. And in true English style, they then left for the ICC Trophy after only two days and beat South Africa and Sri Lanka, two of the competition’s hottest favourites, in their opening two games.

In the footballing world, everything went a bit crazy this summer. Money has been flowing around as smoothly and constantly as the oil by which it was made, as Manchester City proved money talks with big summer signings. Carlos Tevez was snatched from under the noses of city rivals Manchester United for £25 million. Emanuel Adebayor and Kolo Toure were signed from Arsenal for similar prices, all are big names from big clubs.

Yet they were eclipsed by Real Madrid, who paid astronomical figures to add to ‘los galacticos.’ Xabi Alonso for £30 million and Kaka for £56 million were just the tip of the iceberg. Cristiano Ronaldo cost £80 million. Ian Wright recently asked, ‘Is Ronaldo worth £80 million? Is anyone worth £80 million?’ I ask, is Joleon Lescott worth £26 million and the title of third most expensive defender in the history of the game?

On the pitch, England’s World Cup Qualifying campaign could not have gone better. Capello has won every game, including a highly impressive 5-1 victory against Croatia. It seems he has solved the age-old problem of playing Gerrard and Lampard together with the inclusion of Barry, and Rooney is scoring goals for fun. A certain Bobby Robson, who unfortunately passed away in September, would no doubt have been proud with the current state of affairs with the England team. He embodied English football, with a passion and enthusiasm that was second to none. In Gary Lineker’s words, ‘He was a lion of a man, no, make that three,’ and the game is worse off having lost a man of his stature.

Wimbledon was won once more by Roger Federer, with the dependence of that victory on Nadal’s absence unquantifiable. An air of invincibility was returning to the King with his forehand returning to its destructive best with added consistency. Just as we thought we were going through the motions watching him take his 6th consecutive US Open, in the final he was defeated by the 20 year-old Argentine, Juan Del Potro.

Being two sets to one down, it seemed that the youngster would not have had the experience to fight back, but what he lacked in experience he made up for in determination and perseverance. Andy Murray has been tipped for a Grand Slam by many for a while now, but to be a true great he will have to learn how to win even when he is having a bad day. Only then can his Grand Slam dreams materialise.

The big fight in the summer was Floyd ‘Money’ Mayweather’s return to the ring. Two years on from his deconstruction of Ricky ‘Hitman’ Hatton, Mayweather, now 32, returned with claims of being the best ever; better than Sugar Ray; better than Ali. It is hard to argue with the guy who is ‘looking for someone to shut him up’ as his forty bout winning streak was never in doubt, as he entirely dictated all twelve rounds with lightning speed, rock-solid defence and bruising combinations that Marquez, himself a three weight world Champion, simply could not handle. Many critics suggested Mayweather had been mis-matched for the fight, and urged the much-anticipated match up with Manny Pacquiao, another of Hatton’s conquerors, to materialise.

Formula 1 has been shaken and stirred and shaken again this summer. New regulations have seen giants Ferrari and McLaren miles of the pace while entire newcomers Brawn dominated the opening races. Lewis Hamilton was driving a car seemingly significantly worse than his rivals, explaining his continual absence from the podium in the early grand prixs. Fellow Brit Jenson Button, however, has prospered, claiming pole on a number of occasions, finally proving his potential when given a car that is competitive.

The biggest stir though has been regarding Renault. Their owner has been banned from the sport for life for making one of his drivers crash intentionally so that Fernando Alonso, Renault’s premier driver could take pole. This is not the first time the honesty of Formula 1 has been called into question. At the beginning of the summer Lewis Hamilton was pulled up for lying to officials, and one feels the sports integrity now hangs in the balance.

But as we started, everyone loves a rumour. And for the winter ahead we hope for many more, with controversy, highs, lows, and history altering moments aplenty. 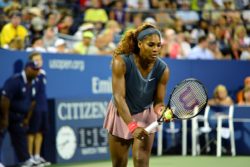 The gender gap is apparent, it will worsen if female athletes are continually scrutinised and objectified

Sporting Heroes of the Year 2015