2009 appears to be the Year of the Vampire. The Twilight series, the story of sparkly Mormon vampire Edward and his teenage codependent Bella, has sold millions of copies and filled millions of cinema seats, and its success means that studio execs are now resolutely beating the undead horse in search of yet another way to cash in on the trend.

HBO seems to have found it in True Blood. Created by Alan Ball (previous credits include, surprisingly, Six Feet Under), it’s the story of telepathic waitress Sookie Stackhouse (Anna Paquin, X-Men), a girl who works in a diner in a small town called Bon Temps. The viewer can tell that Bon Temps is in the Deep South, by the way, because all of its residents eeeee-nun-ciiiii-aaaaaate their vowels so strenuously that every scene takes twice as long as it otherwise would.

More interestingly, though, Bon Temps is part of an alternate America where the creation of synthetic blood has finally allowed vampires to come ‘out of the coffin’ and live among humans. The town has recently acquired its first ‘out’ vampire in Bill Compton (Stephen Moyer), a Civil War veteran who looks rather like a cut-price Heathcliff. Bill displays the same emotional range as carpeting, but because she discovers that she can’t read his mind, Sookie finds his silence and pallor charming and they fall in love, much to the chagrin of the other residents.

So far, so dull, but True Blood’s real hook has never been its romantic leads. A great deal of its charm lies in its excellent supporting cast of relative unknowns, including the bitterly misanthropic Tara (named for the ranch, to her vast fury, and played by Rutina Wesley), Sookie’s engagingly stupid and sex-obsessed brother Jason (Ryan Kwanten), and flamboyant drug dealer Lafayette (Nelsan Ellis). All of the show’s most outrageous and funny lines are given to them, most memorably Lafayette’s tirade against a group of homophobic gentlemen trying to order a burger.

The real plot arrives when someone begins to murder Sookie’s fellow waitresses, implicating Jason (accurately described by one character as ‘dumber than a box of hair’) in the killings. Of course, it’s up to Sookie to use her telepathy and her breasts (these two character traits are given approximately equal airtime) to solve the mystery.

It’s worth noting (and you can take this as either a warning or as an incentive) that True Blood is astonishingly concerned with fitting as many sex scenes as possible into each episode. Probably trying to make up for the prudery of Twilight, its characters disport themselves with the sort of gleeful abandon not seen since HBO’s Rome. While Season One sensitively explores the issues surrounding sex with vampires, giving the world the word ‘fangbanging’ in the process, Season Two (which has just finished airing in the USA) is mainly concerned with accurately and truthfully portraying the effects of a sex demon on the town of Bon Temps, taking a break from time to time to consider the charms of sexy Viking vampire Eric Northman (Alexander Skarsgard). The Wire this is not.

The moment that sums up the spirit of the entire show comes in episode eight of the first season. Sookie, convinced that her lover Bill has died, rushes to the graveyard to mourn beside his burial plot. A hand suddenly bursts out of the soil and grabs hold of her foot. As she screams and writhes about, Bill himself emerges from the ground, completely naked and caked in dirt. He calls out her name, she realises who it is – and then they have sex, even though they are in a graveyard and he is, as previously mentioned, completely covered in dirt. I am not one of the world’s neat freaks, but even I can see that this scenario presents some severe personal hygiene issues. But, you see, in the True Blood universe no such logical problem exists. The show gambols along joyously, without rhyme, reason or any attempt at sensible thought. It’s utterly silly and delightfully fun to watch, a mad, sexy product of the maddest, sexiest American channel there is. And the best thing of all is that there’s not a sparkly teenage vampire in sight. 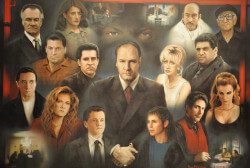 What makes a grand finale? 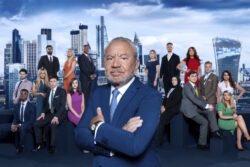 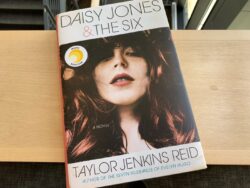