Warwick’s Medics Rugby side finished off a great season with a place in the final of the National Medical Schools Rugby Cup, losing the biggest game in the club’s history 37-5 to Cardiff University.

Forming in 2004, Medics Rugby had until this year only managed a quarterfinal place in NAMS and had previously thought it impossible to defeat such well-established teams as Birmingham and Leeds, whom they secured easy victories against during the season.

However, five of the fifteen starters faced a dilemma in playing the final: the game fell on the Saturday before finalist clinical exams, so the players had to make the choice of either playing and risking injury before the most important exams of their lives, or miss the biggest rugby game in the club’s history. Every fourth year gallantly chose to play for their squad.

Under the supervision of captains James Morgan and Ben Anderson, the close-knit team train twice a week and have formed links with local side Broardstreet RFC who the squad sometime train with to practice live scrummaging and line out sessions.

The dedication of the team members was demonstrated not only by the fourth-years sitting their finals exams, but by captain James Morgan. The skipper flew back a week early from his elective in Ethiopia to be with the team in the build-up to the final.

The story was also featured in the Coventry Telegraph, following the success of the Medics team, who earlier in the season triumphed in a 20-20 Cuo. Their triumph in this competition was in November, when the team decided to don moustaches, as demonstrated by the accompanying photo.

This was in support of a charity called ‘Movember’, which actively seeks to raise awareness for prostate cancer and other cancers which effect men in particular.

The team also succesfully defended the Varsity Cup this season with an emphatic defeat of old foes Leicester, destroying the opposition by 83 points to 3.

The squad are incredibly proud of their season and are looking to achieve similar success next year. 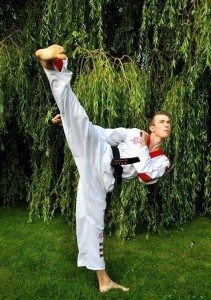