Sarah Waters’ latest novel, The Little Stranger, captures the pitiless and grotesque descent of the English land-owning elites. Set in the backwaters of Warwickshire during the post war years Waters spins her ghastly tale around the Ayres family of Hundreds Hall, a dilapidated Georgian mansion, which has sunk into financial and architectural ruin, and in which the family are becoming increasingly strange and alienated.

The novel is told through the eyes of a rational – yet extremely boring – family doctor, Dr Faraday, a disenchanted, middle-class bachelor, for whom the life of Hundreds Hall is both repulsive and magnetic. Having lived in Warwickshire his entire life, Dr Faraday reminisces about a summer party he attended with his mother as a child in the grounds of Hundreds hall, and the minuscule peek he managed to get of the interior of the house vividly stays with him. When he is called out to the house in later life, to examine the servant girl who has been complaining of stomach pains, Dr Faraday is shocked and intrigued as to how the house and its inhabitants have fallen from grace and grandeur so dramatically, as to be almost entirely incompatible with his luminous memory of the place.

Faraday and the reader quickly become aware that something is amiss within the house; the family are odd and completely isolated from ration-book reality , not to mention in a desperate financial muddle. It quickly transpires that the son, and man of the manner Roderick, has suffered terribly from his experiences as a pilot in the First World War, and as well as physical scarring, also has had “nervous trouble” or “war shock”. Mrs Ayres, worries constantly about her son, and having lost a daughter in infancy, lives in a half-haze of days gone by, looking back to when the house had many servants, when they had real aristocratic, county family lives, long before the times of huddling round oil lamps, and carrying out the farm chores themselves.

Miss Caroline Ayres is an unbecoming spinster who has resigned herself to the chores the house assigns her. Ravaged by poverty, her femininity drains away with the family money, leaving chapped cheeks and gnarled hands (which Dr Faraday unconvincingly falls in love with). The Ayres family are strangely tied to their house, they will not give up on it, even though the whole thing is about to disintegrate. It is oddly the house that assigns them the work, and controls them, as they cling hopelessly to it for their identity. After all, what is an upper class family without their big house? In a sense, the house is a haunting presence long before the introduction of ghostly fears in The Little Stranger, always looming in the background as a pitiless reminder of the height the family has fallen from, the grandeur which has gone rotten with the tragedies of war and death.

The combination of looming financial ruin and the end of the era of upper class decorum and public respect, as well as the horrors of the First World War, would be enough to account for the spooky and uneasy atmosphere which Betty, the servant girl reports the house to have. Yet the way in which Hundreds Hall is haunted is somewhat over defined in the book. It is simultaneously haunted by the guilt-ridden and traumatised Roderick, the grieving and desperate Mrs Ayres and the strangely distant and indifferent Caroline, who has no sympathy when her dog ravages a little girls face. The house is also haunted by the social change of the era, with the decline of the land owning elites and the rise of middle class “vulgar” business men. And on top of all this, the Ayres family think their house to be haunted by a ghost, or supernatural force, related to the death of their sister, who died as a child.

The strange occurrences which Dr Faraday witnesses at Hundreds Hall, such as unexplainable black burn marks appearing on the ceilings, furniture being moved around and strange bouts of sleep walking, are not so much spine chilling as annoyingly unresolved. The super natural grip of the house over its inhabitants is ultimately attributed to madness and alienation. Whilst Roderick’s decent into insanity is foreshadowed from his first appearance in the novel, Caroline’s is somewhat unbelievable, and even the rational doctor finds it difficult to reconcile with the cold and intelligent woman he had known.

The Little Stranger is not a ghost story in itself, but is a story of the way in which people attribute strange events to supernatural forces, for fear of seeing the ghastly reality of the actual causes. The Ayres family are more willing to accept a ghost story than to accept what is really haunting them. A ghost story is often much easier to tell, than a decent into oblivion caused by grief, guilt and a lost sense of identity, which is ultimately what plagues the family. 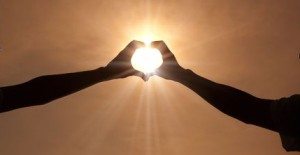 Romance or Crime? Review of ‘The Paying Guests’ 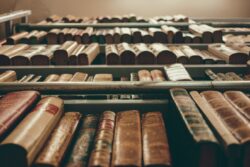 What does ‘Working Class Writing’ even mean?