Ten years ago Dr. Billson was working on airborne ultrasound. As a side project he and Professor David Hutchings started working on a revolutionary way to produce sound. Today, in addition to their academic work, they run Warwick Audio Technologies with £200,000 of funding from the Mercia Technology Seed Fund they are now ready to bring the technology to commercial use.

The sounds we hear are made by pressure waves passing though the air. The volume of the sound is dictated by the amplitude of the wave, in other words how far the air moves back and forth. The pitch of the sound, whether it’s a high or low note, depends on how quickly the air moves, known as the frequency.

A conventional loudspeaker uses a magnet and coil to move a cone backwards and forwards. The sound is encoded as an electrical signal and passes through the coil producing a magnetic field, the field alternatively attracted to is then repelled from the magnet in time to the signal. The coil is connected to the cone so the cone also moves in time to the signal, pushing the air around it and producing sound waves. This basic principle was invented in 1876 by Alexander Graham Bell, inventor of the telephone, and hasn’t changed much since then. This design is inefficient, as besides the fact that most of the energy goes into heating the coil rather than moving the cone, it is also large and cumbersome.

The new design bypasses the need for a coil and magnet by using a material which vibrates when the electrical signal is passed through it. The way the Flexible Flat Loudspeaker (FFL) is made is a closely guarded secret but Dr. Billson says that it is made from an “aluminised polymer membranes and a metallic (porous) back plate.” Aluminised polymer membranes are common in the space industry and are used for solar shielding among other uses.

This system is far more efficient and uses around one percent of the energy of a conventional loudspeaker. FFLs also benefit from being relatively cheap; the loudspeakers can be made in large sheets between A3 and A5 paper sizes.

The FFLs produce directional sound. This is a major benefit of the technology because it prevents the sound quality and volume degrading as you move away from the speaker. Directional sound does not suffer from the problems of conventional speakers because the sound waves all travel in the same direction. The sound from ordinary speakers spreads out in all directions like ripples on a pond. As the wave is spread over a larger area its volume decreases in proportion to the distance from the speaker. Directional sound does not spread out it this way so the wave is not spread out and the volume remains high.

This makes FFLs especially useful in large areas like lecture halls or airports where it is important that the sound clearly reaches every part of the room. FFLs are able to achieve highly directional sound for two reasons: Firstly increasing the size of the speaker decreases the amount of diffraction (spreading of waves). FLLs can be made to fit any size and thus can be much larger than conventional speakers. The second reason is that the FLL “operate as a ‘plane-piston’, i.e. the whole surface moves at the same time, and in the same direction [to] the wave” explains Dr. Billson. However existing speakers “do not move equally across [their] surface, but instead vibrates, with the surface moving in several planes”.

The flexible nature of the FFL allows it to be placed in complex environments such as car interiors. Engineers will be able to bend the speakers to direct the sound where it is required and prevent ‘zoning’ where interference from different speakers reduces audio quality.

One of Dr Billson’s second year engineering students, Marc Bellessort, commented “this is an exciting development in audio technology, I look forward to listening to my extensive Mozart collection on an FFL in the next few years.” 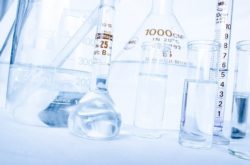