Warwick and Cambridge: the David and Goliath of libraries

It’s that time of year again. The library is full of students studying away, chugging on their energy drinks. Facebook is inundated with friends updating the world on how many words of their essay they have done, or how their revision is going. The stress of work often gets too much, and people (some of whom haven’t set foot in the library for the last 2 terms) can get irate. However, I have recently seen the library in a whole new light.

Over the holidays I returned to Cambridge, and sought refuge in the University Library, colloquially known as the ‘UL’. It is an impressive building, designed by Giles Gilbert Scott, the man who brought us the Tate Modern, the Battersea Power Station and Liverpool Cathedral. Not to mention the most quintessential of English constructions, the phone box. The UL resembles the Tate modern, and indeed most of Scott’s work, in that it has a rather phallic appearance. So much so, that upon opening the building, Neville Chamberlain is said to have described it as a “magnificent erection”. A truly inspirational atmosphere for learning.

Warwick’s library, by contrast, was built by the man who invented Milton Keynes, and then done up by Lawrence Llewelyn-Bowen in a weekend. It is a grand edifice bequeathed to us by our founding fathers, whereas Cambridge students see theirs as a new addition. Funny then, that the UL is twice as old.

Anyway, by the time I entered the building and got my access card, I was ready to get cracking. Not so fast! Apparently, the wise librarians of Cambridge have decided that the books are more important than the people reading them. For this reason no food, drink or bags are allowed into the library. So there are lockers for all contraband items, and a clear plastic bag may be purchased for twenty pence (Warwick is currently offering free bags) to get legitimate items in. Just to make things more interesting, as well as banning any consumption in the library, they also make acts of excretion as hard as possible for the bargain. There is only one set of toilets, and they are on the ground floor. That’s a fair trek from the sixth floor!

Warwick’s library has a million books, whereas the UL has eight million. This is not an entirely fair comparison, however, as Cambridge’s is a legal deposit library, allowing it to claim any book, journal or map published in Britain free of charge. It certainly doesn’t hold back on the maps, and stocks one and a half million of them. But, somewhat unsurprisingly, the UL has run out of space so there are now rows of books lined up on tables.

Also, the boast of eight million books is somewhat misleading. For a start, most of the books are not waiting for you on the shelf. They are in storage, and must be requested from the desk, taking up to forty-five minutes to be delivered. Furthermore, it turns out that first and second year undergraduates are not allowed to take books out of the library. Thus students can read their books on site in the main reading room, but this has no sockets for laptops.

Warwick’s library is simply more practical. Rather than the funky aisle lights that detect movement and illuminate the quest for that elusive book, Cambridge has a system where there is an egg timer at the end of each aisle. Users must decide for how long light is required, and then twist the egg timer accordingly. Rather than having quiet floors, the UL is simply a quiet library. It is only open from 9am until 10pm, whereas Warwick is open from 8am until 2am. So for ease of getting some work done, Warwick’s library wins hands down. We now even have a service where the library can text the location of free computers to students upon request. So next time you are frustrated at the lack of space or facilities, count yourself lucky. Cicero once said that “if you have a garden and a library, you have everything you need.” Who knows what he would have made of the learning grid?

A nanny state should regulate large corporations, not punish consumers 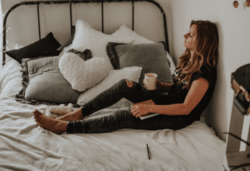