Stoner plays by the rules

As Casey Stoner cruised across the start-finish line to win in Qatar, pulling an enormous wheelie and beating second-place Valentino Rossi by an emphatic eight seconds, one could be forgiven for assuming that the opening round of the 2009/10 MotoGP season had been a rather dull affair.

The race itself will not go down as a classic, but Stoner’s victory does mark the end of the one of the most turbulent pre-seasons MotoGP has ever seen, as well as signalling the start of a potentially fascinating season of racing ahead. A raft of rule changes, aimed at reducing costs whilst promoting closer races, and an intriguing new batch of riders, bodes well for a sport often eclipsed by its more illustrious four-wheeled cousin, Formula One.

Of all these rule changes, the most controversial is undoubtedly the ‘single tyre rule’, meaning that all riders must now use Bridgestone tyres, as opposed to Michelin or Bridgestone last season. This is an attempt to reduce the disparity witnessed at a number of races last season when one make of tyre clearly suited certain tracks, yet struggled on others.

In addition to this rule, teams may now only use twenty tyres each weekend, which can only be of two compounds, such as medium and hard. Last season, teams had access to forty tyres of all three compounds (soft, medium and hard). As a result, the entire field is now competing at a far more even level.

Furthermore, practice times prior to races have been reduced from approximately four hours, to just over two, meaning there is far less time to fine-tune the bikes before the race. Finally, only five engines are permitted for the final seven races of the season, with a ten-point penalty for those unable to fulfil this requirement. These last two changes are attempts to reduce costs, prompted by the withdrawal of the Kawasaki team at the end of last season.

In spite of these rule changes, it was the usual suspects battling for victory in Qatar. Casey Stoner, having won the previous two races at the Losail circuit, started as favourite in pole position. The irrepressible world champion Valentino Rossi joined him on the front row, followed by Fiat Yamaha team-mate Jorge Lorenzo. Andrea Dovizioso, so impressive last year in his rookie season, qualified an excellent fourth on his Repsol Honda machine.

Conspicuous by his absence at the front was Dovizioso’s team-mate Dani Pedrosa, who qualified 14th following a summer of crashes and injuries, resulting in two operations and a skin graft. Nevertheless, he was in good company, with Ducati rider and 2006 world champion Nicky Hayden qualifying 16th after a massive high-side crash in qualifying, leaving him concussed, and almost unfit to race.

Another notable presence on the grid was Yorkshireman James Toseland, who qualified a disappointing 13th. Sete Gibernau, former nemesis of Valentino Rossi, also returned to the MotoGP fold, but could only manage 15th in qualifying. Finally, debutant Mika Kallio qualified with a commendable 10th.

The race at Losail was actually postponed by twenty-four hours following heavy storms, despite the track being located in the middle of the Qatari desert. Equally bizarre is the fact that the race was held at night-time. Yet, when floodlit proceedings finally began, it was no surprise to see Stoner’s devilishly quick Ducati streak into an early lead. What was surprising was veteran Suzuki rider Loris Capirossi’s superb start, putting him in second place.

Reigning world champion Rossi started poorly, dropping into third, before the young Spaniard Jorge Lorenzo had the audacity to overtake the Italian with a determined move on the first lap. However, Rossi reasserted his authority with a brave overtake on Lorenzo later in the lap, and out-braking Capirossi at the end of the next lap to return to second place.

Even by this stage, however, the race had an air of inevitability about it; Stoner already had a two second lead, and Rossi had already worked his tyres far more than he would have liked in the opening laps. This did not stop Rossi trying to catch Stoner though, and he began putting in some blisteringly quick lap times, reducing the deficit by almost a second.

Soon, however, Rossi’s only real hope of victory was by pressurising Stoner into a mistake- something not unheard of- but the young Australian looked untouchable in the lead. Rossi appeared content with second by the mid-way point of race, as the duo had already forged a massive gap over the remainder of the field.

There were moments of excitement, however. Capirossi crashed spectacularly after eight laps in a dazzling shower of sparks, and Alex De Angelis came under scrutiny from the race officials following a remarkable collision with Dani Pedrosa on lap ten. As Pedrosa exited a corner, De Angelis careered into the Spaniard, leaving Pedrosa clinging to the side of his machine, although he somehow kept his bike upright. Visibly hurt from the incident (De Angelis hit Pedrosa’s injured knee and arm in the collision), Pedrosa lost any remaining appetite for a scrap, ultimately finishing 11th, whilst De Angelis pressed on bullishly, finishing an impressive 6th.

Praise must also go to American Colin Edwards, who, following an acrimonious fall-out with team-mate James Toseland, made a real statement of intent with a professional 4th place. Other mentions in despatches go to Andrea Dovizioso, finishing 5th on his first Repsol Honda outing, and Mika Kallio, clinching 8th place on his top-class debut.

Sete Gibernau will be delighted to finish in the points on his comeback to the world of MotoGP with 13th place, and Marco Melandri secured a worthy two points for the Hayate Racing Team. Melandri, having endured a nightmare season with Ducati last year, ran into the gravel at the end of the very first lap (a fate that later befell James Toseland), yet fought back to 14th on an incognito-Kawasaki factory bike.

As for the season ahead, it seems that, in spite of all the rule changes, the title will be contested between Valentino Rossi and Casey Stoner, perhaps with some interesting cameo roles from Jorge Lorenzo and Dani Pedrosa. Andrea Dovizioso is also a rider who promises much, and double Superbike world champion James Toseland will hope to prove his critics wrong by improving on last season’s solid 11th place, and showing that he does have MotoGP pedigree. Many would also like to see Marco Melandri back where he belongs at the business-end of the standings.

Ultimately, following a trying summer and a slightly farcical opening race, many will be relieved that the MotoGP season is finally underway. How the rule changes affect the racing in the long-term remains to be seen, but, as the dust settles on Qatar for another year, it appears that Rossi and Stoner will again be the key protagonists in what will hopefully be another thrilling season of MotoGP.

From treble winners to the verge of crisis, what is happening at Bayern Munich? 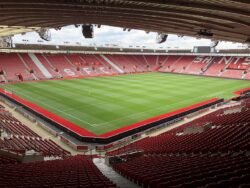 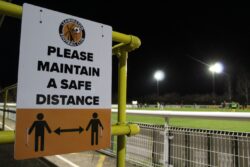 National League season in doubt after joint-statement calls for suspension