When Tony Blair’s Labour government passed the Tobacco Advertising and Promotion Act in November 2002, few could have predicted its momentous impact on the future of cricket worldwide. While it is still possible that the legislation may, in the course of time, rescue a promising young cricketer from the clutches of uncontrollable addiction (and the inevitable gateway to eventual heroin overdose), and in doing so enable the career of the greatest opening batsman England has ever seen, its effect was far more immediate and profound.

What the Act did, was effectively ban all sponsorship of sporting events in the UK by cigarette companies. For cricket, this meant that the ECB had to hastily find a replacement for the 30 year old one day tournament that was the Benson and Hedges Cup. What they decided upon, in a vote eleven-seven in favour, was drastically shortening the game to twenty overs an innings, and -in 2003 – Twenty20 cricket was born.

Six years on, and Twenty20 dominates cricket the world over. Domestically, it transformed an underfunded, largely anonymous and increasingly marginalized game into one which, for three months of the Summer at least, took over newspaper back pages, brought sell-out crowds to grounds which would have expected to see a couple of hundred the week before, and inspired a new love for a game which was rapidly becoming the preserve of mildly alcoholic, bearded, ageing men with little better to do than sit for four days at the Rose Bowl or Grace Road in a state of gradual but persistent decay. The effect internationally has been even more significant: The 2007 World Twenty20 in South Africa threatened to render the hallowed Cricket World Cup – an event which earlier that year had been so horrendously mismanaged as to turn even the most ardent cricket lovers into closet darts fanatics – entirely obsolete.

Elsewhere, opportunistic entrepreneurs and eagle-eyed television broadcasters sought to cash in on this newfound popularity, and soon twenty-over cricket, having begun as a barely-approved experiment in an unspectacular office in north-west London, had become a multi-million dollar industry; a vessel in which Bollywood superstars and Bangladeshi batsmen collided, where giant glass-cases of $100 bills were helicoptered, Noel Edmond’s House Party style, onto the Lord’s outfield; and where decidedly average sportsmen could ensure a retirement package that would make Sir Fred Goodwin consider joining the British Communist Party.

It would be foolish to claim that this mass commercialisation of cricket has been bad for the game. It should be the unwritten objective of every sport to encourage young people to take it up, and Twenty20 has certainly achieved this. What is of great concern, however, is that this commercial attention and media coverage has been limited to Twenty20 alone, generating an increasingly widening gulf between it and the other forms of the game.

There is a real danger that First Class cricket and fifty over cricket, each with its own idiosyncrasies and subtleties of enjoyment will be overwhelmed by the enormous genetically-modified cash cow that is the twenty over game. It is easy to point out that the popularity of Twenty20 is due to its excitement, and that one of the charges frequently levelled at cricket has been its apparent dullness and capacity for long periods of time to elapse without much of interest happening, and that in a world of twenty-four hour sports coverage on demand and instant internet updates cricket cannot hold the attentions of a fickle audience seeking instant gratification. As is frequently said, you can watch a five day test match only for it to end in a draw, some 120 hours later.

But what is a far more significant concern, and one which, as of yet, has not been noted by cricket’s governing bodies as they struggle to prevent their pockets from overflowing with dollar bills, is that Twenty20 is equally capable of being guilty of the charges of tedium and predictability so often levelled at its longer counterparts. One huge six is an event, ten in twenty overs is a spectacle, but twenty begins to become tiresome. Moreover, for every tense thriller settled by a ‘Super Over’ as in the Rajasthan Royals’ victory over Kolkata Knight Riders in the recent IPL game, there are many more coasted victories where the team batting second’s run-chase becomes barely a formality. In contrast, being glued to a test match for five days to see your country snatch a draw from the jaws of defeat in order to emerge victorious from a tensely fought five match series must be one of the most exciting circumstances international sport can throw up.

Clearly Twenty20 has a hugely significant place in the future of cricket, and has revitalised a sport in desperate need of a breath of new life, but those in control must have the foresight to realise that it has to have its place in the context of the game as a whole. Twenty20 is a hugely enjoyable spectacle, the equivalent of a penalty shootout in a cup final, but it runs the severe risk of becoming stale through overexposure.

Last week, as the second year of the Indian Premier League was launched amidst great fanfare, the English County Championship also mutedly embarked on a new season, and it is for the good of both tournaments that Twenty20 does not end up colonising the whole cricketing establishment, or before we know it cricket may not exist at all. 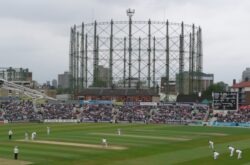 The Invincibles triumph in electric opening night for the Hundred 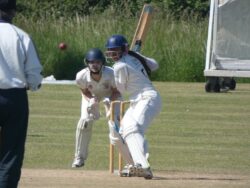 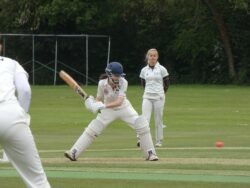