The Warwick Rugby League club cruised to victory in the Kukri Midlands Nines tournament on the Sunday before term 3, capping off a highly successful 2008/09 season. The nines tournament featured clubs from the Rugby League Midlands Premier Division, such as Coventry Bears, Birmingham Bulldogs, Leicester Phoenix, Redditch Ravens and teams from further afield such as the Chester Gladiators and the St Ives Roosters. In attendance were also old rivals Coventry University Rugby League.

The first group stage game saw Warwick matched against Coventry Bears A. Although the Bears had size and strength on Warwick, tries from quick wingers Will Morgan and Ben Pindar saw Warwick run home to a comfortable win, 20-10.

The second group stage game saw Warwick playing Premier Midlands side Leicester Phoenix. Leicester player/coach Ty Watson, an ex-Australian international, was confident that Leicester could beat the Warwick team of students. The first five minutes of the match saw Leicester bully their way into the lead. As the match continued, Warwick’s fitness and speed gave them the advantage. A late try under the posts by Will Morgan put the two teams on 12 points each. The group stage ended with Warwick going through to the plate, and not the cup, due to a points difference only.

The plate semi final saw Warwick take on Midlands Premier side, Telford Raiders. Telford were constantly pushing, narrowly missing a try in the last seconds of the game, but Warwick remained strong, beating them by only one try, winning 12-8.

The final was against another Midlands Premier side, the Birmingham Bulldogs, one of the biggest Rugby League clubs in the Midlands. A well worked over lap saw Captain Stephen Lambert put winger Will Morgan through for the first try of the game. A well worked try for Birmingham puts things equal, but they were unable to contend with the fitness and speed of Warwick, even Second Team Captain, Robert Chin, ran the length of the pitch and narrowly missed out on a try, a win to Warwick, 16-8, to win the plate.

Man of the day has to go to winger Will Morgan, whose lightening pace earned him two tries in each game. Special mentions must also go to Billy Knowles and Oliver Hambrey. Young winger Billy Knowles put an impressive show in with a try against Leicester and some outstanding tackling all day. Oliver Hambrey moved positions to hooker, and provided consistently good ball from the dummy half position in every game. 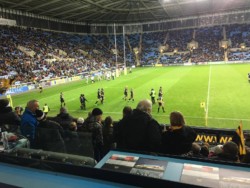 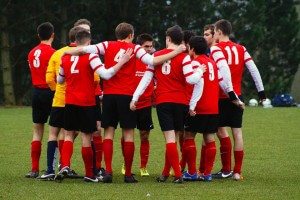