Oscar Wilde said, “True friends stab you in the front.”

I suppose it’s quite probable that many of you who consider yourself to possess friends will find Wilde’s comment a blatant misunderstanding of friendship. Surely a true friend wouldn’t stab you at all? You see, now we are nearing the end. It is term three and that means 10 weeks left of: a) Being a fresh, b) Thinking you can get away with skipping lectures/seminars before getting down to some real serious degree stuff in October… or… c) Before the rest of your life has to start, oh no.

But all of the above options have the same question tacked on: Who are you going to take with you? Which basically means have you made friends at university who you’d let get away with stabbing you? (Bear with me). First years will soon realise that moving off campus and keeping in touch with every person from your Rootes corridor are practically mutually exclusive realities; second years will finally make their escape and move in with people more “them”, and finalists, poor finalists… 2009 is the worst ever year to graduate so the chances that we are all going to scatter across the globe. There might be Skype and low cost calls abroad but it isn’t the same as going to Kelseys, getting trashed on Eliminator and playing on the games machine until 3am on a Wednesday night. Effort – and lots of it – will be required to hold onto all the friendship threads you’ve built in the last three to four years.

At least you can finally relax about keeping a hold on to your friends from home now. If you’ve survived three years apart then the chances are you’re stuck with each other for life. Brilliant. However, the ones who have gradually been getting more distant will probably disappear for good now. This Easter my friends had to stage an intervention (see Facebook group: “Bring Back Joe Anderson Brown” for tips on how to drag back a reluctant friend) when one core member wouldn’t return. Apparently he was dog sitting for his girlfriend up north – so? We are clearly more important.

The ties aren’t quite the same with uni people though. You’ve only had three years to recover from the shock of learning to use washing machines, learning to binge drink and avoid liver failure and learning to transform complete strangers into housemates and friends. And it is hard to make ‘real’ friends when for the first year you meet hundreds of people saying the same things: what’s your name? What course are you doing? Where are you living? What A Levels did you take? … the answers to which you are rarely interested in and even more rarely remember.

And then… Facebook got you with its “make friends, up your numbers” subliminal messaging. Oh the fear. I have a friend who has decided to “cull” her Facebook friends as soon as graduation is over. That means scrapping every vague useless/faceless acquaintance you’ve managed to acquire through drunken ramblings, gatecrashed house parties and deathly silent seminars. I’ve realised I have quite the Jekyll and Hyde relationship with a lot of my Facebook friends. I barely smile at them sober but do have a habit of drunkenly accosting them and making empty promises like: “We have to have lunch next week!” Whatever. Like that is going to happen. Real friends would, and should, get well hacked off with such lame, meaningless small talk. Aren’t you sick of pretending by now? Politeness is all very well but actually conversing with a human who is simply a number on your Facebook page is actually quite harsh. And do those people who have 600+ friends really remember all of their names? Or even speak to them? Oh and just so you know, adding the brothers and sisters of your mates (having never met them), or people with the same name as you, for a laugh and to up your number isn’t exactly cool. Reminder: Facebook is NOT real life.

Culling is definitely the kindest thing to do for the sake of your eternal soul and your boredom threshold. Comedian George Carlin said,:“One good reason to only maintain a small circle of friends is that three out of four murders are committed by people who know the victim,” I think he has a point. Fewer Facebook friends = fewer stalking possibilities = higher life expectancy. Although it is advisable to hold onto some of your vague acquaintances for improving lonely bus journeys on the U1 or 12, or if you suspect they’ll be a handy contact in the future. This is no time for scruples, use and abuse people, our job prospects are screwed. If we all do it no one can complain.

So, who are those ‘real’ friends? History and having survived playgroup and high school together keeps you with your home friends whether you like them or not. ‘Like’ stopped mattering when you realised they know you much too well and knew too much to ever be set loose. I’ve had the same best friend since I was 7 and am at Warwick because I went to ‘mums and tots’ with my friend Tellett, who lived on my street for 10 years and whose mother was my English teacher and told me to apply to Warwick – there is no escape from that one.

But uni is the place you (hopefully) discover people who are actually “you”. So what kind of friends do you really want? I’ve watched a lot of ‘Sex And The City’ so feel I ought to surround myself with Manolo Blahniks with a side of “Miranda”, “Charlotte” and “Samantha” (Yes I want to be Carrie, who doesn’t!?). But then boys are generally more entertaining, less hard work and less interfering, and with two sisters (twins), that should probably be enough oestrogen for one lifetime. Most of the time though friendships develop out of luck rather than choice, and are better for it I think.

According to a recent study of students in America, those with the most friends earned the most money, however, each person also has a “personal world” consisting of an inner circle of five “core” friends with a second layer of 10 – your central group – followed by an outer circle of 35 and a circle of 100 peripheral people on the fringes. That means you can fit in all your favourites and properly discard the rest: effective friend-making at its best. When designating places in your “personal world” remember: “An old friend will help you move. A good friend will help you move a dead body,” these should be circle one friends, whilst “it’s the friends you can call up at 4 am that matter,” (Marlene Dietrich), and should be in circle two, and when picking your outer circles bear this in mind: “It’s a lot like nature. You only have as many animals as the ecosystem can support and you only have as many friends as you can tolerate the bitching of,” (Randy K. Millholland). Which brings me back to stabbings.

To disagree with Wilde I think is a little unrealistic. Apparently trust and honesty are the core requirements for friendship and if that is the case then pain is inevitable. Consider it a test of how strong your relationship is. There might be some slight variations on the actual attack but a good stabbing might make a good friendship. For instance, a female friend, to stick with stereotypes, is more likely to stab you in the back and/or discuss you at great negative length behind it. When it comes to friendships with the opposite sex, or for that matter an ex, which are debateable concepts in themselves, the style of stabbing would depend on how mature/bitter/platonic your kind of relationship is. I’d expect a couple of slashed Achilles tendons from an ex. That’s the kind of injury you’ll never fully recover from and would essentially screw you/your ankles up for life, whereas a few niggling paper-cut style wounds would be what you’d get from the friend people keep raising their eyebrows at and forcing you to repeat: ‘we’re really JUST friends!’ about. Then there is the strictly platonic friendship (we hope) you have with your siblings.

The difference there is that in the Marmite-esque relationships usually standard amongst siblings, you and your brothers/sisters probably have very few qualms about stabbing each other. My sister threatened to stab me in the leg for saying Robert Pattinson (aka beautiful vampire man from Twilight) was hot. Her exact words were: “Don’t make me stab you. I won’t kill you but I will stab you. In the leg.” But then, if you can’t stab your sister and get away with it who can you stab? I suppose if it came down to it and my sister did go for me with a nice shiny blade over Sunday lunch I wouldn’t have much choice but to scream at her, expect her to call an ambulance and make her pay for the damages by cutting all her hair off while she was sleeping. I would have to (get even and then) forgive her though because you kinda have to forgive family, that’s unless you come over all Eastenders, or she snagged an artery of course. With true friends however, you’d expect them to be on hand with the grapes and not joining in with a carving knife.

That’s the difference I guess, you can’t get rid of family. Your mum for starters wouldn’t appreciate it and who would you go to if you ever find yourself in the predicament of needing a spare kidney? They say “friends are the family you choose for yourself” but there isn’t any binding contract like that blood or DNA stuff. Friends have no obligation to stick around or cut some of their spare organs out for you. Technically they can sod off without giving notice, get boring, stop giving you lifts onto campus or you could both run out of things to say to one another. Even worse, you could fall in love or into bed with the same person (how One Tree Hill) and swap-shopping your best friend might be a more efficient way of dealing with that than ‘working it out’.

But it seems that this is what Wilde is really getting at. If your best friend did steal your girl/boy or stab you, (I’d say both things probably afflict a similar amount of pain) and you actually managed to sew yourselves back together and still sincerely shake hands afterwards, that must be true, albeit warped, friendship. It is those friendships which you should be doing everything to hold on to. Scars are pretty sexy anyway. 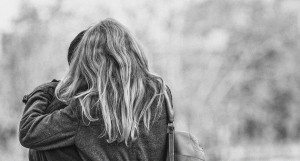 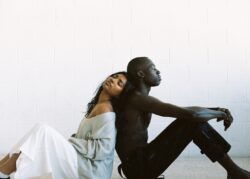