Young people in England are being offered the chance to go to the theatre for free thanks to a new Government scheme.

‘A Night Less Ordinary’, launched in February by Arts Council England, is providing 618,000 free theatre tickets to anyone under the age of 26.

More than 200 venues are participating, including Warwick Arts Centre, the Belgrade Theatre in Coventry and the Playbox Theatre in Warwick. Slightly further afield theatres taking part are the Royal Shakespeare Company in Stratford and the Birmingham Hippodrome.

The initiative is all part of a drive to try to encourage more young people to engage with the arts. Research has shown that people who are given the opportunity to experience the arts when young are likely to develop a habit of attending which stays with them throughout their life.

As expected, the scheme has been generally well received by students. Rebecca Cottell, a second-year Theatre Studies student, said, “The scheme is fantastic. The theatre is so expensive and with the Arts Centre on our doorstep it’d be a shame if we had to miss out on some of the stuff that comes and goes.

“I find it so useful, especially as a theatre student, as i need to watch productions all year round and it enables it to work out so much cheaper.”

Linda Grimmett of the Belgrade Theatre told the Boar that they had sold out on most shows as many young people seemed well informed via newspapers and the internet.

The true impact of the scheme, however, will not be felt until it ends in March 2011. Until then, Arts Council England are urging those eligible to take full advantage of the free tickets on offer. 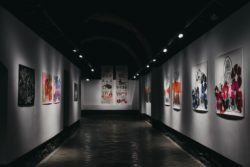 Why is there a lack of disability representation in the arts? 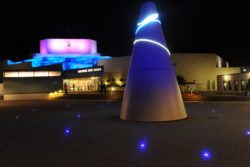 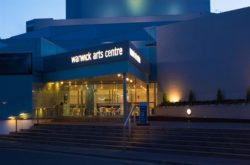