A study conducted by staff in the Warwick Economics Department has found that Social Studies students end up with the best-paying jobs. Conversely, those choosing to study Arts and Humanities subjects end up earning significantly less.

Professors Robin Naylor and Jeremy Smith, along with Bratti Massimiliano from the University of Milan, looked at the hourly earnings of 2,919 British people in the year 2000, who were all born in the same week in April 1970.

Their study, titled ‘Heterogeneities in the Returns to Degrees: Evidence from the British Cohort Study 1970’, found that the mean earnings of a man with an undergraduate degree were £12.65 an hour.

This was in comparison to £10.57 for those that had completed their A Levels but then sought employment, a difference of 16 per cent.

Female graduates earned an average 19 per cent more, with an average £10.81 an hour, compared to £8.28 for non-graduates.

Male and female science graduates earned 22 per cent more per hour than those that did not have a university education.

Women, the study showed, earned several pounds per hour less than their male counterparts, but tended to have a higher return in terms of percentage.

Men with degrees classed as ‘other’ fared the worst, earning only five pence more on average per hour than non-graduates.

Factors such as upbringing and intelligence were then factored in and analysed, so as to discover how much of the wage differences were based solely on the choice of degree alone.

The researchers found that when these factors were removed and all participants made statistically equal except for their degree choice, male arts and humanities students can expect to earn just 13 per cent more than a non-graduate.

Female arts or humanities graduates fare better, with a 19 per cent difference in wages.

Science graduates of both genders can expect to 22 per cent more than a college leaver.

The social sciences provided the best return on the investment in higher education by a clear margin, with researchers attributing a wage return of 32 per cent for men, and 28 per cent for women.

The researchers said that their study implied that “any substantial increase in the regulated maximum for top-up fees risks deterring participation in higher education” because students would fear that their degree could cost more than they would be able to earn back after graduating.

This comes at a time when the government is considering raising the maximum amount a university can charge a student for tuition.

The findings of the study were described as “disappointing” by one first year History student.

“My degree is just as valid as one from the social sciences or science,” he said. “It is a shame that this study suggests that I would have been better off choosing a different subject. I’m glad I’m doing something I enjoy though, and that is what is important.”

Such a view was not shared by a second year Law student, who told the Boar that the financial prospects of the degree had influenced her choice of subject.

“I chose my degree for its earning potential,” she said, “and I wouldn’t have come to university if it didn’t offer much of a financial benefit.”

The research also found that the quality of the degree has an impact upon future earnings.

Those that obtained a “good” degree, defined as a first or a 2:1, earned 22 per cent more than individuals who had left college with A Levels. Those who got a 2:2 or lower only earned on average 12-15 per cent more than the college leavers.

Mohammed Surve, the Student Union’s Education Officer, told the Boar that, as the quality of the degree was such a factor, “it is important to study a course which one enjoys and can excel in.”

The 2009 edition of The Times’ Good University Guide shows that 79.4 per cent of all Warwick students graduate with a 2:1 or above.

Surve said that this “shows the calibre of students who come to Warwick”, and that, as a result, “Warwick students are seen as some of the most employable students in the country.”

A spokesman for the careers centre, said “The value of a degree in not just about financial return, it is also about job satisfaction, students opt to work in professions across a range of different job sectors.

“Some sectors – e.g. arts based sectors – pay less than others regardless of degree. However, jobs in these sectors are highly competitive, and what we see is that Warwick students do well in gaining employment in these sectors, where their degree, and transferable skills built up during their time at Warwick put them in a strong position.”

The study further revealed that a post-graduate degree was not necessarily beneficial financially. Both male and female postgraduates earned around £1 less per hour than those that only had an undergraduate degree. This equated to a mean difference of 11 per cent for men, and 12.5 per cent for women. 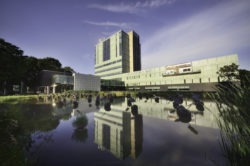