‘If it can be written or thought it can be filmed’

Stanley Kubrick never shied away from making a full-frontal assault on the senses – and the sensibilities of his viewers – and, with the exception of his early Hollywood films, his work has consistently attracted huge controversy.

One of cinema’s best-ever scenes is the opening from his 1987 film Full Metal Jacket where Gunnery Sergeant Hartman launches into an explosive verbal tirade at a group of Marine recruits: “You will be a weapon. You will be a minister of death praying for war. But until that day you are pukes. You are the lowest form of life on Earth. You are not even human-f***ing-beings. You are nothing but unorganized grabastic pieces of amphibian sh*t.”

This is but a snippet from a monologue delivered in an incredibly long Kubrick-trademark reverse character tracking shot, with the camera following the drill sergeant as he unleashes a caustic wave of expletives, racism and homophobia on the ‘maggots’ it is his job to mould into cold-hearted killers for the United States Marine Corps.

Kubrick’s films have frequently been provocative and the man himself possessed a defiantly individualistic nature. Born in the Bronx and an avid chess player, Kubrick funded his first feature film Fear and Desire partly with the profits of hustling chess games in Central Park. After a major confrontation with Marlon Brando over One-Eyed Jacks Kubrick developed a disgust for Hollywood and left for England, remaining there until his death in 1999.

His first film made in the UK, 1962’s Lolita was also his first film to cause a major outcry, as it was an adaptation of Vladimir Nabokov’s book that was already notorious for its ‘obscenity’, hardly surprising given its subject matter: a middle-aged man’s affair with his 12-year-old stepdaughter.

But the outcry over Lolita paled in comparison to that aroused by A Clockwork Orange, Kubrick’s gritty 1971 dramatization of Anthony Burgess’s novel set in a dystopian Britain. The film’s brutal depiction of a teenage gang who revel in rape and violence ensured that it was given an X-rating in the United States, received a condemnation from the Catholic church of America and, following allegations of copy-cat attacks, was banned in Britain.

In fact, Kubrick asked for the film to be withdrawn after he received death threats. Kubrick forced the studio to withdraw it and prevented it from being shown in this country until after his death, 27 years later. Of course, the fact that the film was banned for 30 years has only added to its mythical status and given it a strong cult following today.

Far from being an attempt just to shock viewers, the politics of A Clockwork Orange are complex and mature. Violence is used to discuss the morality of creating good through control and enforced conformity. The film’s messages are that goodness must come from within, and taking away free choice robs us of our humanity. The film is also deeply opposed to behavioural psychology (the film’s ‘Ludovico Method’ is strongly reminiscent of the CIA’s mind control program MKULTRA) and oppressive government so in reality the film presents a humanitarian perspective.

Politics aside, there can be no doubt that all of Kubrick’s films are visual masterpieces, A Clockwork Orange has a strikingly distinctive visual style, and 2001: A Space Odyssey contains visual effects that even by the standards of today, with multi-million dollar computer-generated graphics, still looks fantastic. Given that it is now over 40 years old, this is a major feat.

Kubrick’s iconic images have been copied, referenced and parodied countless times since, with Kubrick, oddly, being cited as the biggest influence on The Simpsons. Kubrick’s ability to create unforgettable images, from Jack Nicholson menacingly peering through the crack the door in The Shining, to Alex with his bowler hat and glass of adrenochrome in A Clockwork Orange, probably comes from his background as a photographer. People have criticised numerous aspects of Kubrick’s films but one thing that cannot be argued with is that they are some of the most visually stunning works of cinema.

Kubrick’s films frequently constitute the defining films within a genre. From ancient epic Spartacus (1960) to the futuristic sci-fi extravaganza 2001: A Space Odyssey, he has explored a multitude of genres, often redefining them in the process. The immensely powerful and profound ‘Cold War suspense comedy’ Dr. Strangelove (1964) is one of the most brilliantly distinctive and original films of all time. Full Metal Jacket is an outstanding war film that delivers one of the strongest comments on modern warfare and is universally hailed as one of the greatest war films of all time. The Shining revolutionised the horror genre and is one of the few films capable of truly terrifying the viewer.

Kubrick’s body of work is of a consistently high standard and immensely varied and this cements him as one our greatest ever directors. Notoriously difficult to work with, he was egotistical and provocative, but in the words of Kirk Douglas “a talented sh*t.” 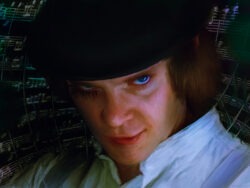 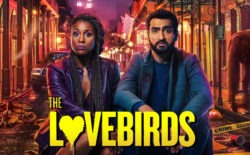 ‘The Lovebirds’ is as forgettable as they come 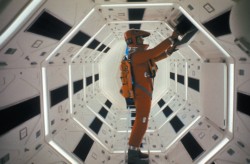