On and off for the last week Warwick has been dusted in the season’s finest gift; snow. Snow is a phenomenon that we all take for granted, it is woven into our culture as a standard part of winter, but most people know very little about how and why it snows.

Snow, unsurprisingly, forms in clouds. Within a snow cloud, there are suspended droplets of super cooled water (water which is still liquid below its freezing point), these droplets move around randomly until by chance they arrange themselves into the structure of an ice crystal. Once they are correctly aligned, bonds can form between the atoms and the molecules combine to become an ice crystal. The growing ice crystal forms in a hexagonal shape, the standard crystal structure (lattice) of ice, this form is called Iceh. Ice’s hexagonal lattice is made by the hydrogen atoms forming hydrogen bonds with the oxygen atoms of other water molecules. These bonds form as the Hydrogen atoms have a slight positive charge while the Oxygen atoms have a slight negative charge, Hydrogen bonds are relatively weak, and thus they can provide structure to the crystal but not much strength. This crystal structure is loosely packed and, as a result, ice is less dense than water, which is why ice-cubes float in our drinks and icebergs float in the sea.

Although ice crystals can from on their own (homogeneously), it is far more common for the crystal to form on another substance such a piece of dust. The process of forming a crystal is called nucleation. Once the seed (initial) crystal forms, more water molecules join onto the outer surface of the lattice and the crystal grows into a snowflake. This is possible because the air around the snowflake is supersaturated, it has more water in it than it can hold, and thus the water comes out of the air and onto the snowflake. Although scientists know that this happens, the mechanism by which the dust causes nucleation is still unclear.

The dust which seeds most snowflakes and the atmospheric conditions produces the wonderful variety of snowflakes observed in nature. The hexagonal structure of normal ice crystals means that as a snowflake grows, it also forms a hexagonal shape. Snowflakes can be divided into six main shape types; plate, star, column, needle, dendrite (lacy) and capped column, these can be seen in the chart along with some of the more common variants. However, the vast majority of snowflakes are asymmetrical, due to damage or stunted growth, and usually form only part of the full shape. At very low temperatures snowflakes are relatively simple in design; normally rod or needle shaped, and produce a fine and powdery snow. At temperatures much closer to freezing point (0°C), snowflakes are much larger and complex, forming shapes such as the star type. In rare circumstances at -2°C triangular snowflakes can form, this is due to an unusual ice crystal forming known as IceC. This type of ice is meta-stable, it can only exist in specific conditions.

Snowflakes formed in the same conditions are virtually identical, and despite the popular urban myth that each snowflake is unique, in 1998 identical snowflakes were found in Wisconsin. If the conditions remain right, the snowflake can continue to grow indefinitely, indeed the largest snowflake recorded was in Montana in 1887 and was 38 cm across and 20 cm wide.

Most snowflakes that reach the ground are aggregates, many individual crystals have collided as the snow falls and clumped together to form a larger snowflake. The precise mechanism of aggregation is still unknown. Aggregation results in the fluffy snowflakes we experienced last week.

The different types of snowflake result in different types of snow cover on the ground. For making snowmen and snowballs 0°C is the perfect temperature, this is due to both the large and complex shape snowflakes have at these temperatures and the fact that when compressed moisture bonds the structure together allowing the snowball to hold its shape. At lower temperatures the small and simple structure coupled with the lack of moisture results in the powder snow, which is so popular with the skiers and snowboarders among us at Warwick.

For snow to stay on the ground for prolonged periods of time the ground temperature must be low enough to stop the snow from melting, the ground heats and cools very slowly, so snow usually requires several sub-zero days before it will settle. Once it has settled the air temperature must also remain low. Usually in the UK the temperature is just above 0°C in the day and below at night, this causes the snow to melt slightly during the day and then refreeze at night leaving an icy layer onto of the snow. This icy layer is very slippery, it is believed to be because the water molecules in contact with the air do not bond properly with the rest of the ice lattice, thus they are able to move more freely over the surface of the ice. This low friction layer is what makes it so easy to slip on ice. 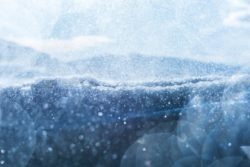 What value do news reporters have in treacherous weather? 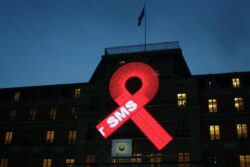