“Choose Life.” Iggy Pop & the Stooges’ Lust for Life. Ewan McGregor hurtling down an Edinburgh street. It is one of the most iconic sequences in modern cinema history. Even if you haven’t seen the film, you will have seen it, on clip shows and montages of the “greatest” films ever. However there is more to Danny Boyle than just this; he has spent the last 15 years encompassing some of the best that British cinema currently has to offer.

{{ quote Boyle deserves his time in the sun, earned over 15 years of films that define British cinema }}

Boyle exploded onto the film scene in 1995 with Shallow Grave, a taut, dark thriller, which highlighted the then newcomer, Ewan McGregor as a star to watch; Boyle, a genius in the waiting. The film proposes the question as to what if you found a suitcase full of money next to a corpse? What would you do? The answer is cut the body up and spend the cash. Made on a shoestring budget and with a cast of then unknowns and TV veterans, it was a breakaway from the Merchant Ivory dominated British cinema of the period, dealing with the dark underworld of Scotland and the fraught psyche of youth. It also indicated the Boyle traits that would become apparent throughout his career. These include the idea of the corrupting power of money, a fantastic soundtrack, and a final act descent into madness.

Yet while Boyle was marked by critics as one to watch it was with his next film, just one year later, that he achieved mainstream success. Trainspotting, based on the Irvine Welsh novel, is a visceral punch to the gut, a sensational snapshot of contemporary Edinburgh, following a mismatched group brought together by drugs and crime. It shaped the cinema that followed, and became a Hollywood calling card for its director and stars. But it was not without its controversy, its subject matter of drug addiction accused of glamorising the industry. Yet even though it is rife with fantastical breaks from reality it shows the gritty truth of a drug-fuelled life, ending with Renton (McGregor), rejecting drugs and choosing life. A must see that should have heralded a British renaissance. But that is another story.

Before this, Boyle was not unknown. He had spent much of the 80s and early 90s directing theatre and TV, producing the infamous short Elephant, dealing with the Northern Ireland Troubles, as well as playing a key role at the Royal Court Theatre, first, as Artistic Director, and then Deputy Director.

Boyle’s career has not been without failures and unachieved projects. He followed Trainspotting with his worse film to date, A Life Less Ordinary, a thankless member of the kidnapped-falling-in-love-with-kidnapper cycle. Although it has its moments, Boyle is after all unable to make a truly irredeemable film, the less said of it the better. As one critic said of it, “impressive ambitions that fail at every turn.” Just slightly better is The Beach, a fascinating mess that threw Boyle into self-imposed exile and led to the breakdown of his friendship with McGregor. It has beautiful cinematography, but by the end credits you can tell that this is the film that almost destroyed Boyle’s career, and spelt a two year absence from the cinema world. In this time Boyle experimented with digital photography and produced the quirky indie short Alien Love Triangle. Its existence leads to the unanswered questions of his career. Why didn’t he make it into a feature length film? Will we ever see the much mooted Trainspotting sequel, Porno? And what would Alien Resurrection have been like if Boyle had taken up the offer to direct it?

Boyle faced a comeback of sorts with the fascinatingly varied triple of 28 Days Later, Millions and Sunshine. 28 Days Later rekindled the zombie genre, evolving them into fiendishly fast monsters, and depicting a London, chillingly free of traffic, people, or anything living. Millions on the other hand is a sweet natured family drama, Shallow Grave for children, and can be seen as the precursor for Slumdog Millionaire. It is Sunshine that is the most strikingly different of these films, with a fantastic sci-fi premise; the sun must be restarted. With a nuclear bomb. However the film offers an intriguing look at the genre, boiling down to an analysis of madness in space. Each of these films is flawed though; Later’s final third is a plotless mess, Millions is too narrow in ambition, and Sunshine too cold to be liked, too erratically paced to be enjoyed. It was with Slumdog Millionaire that the true Danny Boyle returned.

I was lucky enough to meet Danny Boyle in 2007 at a Q & A for Sunshine. He proved an instantly likeable individual, speaking at great lengths of his love of cinema and other people’s work, in particular Red Road and London to Brighton. He seemed genuinely humbled by the success he has received, even though he spoke in great detail about his craft. The project in development that stood out was a movie set in India, one called Slumdog Millionaire.

February 8th 2009 proved a very good night for Danny Boyle. Not only did he win his first, and I hope not last, BAFTA for best director, but he also saw the colleagues he has spent a year working with receive the recognition they deserve. Slumdog Millionaire is brilliant, an invigorating journey through the slums of Mumbai and beyond. It is a return to form for Boyle, who has had a career post-Trainspotting of interesting films, that don’t quite live up to the sum of their parts. I shall be brief with Slumdog, as much has been said and shall be said over the next month. Boyle deserves his time in the sun, earned over 15 years of films that define British cinema.

So how best to sum up Boyle’s career to date. He creates wonderfully diverse settings, inhabits them with well-rounded, if not always likeable characters, and takes the audience on magnificently visceral journeys, all containing superb soundtracks. He has taken us to drug-fuelled Edinburgh, a zombie ravaged London, a spaceship heading towards the sun, and the slums of Mumbai. A new chapter has been opened in Boyle’s career, one I shall be gleefully watching, patiently waiting for the next journey. 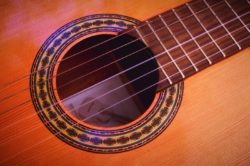 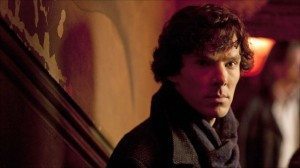 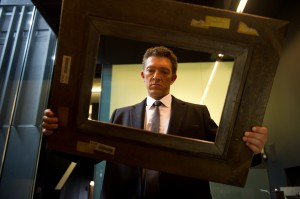