Plans to build a Tesco superstore just off-campus have been given the go-ahead despite protests by some local residents.

The new Tesco Extra will replace the existing store at Cannon Park and will become the largest one in Coventry, serving the whole of South Warwickshire. The scheme includes refurbishing 35 other shops, building 60 new apartments and creating a new 900-space car-park.

Around 60 locals attended a committee meeting in which six councillors voted on the plans. Three voted in favour, one against and there were two abstentions. The two councillors who abstained have since revealed, however, that they had been inclined to vote against the plans.

Tony Fletcher, Tesco’s Corporate Affairs Manager, said that the company are delighted with the result and that it will create 275 new jobs.

Some locals are worried though that more traffic could cause further congestion on the surrounding roads which could in turn affect property prices. David Hull, Secretary of the Cannon Park Community Association, has said that he and many of the 500 who live on the estate would call for a public inquiry. One particular concern is Tesco’s plan for 40 per cent of non-food goods in the store which would bring it into direct competition with the city centre.

Jennie Bradley-Smith, a second-year Classics student, lives a short walk away from the existing store in Canley. She said, “With a bigger Tesco comes more cars and more congestion. Although the queues at the checkout might be a bit long on a Monday night, it’s nothing that could be fixed with a brand new building.”

Others, however, are more optimistic that a bigger Tesco is a good idea. Daniella McNulty, a second-year Philosophy and Psychology student, said, “With such a large student body, both on and off-campus, it seems a wise decision. Hopefully it should benefit all of us.”

It remains unclear as to when work will start on the new store, however. With both sides unwilling to budge the dispute looks set to continue. 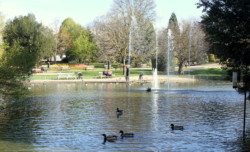