Monarch of the metropolises

Once a year Edinburgh bubbles and throbs like a cauldron brought to the boil. Thespians of all shades walk its cobbled streets or along the Royal Mile (the long street beginning at the castle), exhibitions fill its buildings and you can’t find a room for love nor money; its bars and cafes probably increase their takings by up to 500%. But outside of the theatrical melting pot of the Fringe festival, does Edinburgh really have much to offer? Is it really worth trekking that far north, dropping a few degrees Celsius and spending an age on the train?

In a word yes; yes it is. The city is a net of tangled alley ways, picturesque cobbled streets leading to extended walkways and oddly, a suet smell reigns in the air at all times. Its streets are lined with cosy looking pubs, sleek new restaurants and the intermittent whiff of haggis.

It’s a city of Gemuetlichkeit, and lacks the urban-spawliness that characterises London and other capitals. The train journey north (unless you live north of Carlisle that is), with its beautiful views of the Lake District, justifies a trip in itself.

Unsurprising perhaps, is Edinburgh’s thriving café culture. Black medicine – on Marchmont Street, just off the Royal Mile – is one of the best, offering spicy chorizo and brie Panini for around £2, a thriving book exchange and extensive newspaper stand to boot. Yet such cafes are dotted about the place, providing the perfect place to lounge about after a stroll around town. For evening food, check out the aptly named ‘Steak and Mussel Restaurant’ on West Bow, where for £20 you can get the best steak British people are capable of cooking and a decent bottle of red too.

The café culture is matched, if not surpassed, by Edinburgh’s thriving bar scene. At Launceston Place, just five minutes walk north of the Royal Mile, we discovered quite possibly the best bar in the world; certainly the best in which I’ve drunk to date. Stocked with over 200 world beers – and a plethora of German Weiss Bier to boot – ‘Brauhaus’ has remarkably little seating space, favour Spartan wooden tables over luxurious couches. Yet every evening (yes, we went every night) it was packed to the rafters, and not just by student trendsters.

Further, if you have more than a couple of days, an excursion from Edinburgh’s Waverley station (set into the rut at the bottom of the castle’s mound) is a must. You can reach Glasgow in just over an hour and Dundee within an hour and a half. Alternatively, you can catch a bus (for just £1.10) to Cramond on the outskirts of the city. An ancient causeway – which can be reached at low tide – joins the island to the mainland, and gives you the feeling of being the most isolated person in the U.K.

The Scottish National Museum on Chambers Street (it, like almost all of the other museums in the city are free to enter) is definitely worth a visit. Documenting the Scots’ history from pre-historic times, through the brutal union wars, it does lack items of more recent history; its tendentiousness, though annoying at times, does provide for insights into the lives of those which would elsewhere go neglected. For history geeks like myself, it has an extensive exhibition on Scottish monarchs, including the feted James VI who was anointed King having lived for just over a year in 1567. The best part of the museum, however, is the panoramic views offered by its roof terrace – and its telescopes which allow you to spy on people as they amble along the street.

The recently built Scottish Parliament building – a product of Tony Blair’s devolution brainchild – is also worth a visit. Built spectacularly late (three years after it was supposed to be) and by some estimates forty times over-budget, from some perspectives the building can be somewhat of an eyesore, an amorphic concrete monstrosity. Get inside, however, and it’s a whole different story. The so-called ‘Garden Lobby’, where M.S.P’s, the public and tourists alike meet and socialise, will have you looking upwards to the leaf-shaped, mesmeric roof lights. The debating chamber itself has a fresh air, totally unlike its English counterpart and it roof is supported by numerous laminated wooden beams.

The city’s centrepiece – on top of a vast mound and around which the city’s nexus of streets flows, is the castle, the site of innumerable battles, fantastic both at night or day. Its crown jewels were hidden during the second World War – out of the genuine fear that Britain would be successfully invaded. By night it is spectacular and provides a panoramic view of the city.

Christmas is a probably the best time to be in the city. With a vast German Christmas market, cosy set of pubs and relaxed feel it the perfect antidote to those bored of the frenetic nature of London and other U.K cities and wanting to calmly drift into the festive season. 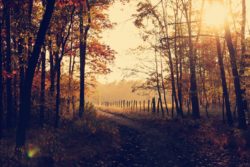 Where are the best places to go during autumn in the UK? 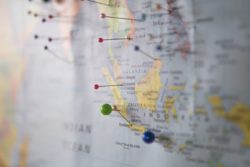 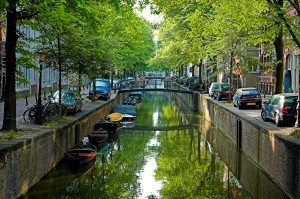