Will someone give me more than just a cockamamie reason as to why girls cannot get unhooked from mawkish, boy-meets-girl tales, even when they are set in a part-ER, part-Desperate Housewives frame that almost makes us want to scream out, “Surprise us, please!”? Here is Grey’s Anatomy, circling over and over again on its track of medicine, sex, deceit, friendship and (you won’t have seen this coming) love. And yet we turn our attention to it every Thursday night, dig out ways of relating to it, lie down thinking of how perfect Derek and Meredith are together, because beneath our dismissive habit of calling shows such as these ‘chick-flicky’, girls simply cannot deny that there exists in them a side that thirsts for sappy fulfillment. So I sit, hot coffee in hand, hoping that this time the high point of the show will not be the recurring snippets of suspense that linger over the fragility of the relationship of resident Dr. Meredith Grey and attending surgeon (AKA McDreamy, and rightly so with that naturally tousled hair and oh-so-dreamy eyes) Dr. Derek Shepherd. Because despite the engagement ring and the mother-in-law’s approval, the only thing that still grips us is the uncertainty of their love. Every week, Derek’s faith in their love is counter-measured by Meredith’s masochism.

Running counter to all this true love is the story of Dr. Callie, who fights to find something that may seal the final verdict on her sexuality as she moves from fighting over her ex-husband with recently confirmed necrophiliac Izzie Stevens to falling in love with Dr. Erica Hunt (yes, she’s a woman) to sleeping with Dr. Sloane (McSteamy, made infamous in a likeable way by his mastery over what happens behind the closed doors of the on-call room).

In the most recent episode, loveable Dr. Bailey prevails in her fight to save little Jack’s life, even though it calls for a bit of “stepping over the line” for both her and the Chief. Meredith messes up with Derek again when she chooses to visit the execution of the convict she had earlier been in charge of along with Derek, despite Derek’s aversion to the murderer. Izzie realizes her relationship with dead Denny is proof of her sickness, while Meredith Grey’s little sister Lexie Grey (Meredith’s previously unknown half-siblings seem to be popping up all the time) shadows the residents, contributing little to the story but more to the overall “good look” appeal of the show.

Since Dr. Addison Montgomery (Derek’s ex) left the show, in search of some sort of spiritual nirvana, Grey’s is left with almost no character with “to die for” looks apart from unforgivably hot surgeons Shepherd and Sloane. It’s true that the show is set in a hospital with doctors working 36 hour shifts, but honestly, where are the enviable looks, girls? No one’s asking for hot clothes (they clearly decided to join Dr. Addison on her permanent shift of practice venue), but I’m sure just a little more effort to look worthy enough to deserve partners as hot as Derek or Sloane won’t hurt too much? So here’s a show that lacks all the prerequisites of an ideal chick flick and yet is, in more than one way, exactly that! Perhaps the sentimental scores by the likes of Ingrid Michealson and The Fray help out? The opening and closing reflective narratives by each doctor on life, love, suffering and medicine? The balancing focus on the suffering endured by each patient and the undeniable bond that develops between the patient and their in-charge resident from which the character of each resident is brought to life?

Grey’s comes up with nothing too original every week apart from a peculiar case that requires dramatic coincidence and medical breakthroughs to solve and heal. Yet, this isn’t the reason why us viewers tune in to it every week. The drama, the (typical) fights, the (typical, again) “I’m meant for you”s, the pressure and the relationships assures our viewing for as long as it takes. It isn’t ever too late to start watching Grey’s Anatomy. Just two episodes will encapsulate all the five seasons by means of its diligent repetition that keeps the old hooked and gets the new familiarized. So, if you’re in the mood to get all pensive and girly, watch Grey’s this Thursday! Don’t hold back that side of you that yearns to relate to a story. No one needs to know that you’re wasting your time on something that will repeat with a probable change of just one scene the following week. It’s our secret. 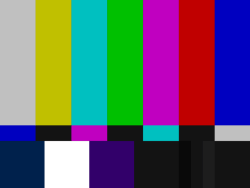 An LGBT history of television 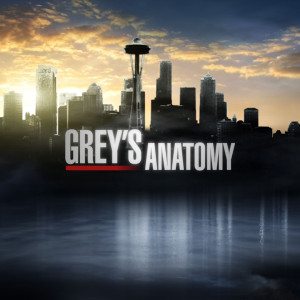 Grey’s Anatomy: The end of Meredith and Derek?

The Best and Worst TV roommates