I have an axe to grind. In this case a proverbial axe, but I wouldn’t put money on the
straightjacket of my civil upbringing to come out on top if I were to chance upon Sir John Bond, Vodafone’s Chairman. Indeed, I’d probably administer the feckless gobshite a ﬁerce bludgeoning…

My ire hasn’t been invoked by personal hatred, I ought to point out. I am sure Sir Bond is
a grand fellow. He probably loves his kids, etc. But his company has attempted to thwart me
at every opportunity in these last few months. For this I choose to hold him personally responsible. (Needless to say, appealing to hypothetic situations involving axes and physical punishment works a lot better when the wrongdoer is personiﬁed.) I won’t use this space to make laborious points to further my own ﬁlthy socialist agenda, but I do ﬁ nd this scenario is indicative of the general malaise and malice too often associated with Capitalism:

I have been with Vodafone for many years, and have had problems with them in the past.
The catalyst for the most recent train of events, however, began in Galway. I handed over €20 in their shop, typed in the top-up voucher number and waited for my money. It never came. I badgered Vodafone customer services for the next three weeks. It never came. Then they decided to fob me off with a vague promise of the top-up’s processing at some point in the indeterminable future. Again, I waited. By this point I was irked somewhat as you can imagine. Consequently I left the network –an action not without road-blocks, it would appear. First you have to get your ‘PAC Code’, a number which you must have in order to switch networks successfully. After one ﬁnal, belligerent rear-guard action in which they refused to give me the code until I could explain my reason for leaving, they yielded. I thought it was plain sailing. Alas, I was wrong.

My phone is a Vodafone produced Samsung model. I put a new SIM in it, but the handset
required ‘unlocking’. I rang Vodafone, who told me it would take ‘384 hours’ to unlock my hand-
set. The time elapsed without incident(rather predictably). They then told me that it was
Samsung who held the codes to unlock my phone. Upon crosschecking this with Samsung
it transpired that one of them was telling a ﬂagrant lie: According to their helpline, Samsung
do not hold codes to unlock handsets in this fashion. So. Where shall I place my axe?

It is my belief, though I cannot legally substantiate any of this, that Vodafone are giving
me the two ﬁngers for my disloyalty to the cause. Just as they never gave me my €20, and
continue to prevaricate, they appear to be withholding the information I need in order
to be rid of their clutches once and for all. As soon as it was made apparent that I would be
jumping ship to another provider they lost all interest in me as a potential source of income. Thus my economic value remains the only criterion for their acquiescence. As a result I have been left high and dry, forced to rely on an eyesore of a handset. I remain on the lookout for a phone merchant dodgy enough to unlock my handset on the black market for me. Send tip-offs to the Boar ofﬁce… 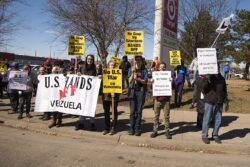 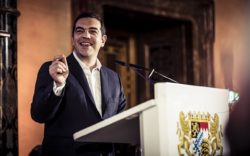 Why Halloween must be considered the best holiday